Posted on December 1, 2021 by tonyheller

During October 1897, a typhoon and storm surge killed 7,000 people in and around Tacloban, Philippines.

MAIL advices, brought by the steamer Gaelic from Chinese and other ports in the Far East, contain details of the fearful destruction wrought in the Phillipine Islands by the typhoon and tidal wave during October. It is estimated that 400 Europeans and 6000 natives lost their lives, many being drowned by the rush of water, while others were killed by the violence of the wind. Several towns have been swept or blown away. The hurricane first struck the Bay of Santa Paula, and devastated the district lying to the south of it. No communication with the neighborhood was possible for two days. The hurricane reached Leyte on October 12, and striking Tacloban, the capital, with terrific force, reduced it to ruins in less than half an hour. The bodies of 126 Europeans have been recovered from the fallen build-ings. Four hundred natives were buried in the ruins. A score of small trading vessels and two Sydney traders were wrecked on the southern coast, and their crews drowned. At Gamoa the sea swept inland for a mile, destroying property worth seven million dollars, and many natives lost their lives. The Government prison at Tacloban was wrecked, and of the 200 rebels therein half succeeded in making their escape. The town of Hermin was swept away by flood, and its 5000 inhabitants are missing. The small station of Weera, near Loog, is also gone, while in Loog itself only three houses are left standing. Thousands of natives are roaming about the devastated province seeking food and medical attendance. In many cases the corpses were mutilated as though they had fallen in battle, and the expressions of their faces were most agonizing”. 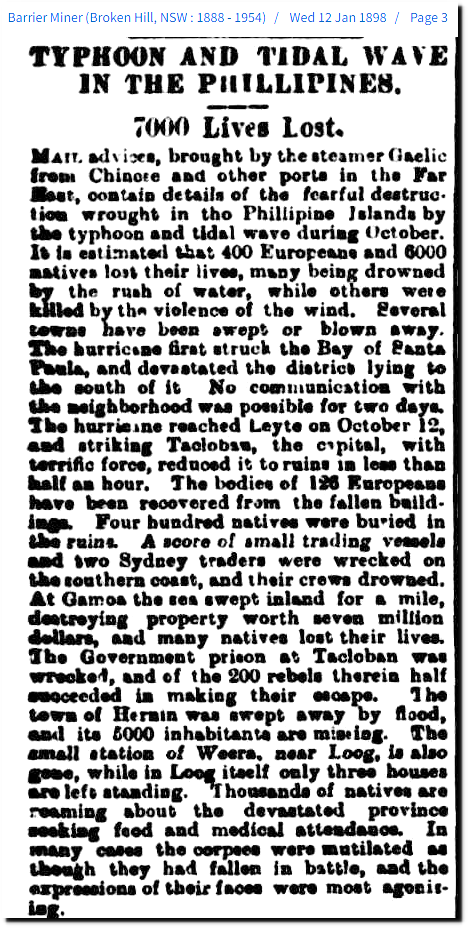 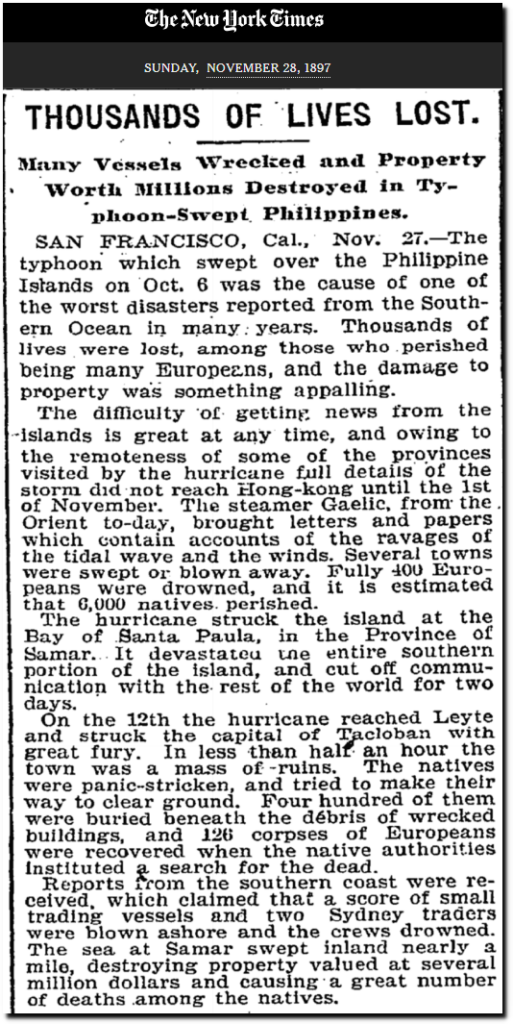 Tacloban was destroyed again by a typhoon in 1912. 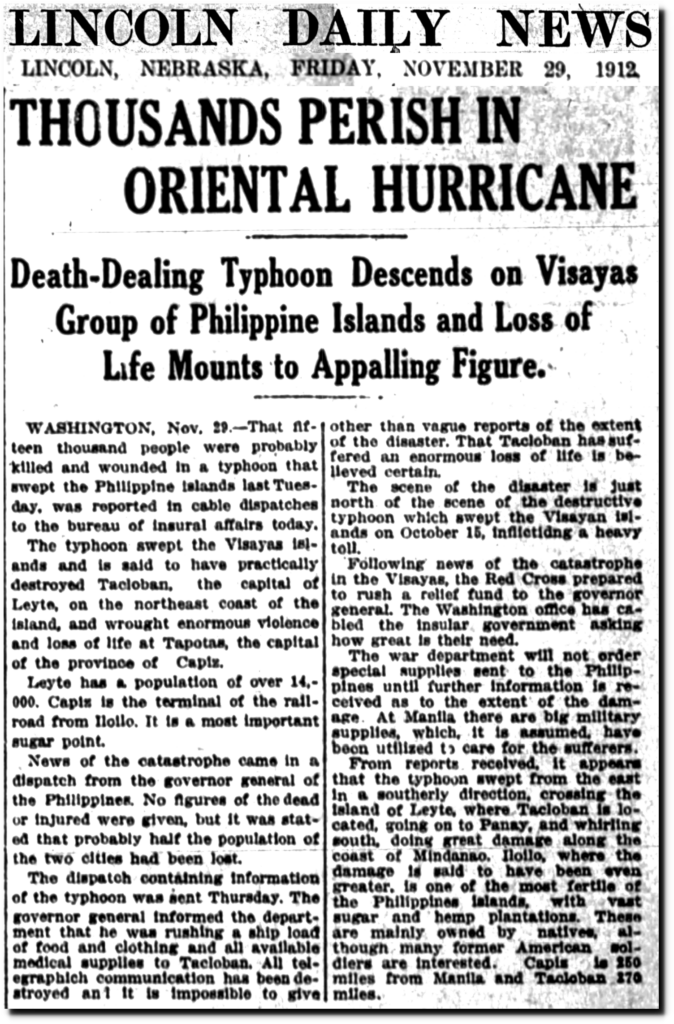 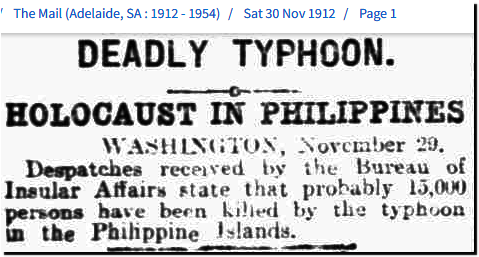 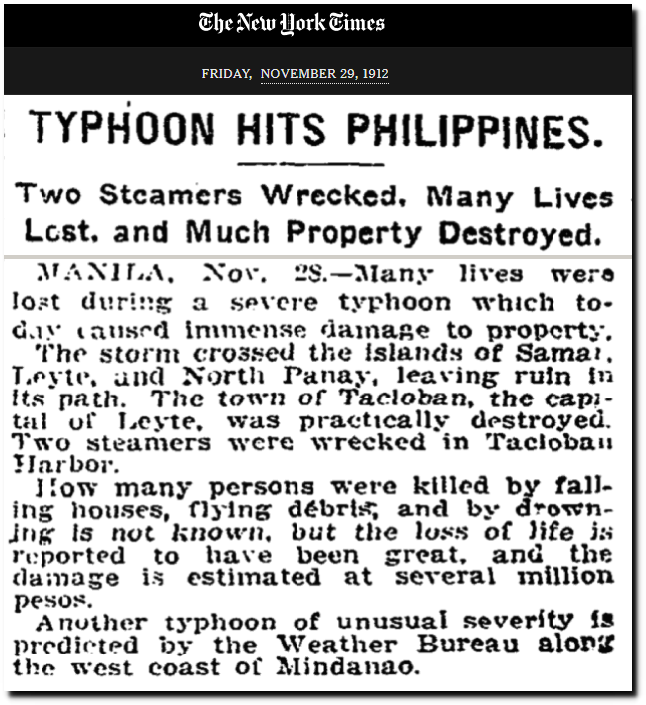 A century later they had a similar typhoon. David Cameron said it was caused by climate change and Philippine government officials said nothing like that had ever happened before. 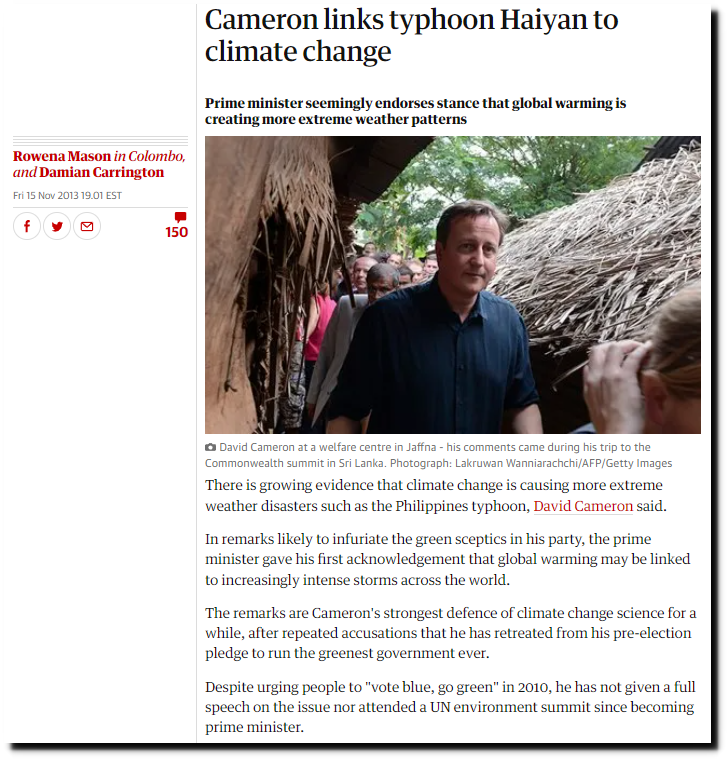 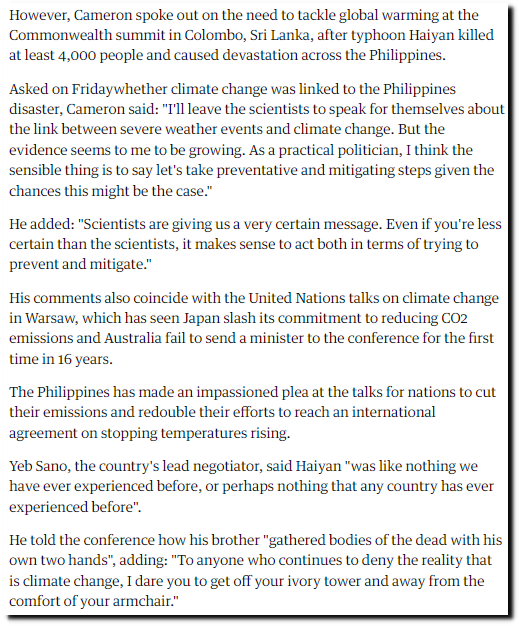 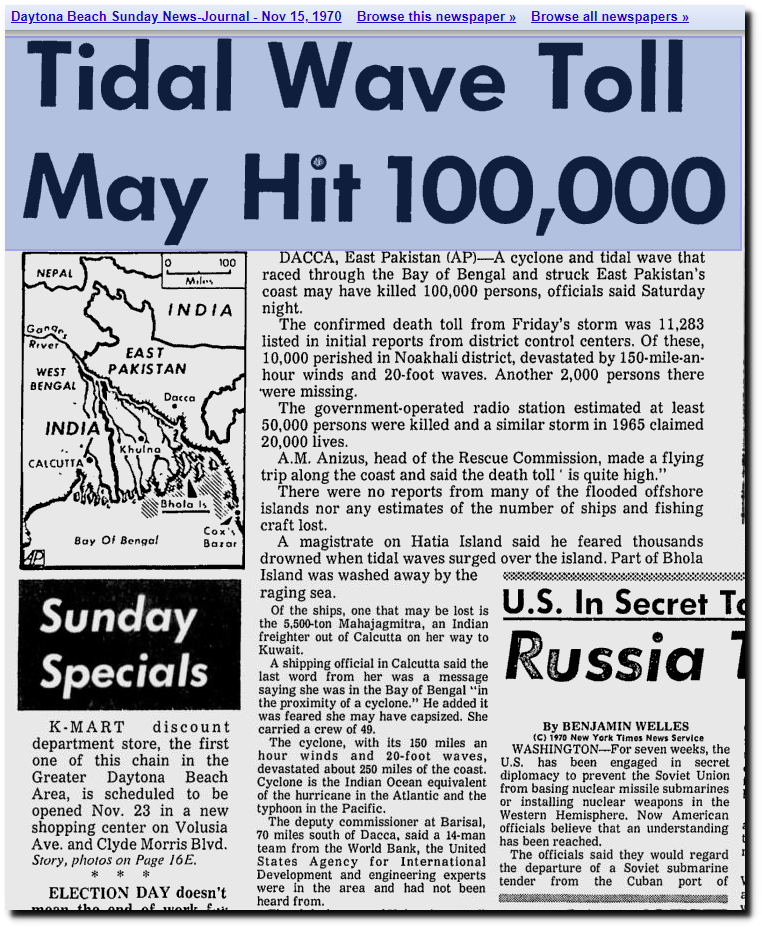 7 Responses to Another Genius In #10