Arctic sea ice extent is just below 2014 and the second highest in the past eighteen years. 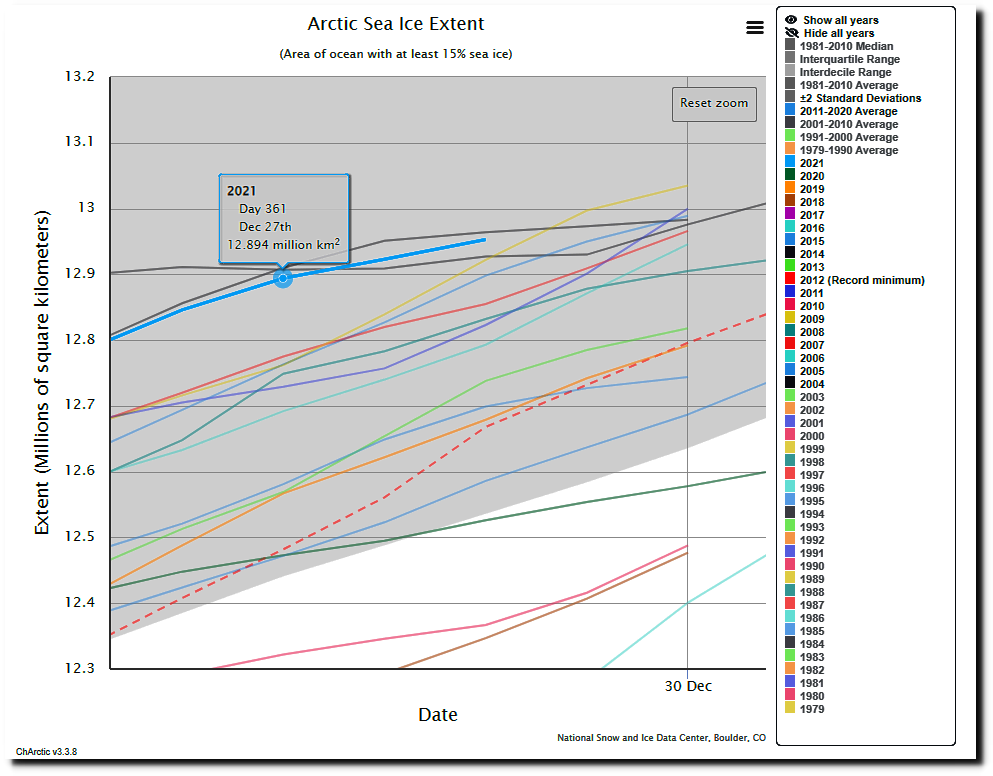 Cold northerly winds over the Bering Sea will likely push the extent above 2014 during the next week. 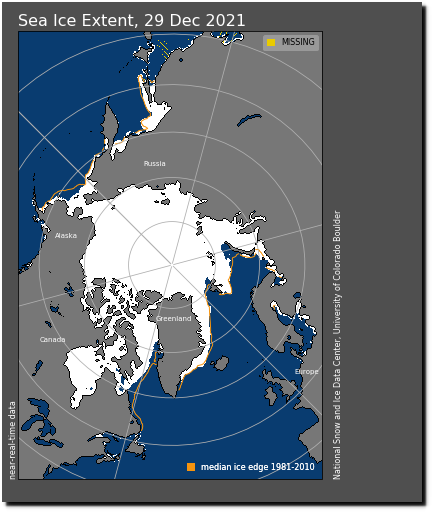 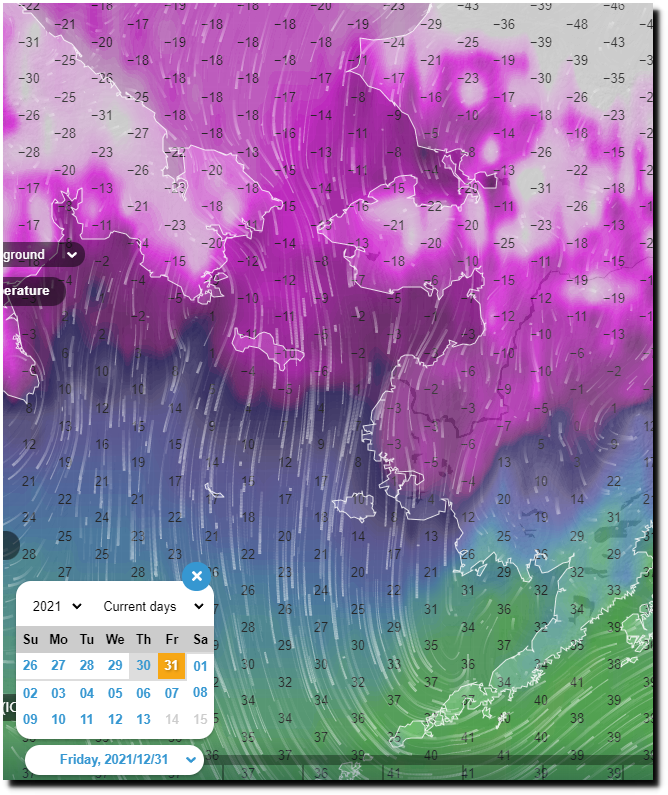 “Melting Arctic ice will have catastrophic effects on the world, experts say ….. If there is any doubt about climate change, look no further than the coldest regions of the planet for proof that the planet is warming at unprecedented rates, experts say.” 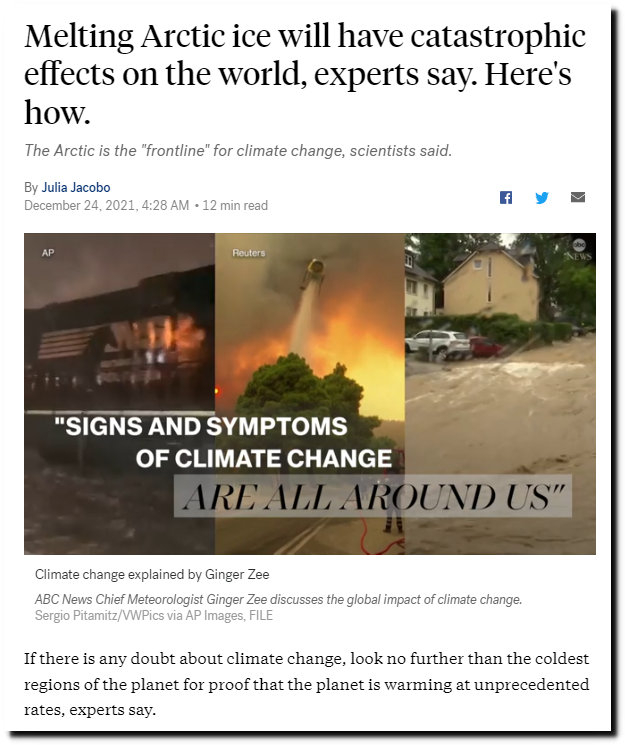 Melting Arctic ice will have catastrophic effects on the world, experts say. Here’s how. – ABC News