Civilization Off The Rails

“Record carbon emissions have lifted the Earth’s temperature about 0.8 degrees Celsius since the industrial revolution, and the planet is on a path to exceed the UN-endorsed maximum of 2 degrees Celsius (3.6 degrees Fahrenheit) of warming by 2100. As a result, sea levels are rising, oceans are acidifying and glaciers and sea ice are melting. Scientists predict more freak weather, droughts and stronger storms.” 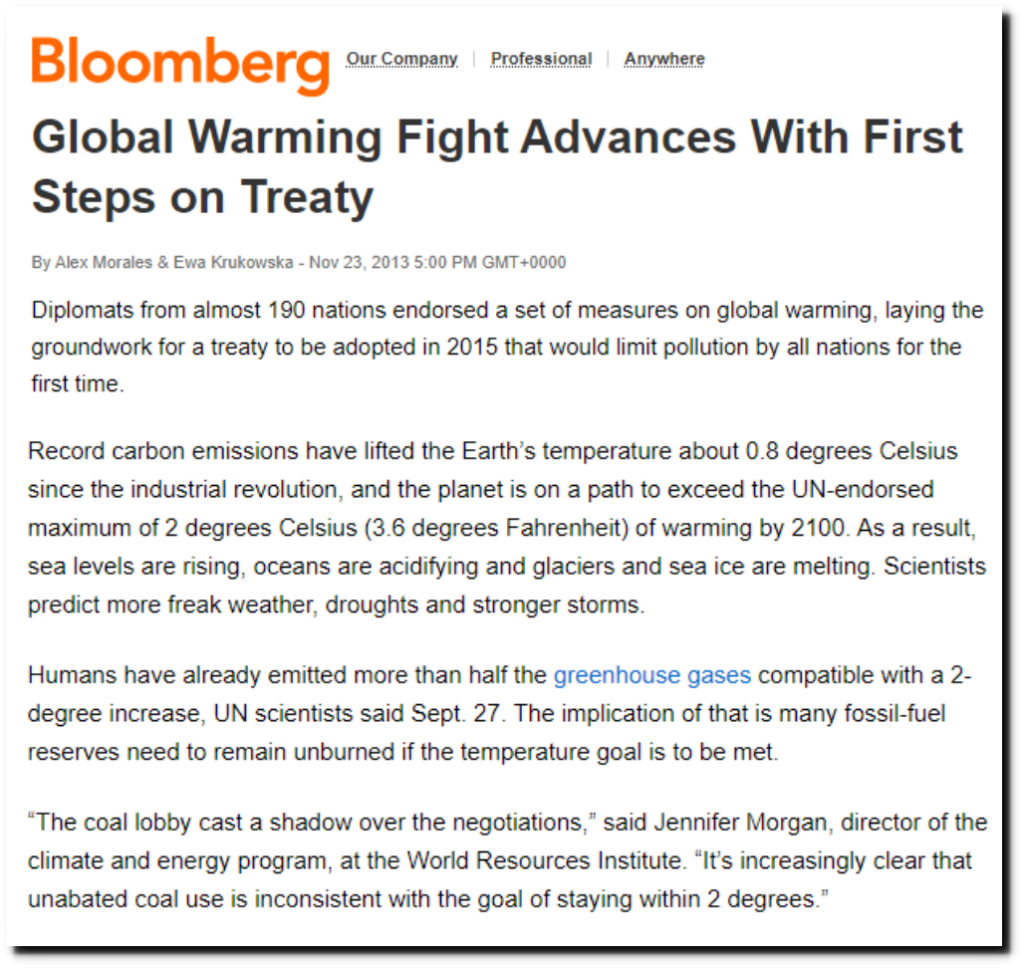 13 Responses to Civilization Off The Rails