In 1979, the New York Times explained the fallacy behind the widespread belief the weather was becoming more extreme and more variable.

“GENEVA, Feb 15 — This winter Chicago was paralyzed by snow. Last winter it was Boston. European Russia has just suffered its coldest December in a century. In Britain and Western Europe, the summer of 1976 was the hottest in 250 years. Droughts have recently killed 80 percent of the livestock in parts of Africa and have taken many human lives.

Dr. B. John Mason, director of the British Weather Services, told a news conference that, despite “a lot of loose statements.” he knew of no evidence that the current extremes were any greater or more frequent than those in earlier decades.

People become vividly aware of current hardships and forget those of the past, Dr. Mason and others said.” 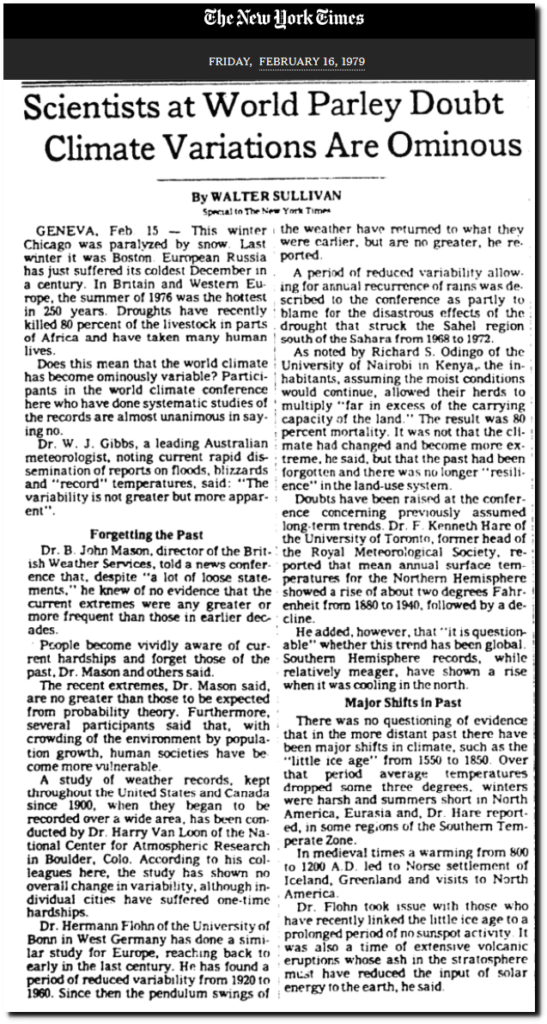 “This myth arises over and over again” “Much observation, which ought to correct a tendency to exaggerate, seems in some minds to have rather a tendency to increase it.”

2 Responses to “lot of loose statements”