DEAR AMERICAN PEOPLE, DEAR FRIENDS, for two years now, a global coup has been carried out all over the world, planned for some time by an elite group of conspirators enslaved to the interests of international high finance. This coup was made possible by an emergency pandemic that is based on the premise of a virus that has a mortality rate almost analogous to that of any other seasonal flu virus, on the delegitimization and prohibition of effective treatments, and on the distribution of an experimental gene serum which is obviously ineffective, and which also clearly carries with it the danger of serious and even lethal side effects. We all know how much the mainstream media has contributed to supporting the insane pandemic narrative, the interests that are at stake, and the goals of these groups of power: reducing the world population, making those who survive chronically ill, and imposing forms of control that violat ethe fundamental rights and natural liberties of citizens. And yet, two years after this grotesque farce started, which has claimed more victims than a war and destroyed the social fabric, national economies, and the very foundation sof the rule of law, nothing has changed in the policies of Nations and their response to the so-called pandemic” 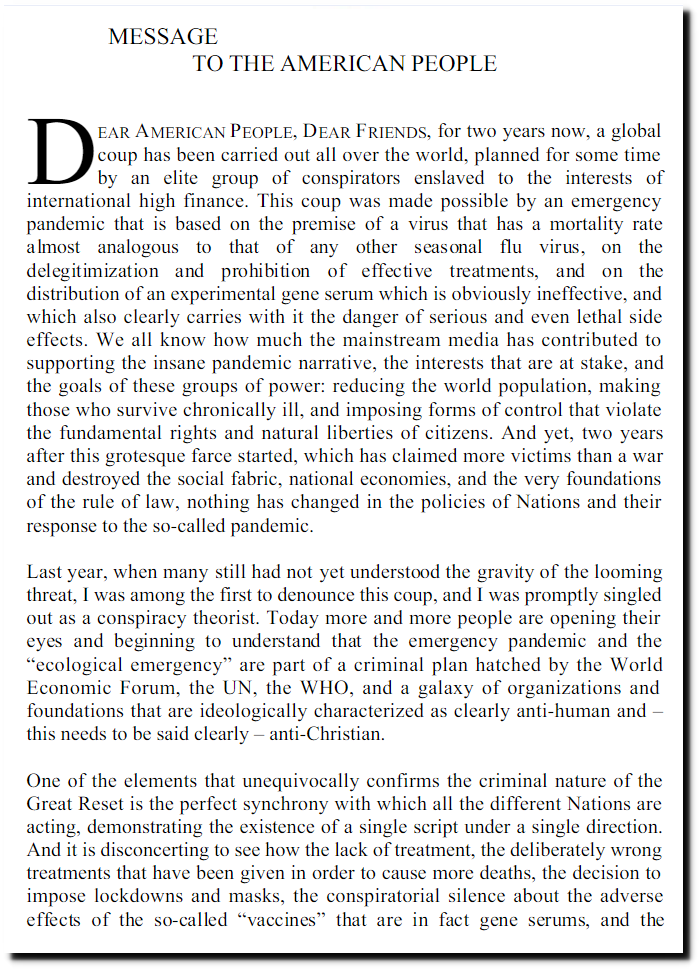 15 Responses to Message from Archbishop Vigano