Cold Is The New Hot

Ignore the fact that you are freezing – the Washington Post says the world is burning up somewhere else and that it rained in the center of Greenland for the first time. 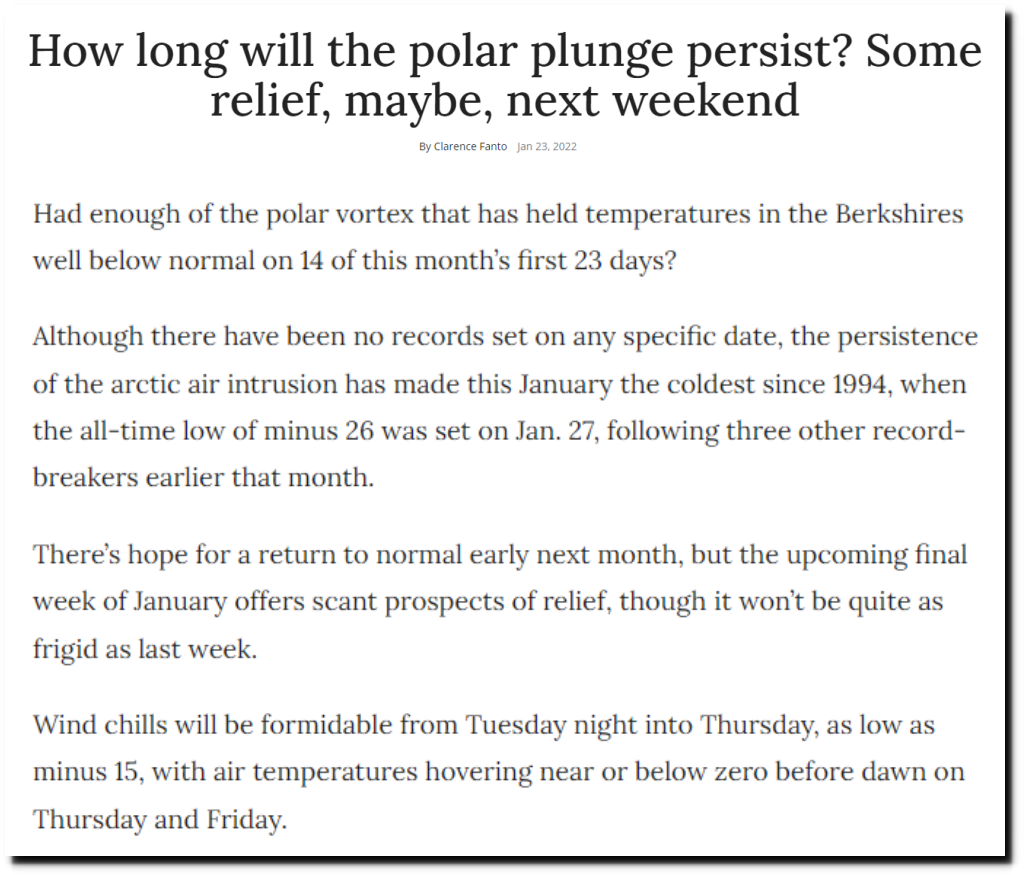 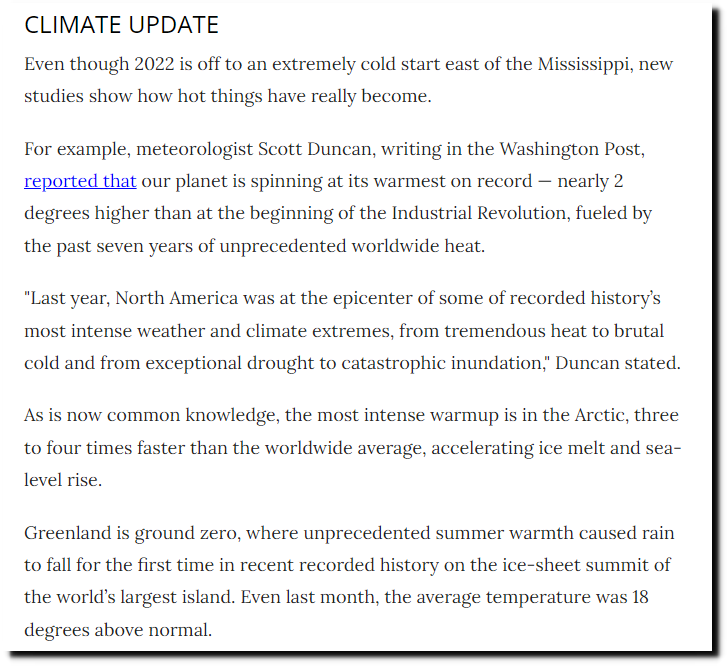 How long will the polar plunge persist? Some relief, maybe, next weekend | | berkshireeagle.com

“According to Hogue (1964) heavy rainfall seldom occurs above 6000 ft on the Greenland ice sheet. However, at Watkins (=75°N. 48°W. and elevation 8840 ft) rain was reported to have occurred in July 1933. Hogue also notes that in the Contrale-Eismitte area, drizzle and rain were each reported once in a three-year period, on 20 and 21 June 1950. respectively.” 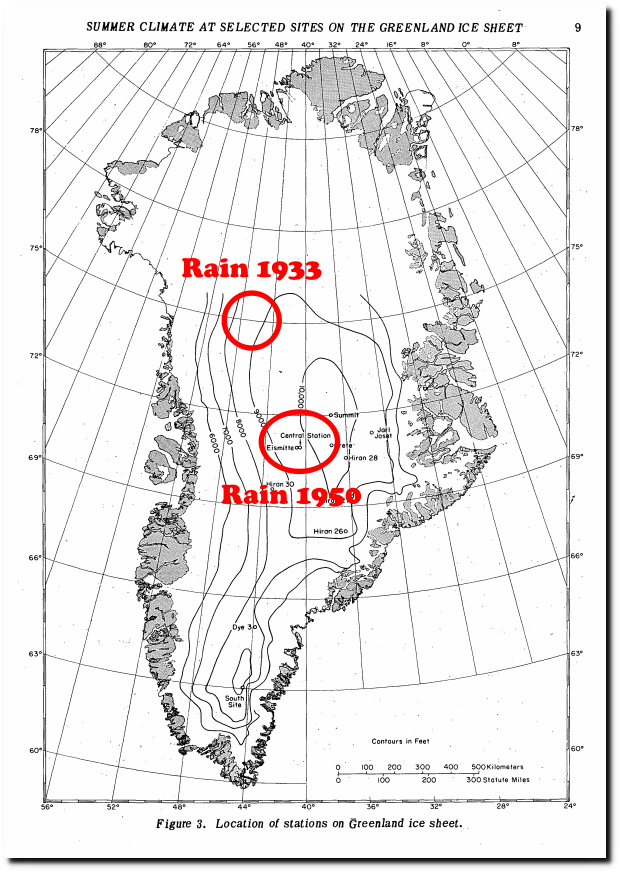 1 Response to Cold Is The New Hot