The Associated Press has announced that their fraudulent reporting on energy and climate is funded by billionaires who want to control the energy supply. They call this power and money grab through massive fraud “philanthropy.” 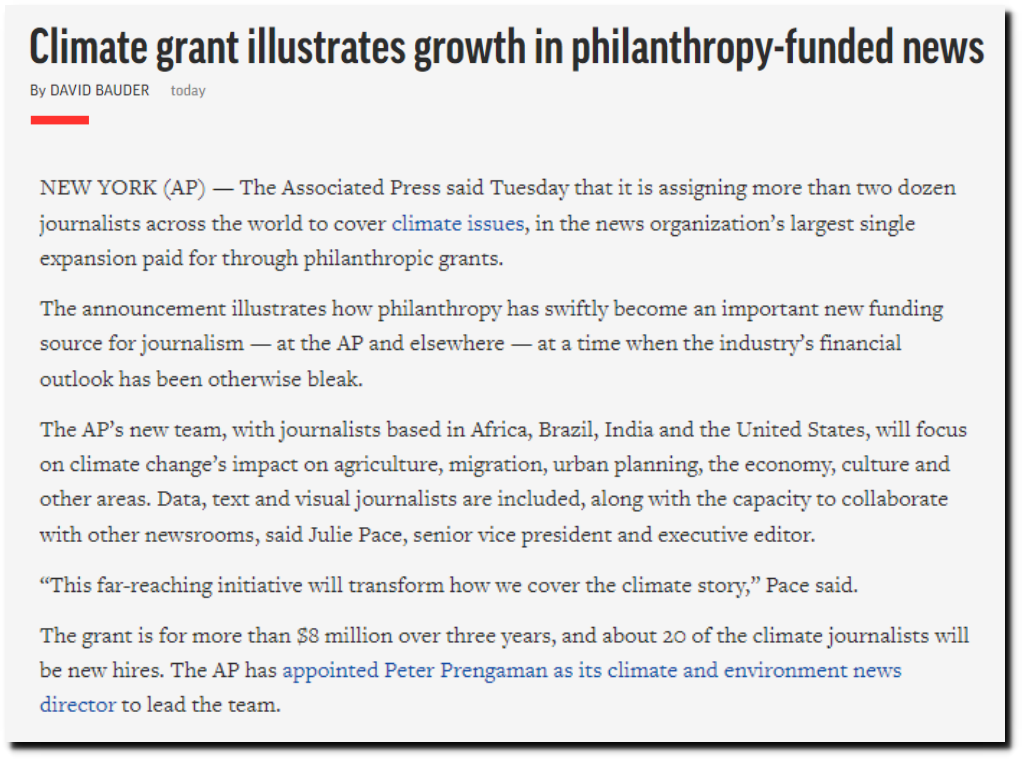 25 Responses to Associated Press Announces That Billionaires Control The News