US Bioweapons Lab In The Ukraine

Twelve years ago, Obama/Biden opened up a bioweapons lab in the Ukraine.

“U.S. Sen. Dick Lugar applauded the opening of the Interim Central Reference Laboratory in Odessa, Ukraine, this week, announcing that it will be instrumental in researching dangerous pathogens used by bioterrorists.

The level-3 bio-safety lab, which is the first built under the expanded authority of the Nunn-Lugar Cooperative Threat Reduction program, will be used to study anthrax, tularemia and Q fever as well as other dangerous pathogens.” 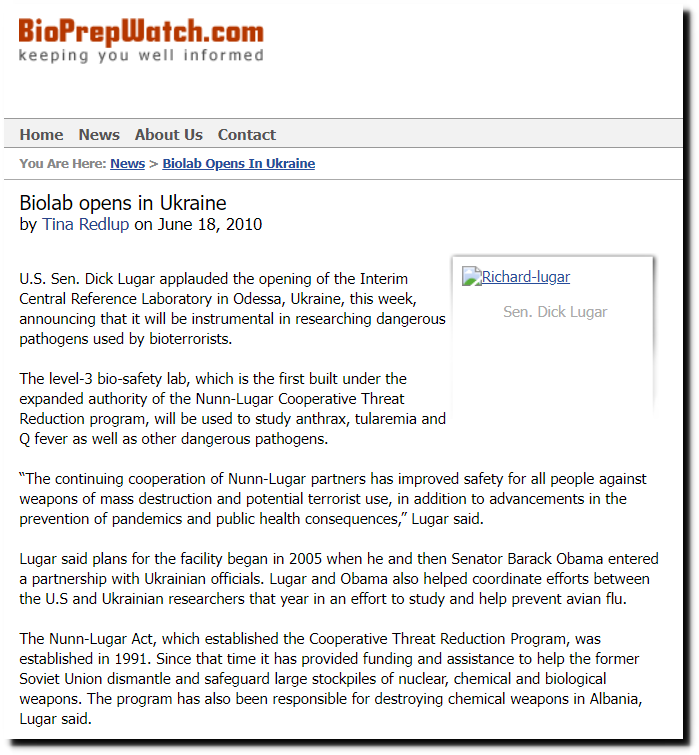 Last week, “fact checkers” tried to cover this up. 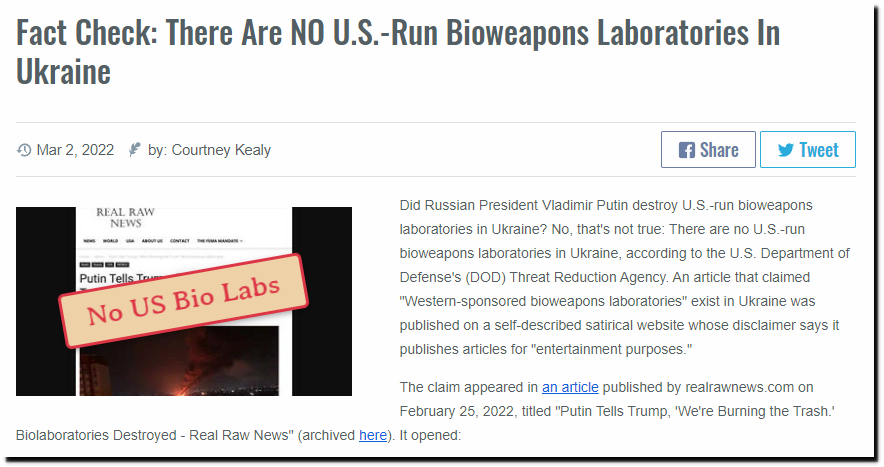 Fact Check: There Are NO U.S.-Run Bioweapons Laboratories In Ukraine | Lead Stories

Yesterday, Marco Rubio tried to blame the US Bioweapons on Putin.

4 Responses to US Bioweapons Lab In The Ukraine