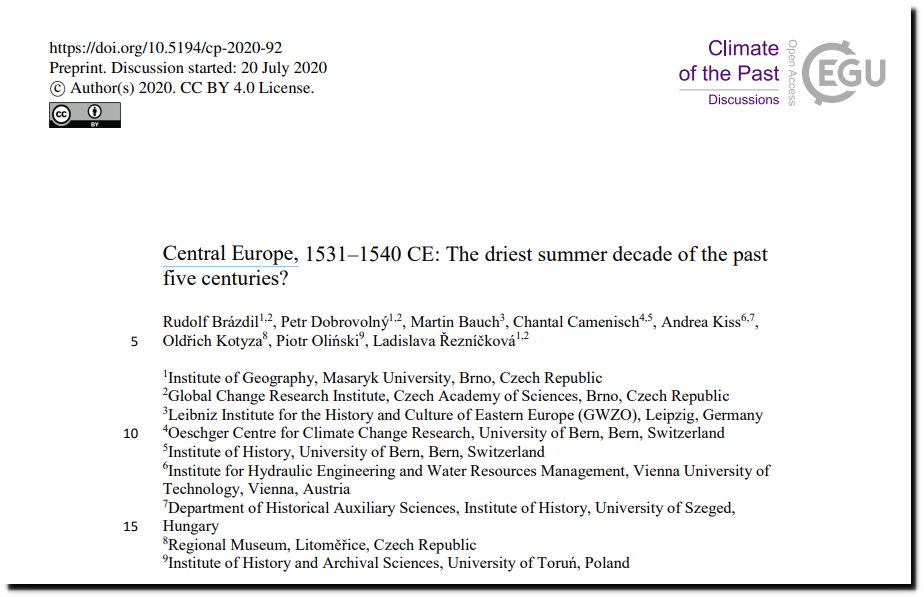 “These four years apparently experienced drought, with 1540 & 1541 particularly dry – in both these latter years, the Thames was so low that sea water extended above London Bridge, even at ebb tide in 1541.”

“The heat of summer 2003 in Western and Central Europe was claimed to be unprecedented since the Middle Ages on the basis of grape harvest data (GHD) and late wood maximum density (MXD) data from trees in the Alps. This paper shows that the authors of these studies overlooked the fact that the heat and drought in Switzerland in 1540 likely exceeded the amplitude of the previous hottest summer of 2003, because the persistent temperature and precipitation anomaly in that year, described in an abundant and coherent body of documentary evidence” 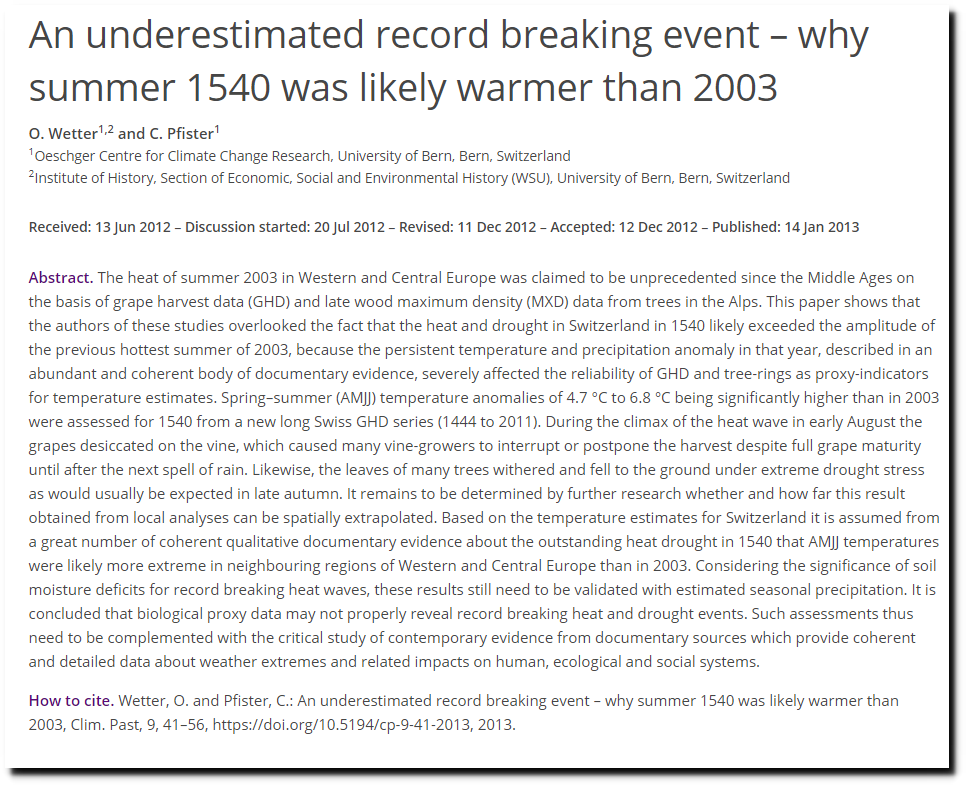 “Eleven months without rain, a million deaths – in 1540 an unprecedented drought devastated all of Europe. ”

“For eleven months there was almost no rain, the temperature was five to seven degrees above the normal values ​​of the 20th century, the temperature must have climbed above 40 degrees in midsummer. Countless forest areas in Europe went up in flames, acrid smoke obscured the sunlight, and not a single thunderstorm was recorded for the entire summer of 1540. As early as May, water was running out, wells and springs dried up, mills stood still, people starved, cattle were slaughtered. An estimated one million people died in Europe”

“It all started in northern Italy, with a winter that felt like July. Not a drop fell from October 1539 to early April 1540.” “The great drought of 1540 made the Indian tribes of the Mississippi Valley call on De Soto, the explorer, to intercede with his God that they might not perish from starvation.”