The rise of 22 deg. in the average temperature of Spitsbergen has not occurred at the expense of the Australian climate,  according to Sir Douglas Mawson

the ice at the poles is certainly decreasing,’ said Sir Douglas cheerfully” 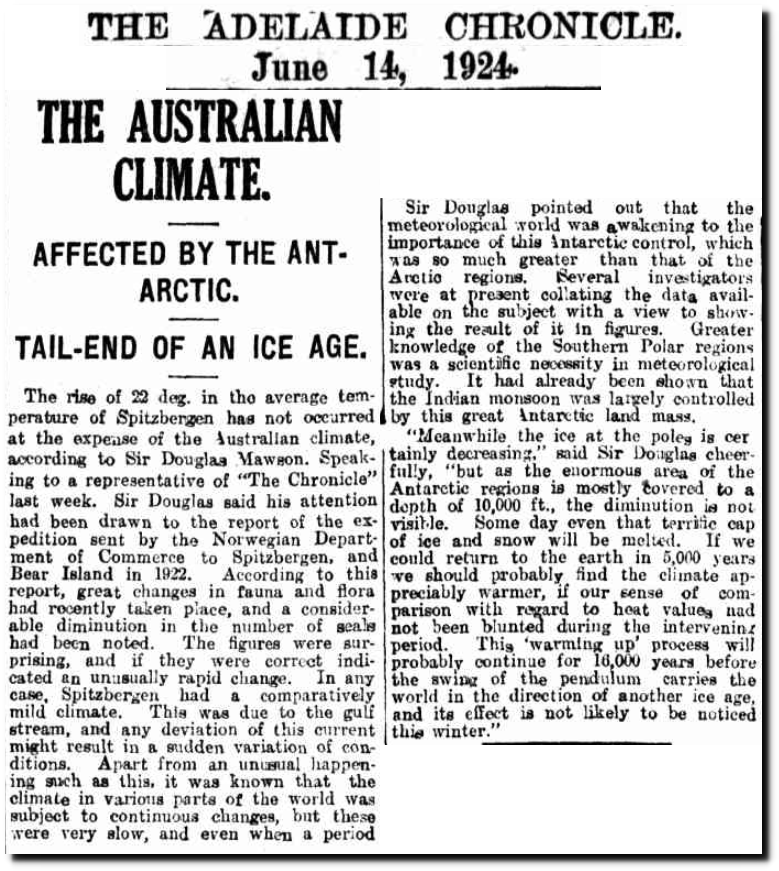 According to NASA, Earth cooled during the 45 years prior to 1924, and those were the coldest years on record. 5 Responses to 1924 : 22 Degrees Arctic Warming, Ice Disappearing At The Poles