Our leading intelligence experts apparently were unable to ask Hunter Biden, the laptop repairman or the FBI if it actually was Biden’s laptop.

“More than 50 former senior intelligence officials have signed on to a letter outlining their belief that the recent disclosure of emails allegedly belonging to Joe Biden’s son “has all the classic earmarks of a Russian information operation.” “If we are right, this is Russia trying to influence how Americans vote in this election, and we believe strongly that Americans need to be aware of this. “ 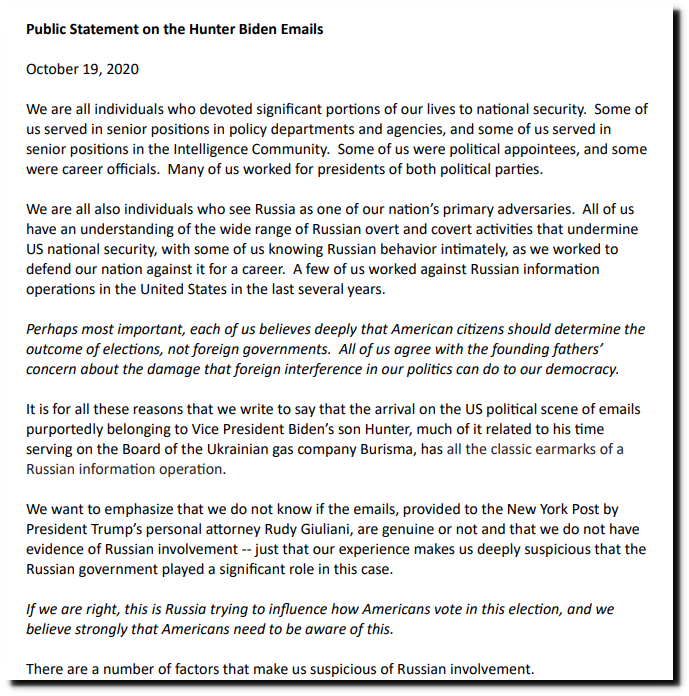