“WELLINGTON, June 8 (Reuters) – New Zealand on Wednesday released a draft plan to put a price on agricultural emissions in a bid to tackle one of the country’s biggest sources of greenhouse gases, belching sheep and cattle.” 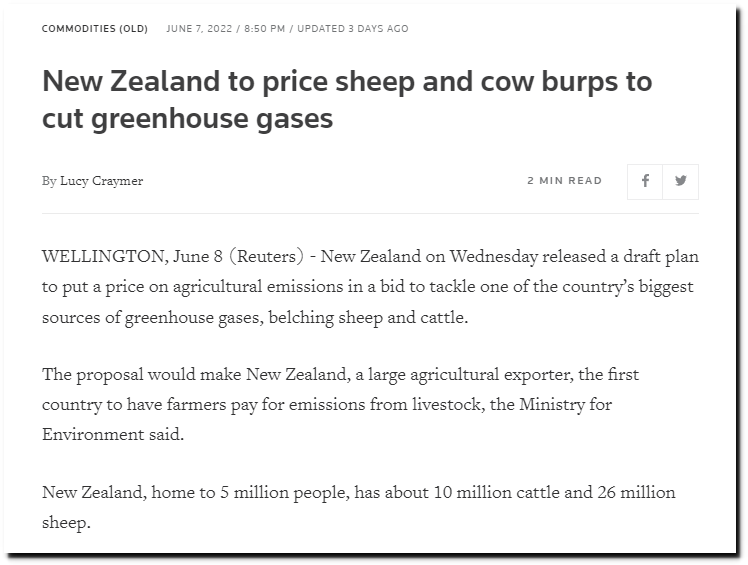