“Reject The Evidence Of Your Eyes And Ears”

“The Party told you to reject the evidence of your eyes and ears. It was their final, most essential command.”

Last winter was the coldest on record in Antarctica. 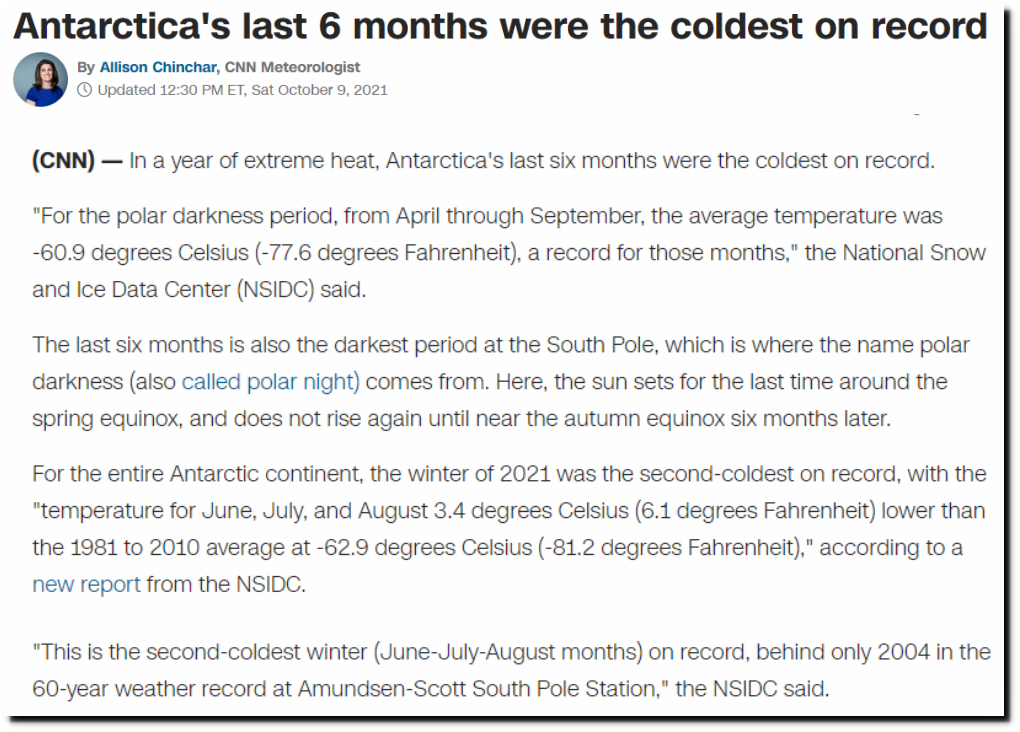 Antarctica’s last 6 months were the coldest on record – CNN

The North Pole is having one of their coldest summers on record. 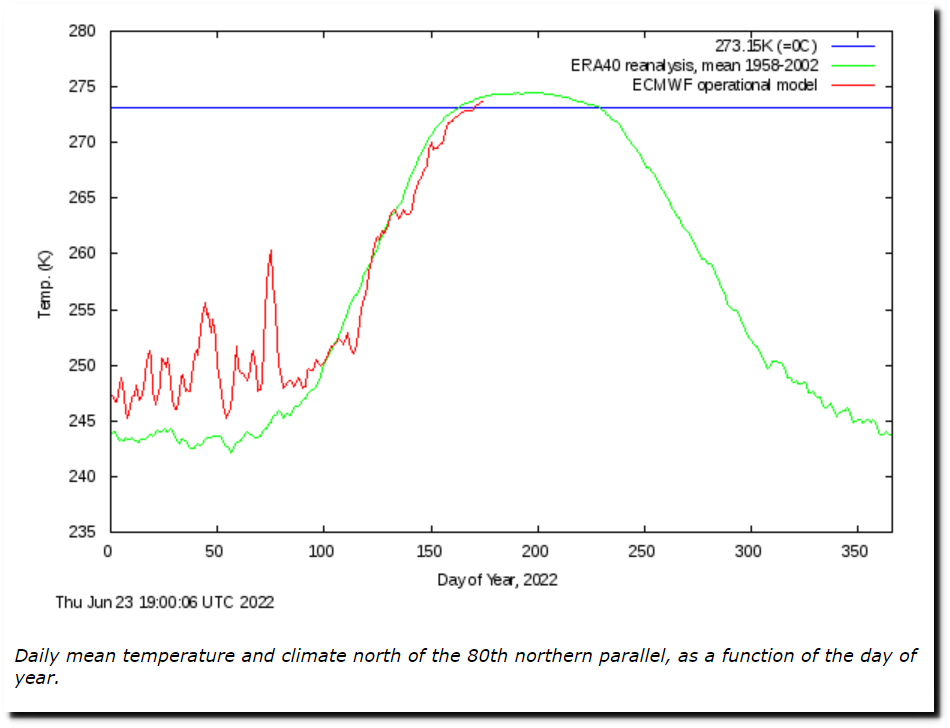 Australia is record cold and people struggling to keep their homes warm. 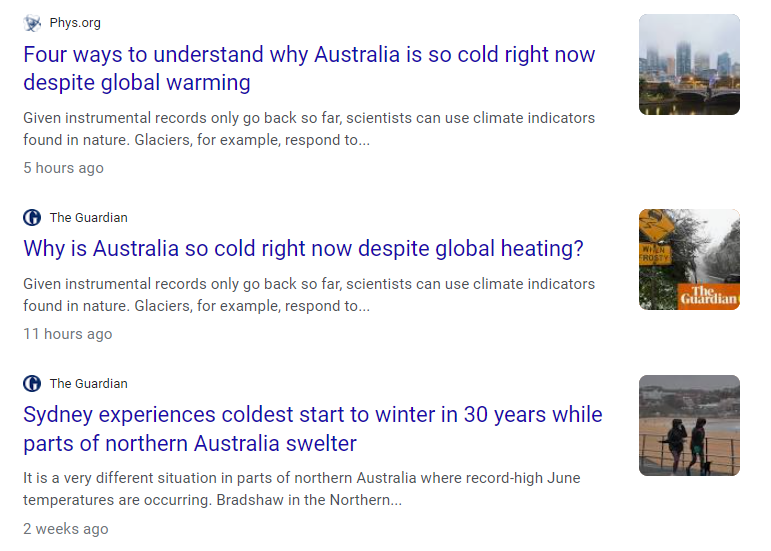 There is too much snow to ski. 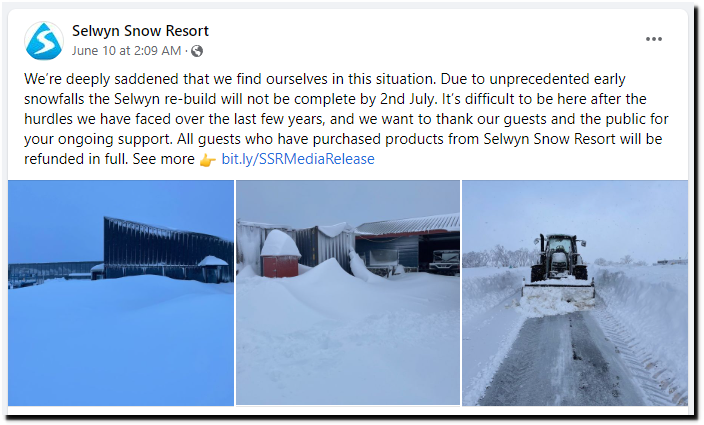 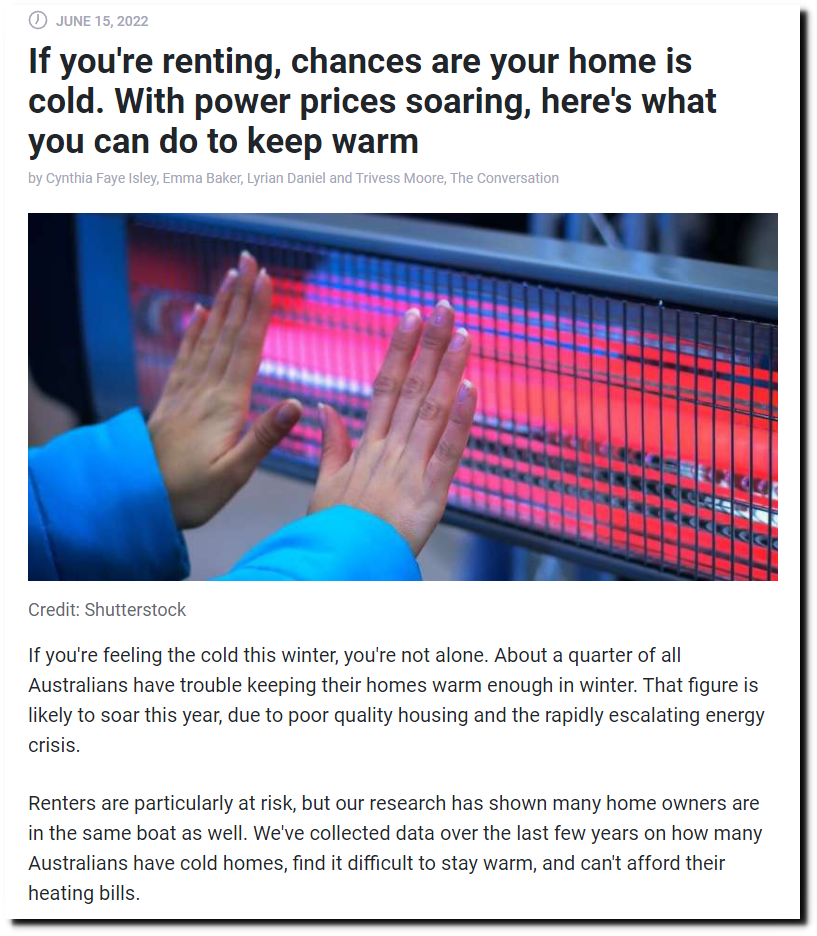 If you’re renting, chances are your home is cold. With power prices soaring, here’s what you can do to keep warm

So the Guardian is telling people to ignore the cold and go along with their plans to make energy more expensive and less available. 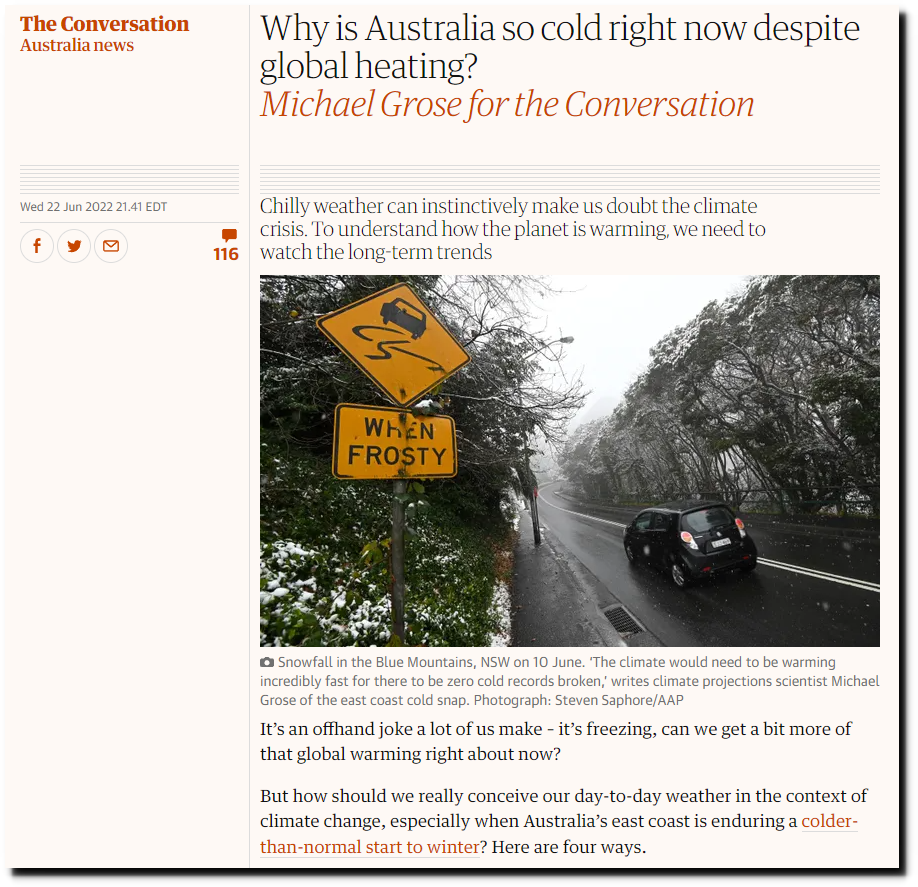 Why is Australia so cold right now despite global heating? | Michael Grose for the Conversation | The Guardian

9 Responses to “Reject The Evidence Of Your Eyes And Ears”