The worst megadrought in North America occurred between the years 1150 and 1159. 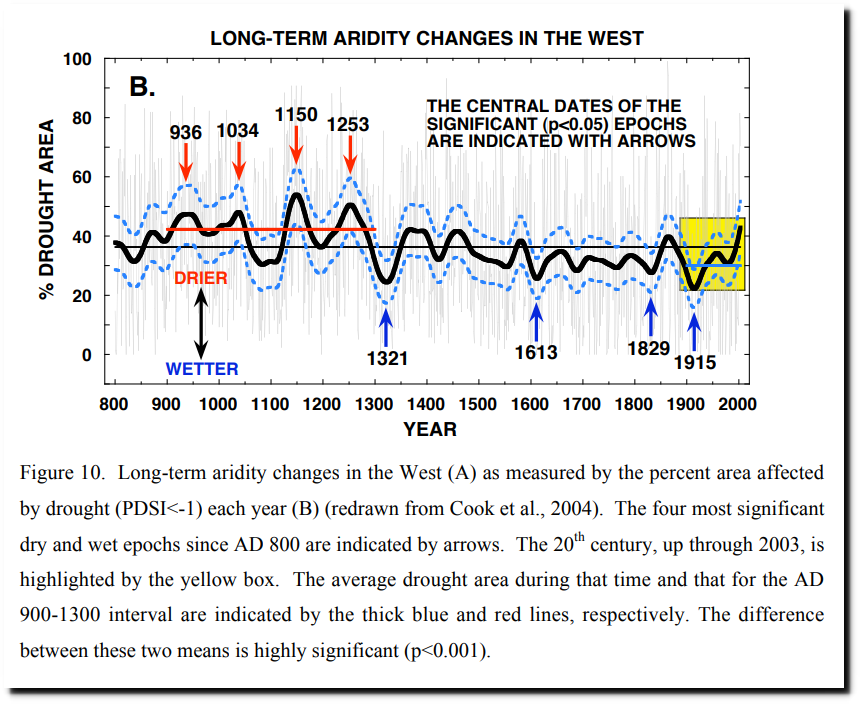 4 Responses to “the worst North American megadrought since AD 951”