The world’s #1 climate fraudster is threatening Arizona Senator Sinema unless she gives him and his fellow fraudsters tens of billions of taxpayer dollars. 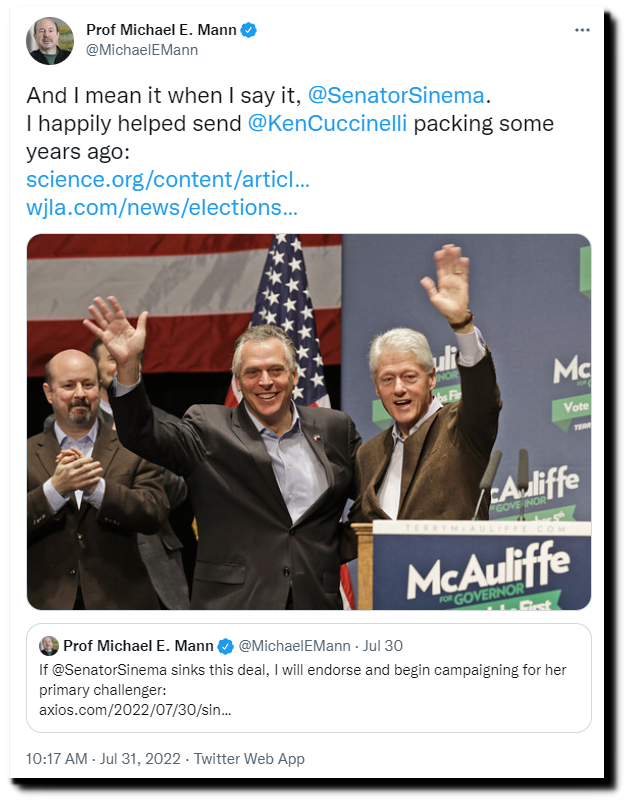 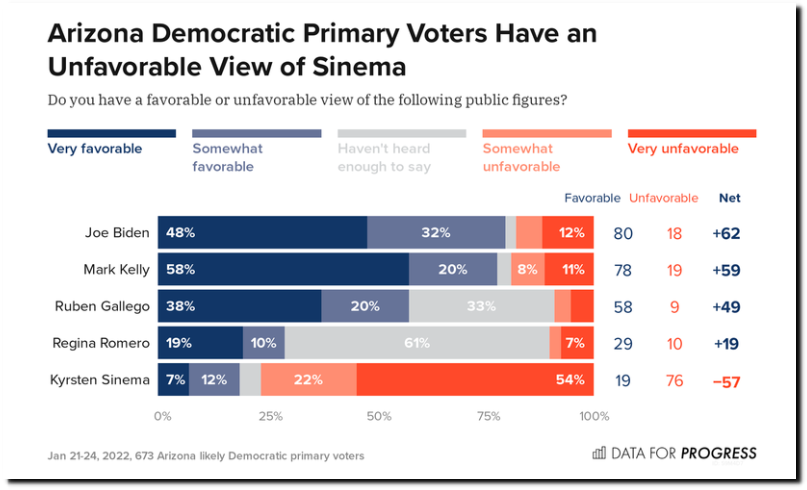 Sinema was never elected.  The Maricopa County Democrat election fraud machine installed her in 2018.  She was trailing for days after the election, and then in one day’s counting 50/50 Maricopa County came in at 63/37 for Sinema. That put her over the top. I was living in Maricopa County and tweeted about it at the time.

15 Responses to Mann Threatens US Senator