NPR ran this story about California energy, under the heading of “CLIMATE”

“The state is rapidly building huge battery projects for that purpose, so power generated during the day can be stored for use at sunset. But so far, it’s still a small fraction of what’s needed.” 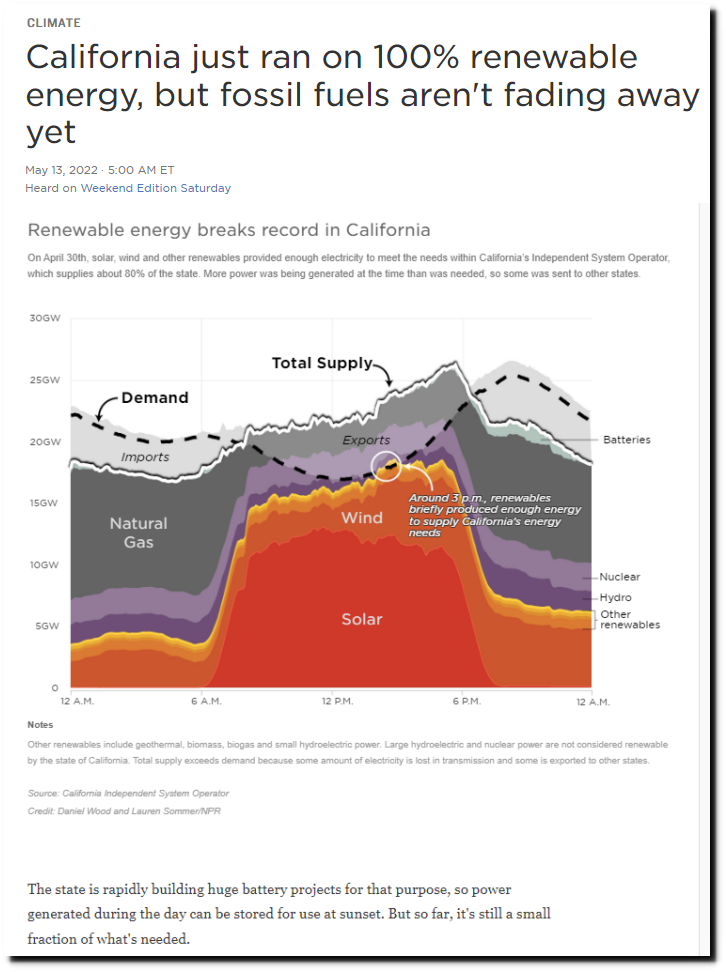 California uses about 65 million gallons of liquid fuels per day for transportation.  NPR somehow missed that. 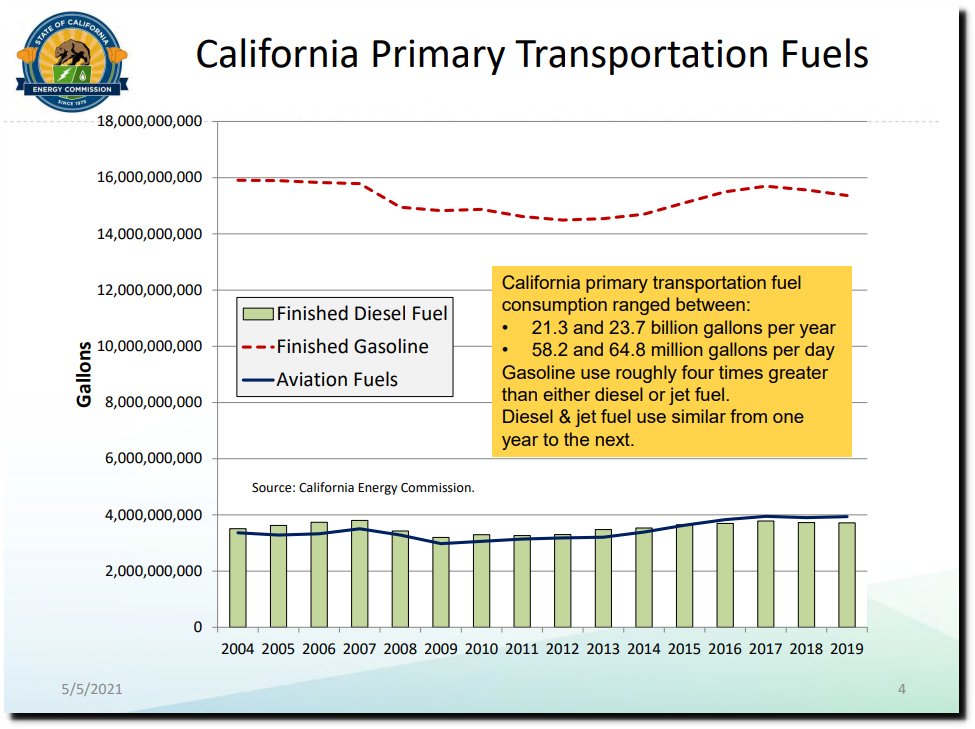 California’s battery storage can provide about 2% of their electricity needs for four hours – until the batteries go dead. 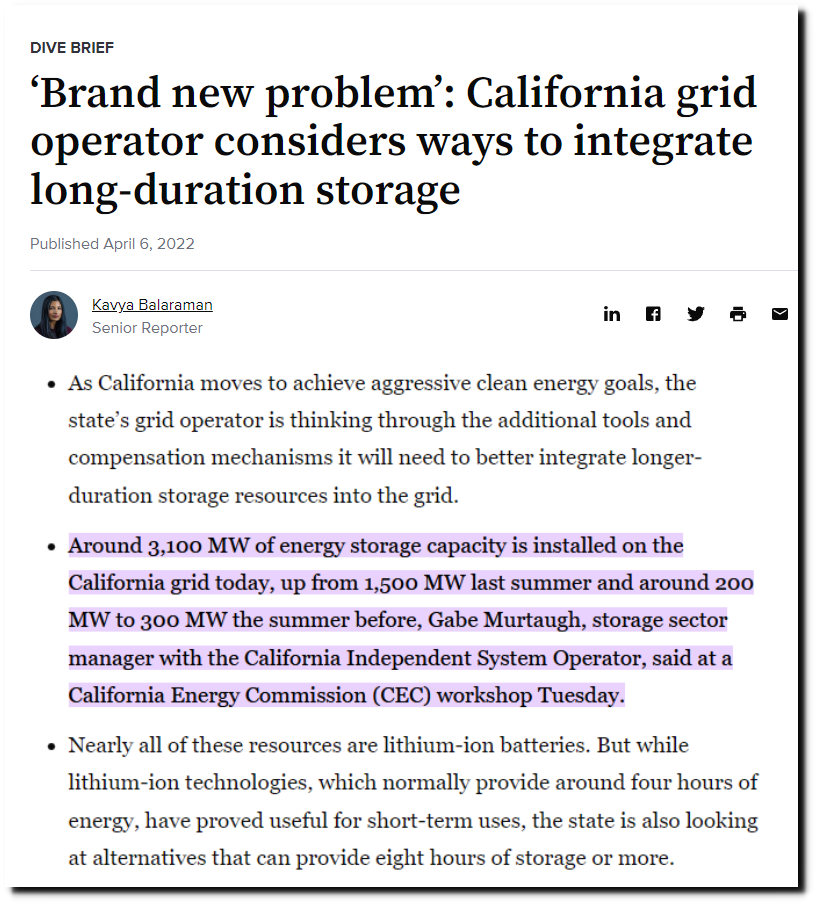