BARABOO, Wis., July 18.—Today was the hottest day on record in this section, At noon the thermometer registered 103 in the shade, The drought still continues and many farmers are selling off their stock for want of feed. The oats crop is a total failure,

SPRINGFIPLD, M1, July 15.—Advices from all over the central and southern parts of the state are to the effect that the continued heat and drought are burning the corn crop badly, and that if heavy rains do not occur soon the crop will be almost an entire failure. Potatoes, apples, berries and almost all vegetation are suffering greatly from drought.

LAFAYETTE, Ind., July i5.—Intense heat the past two weeks still continues. The temperature eat noon today was 99 to 101, according to the locality. Pastures re burning up and corn is badly shriveled. The loss In this county on corn is fully 20 per cent.” 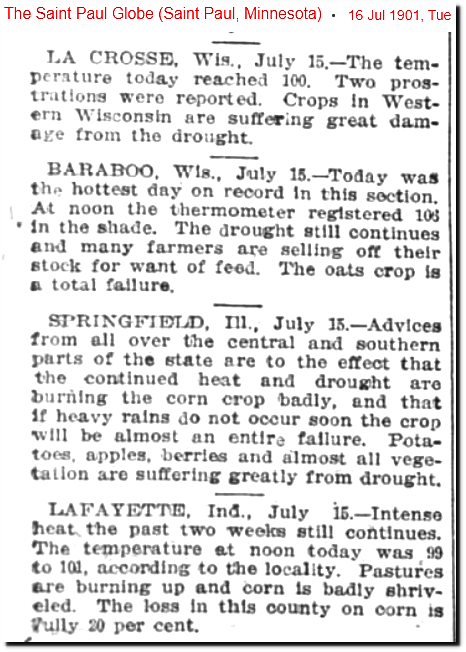 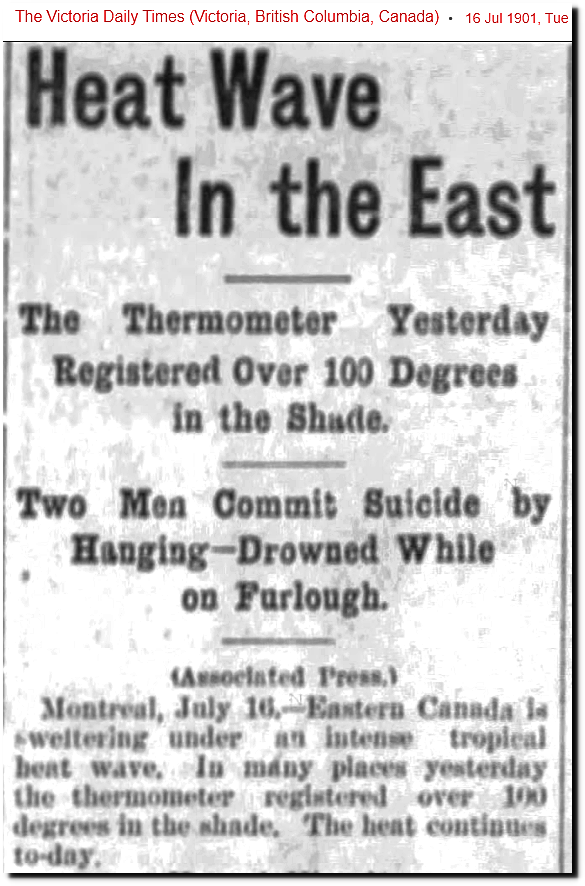 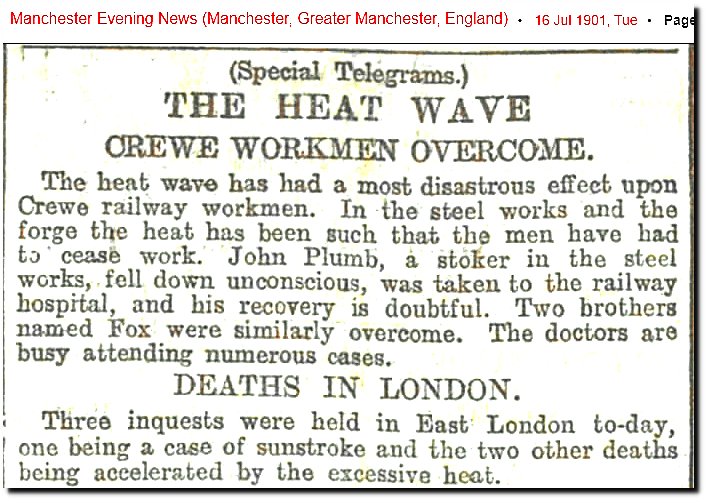