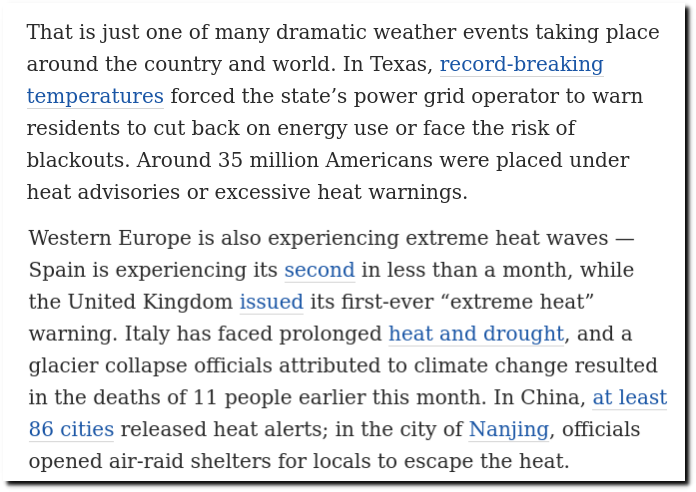 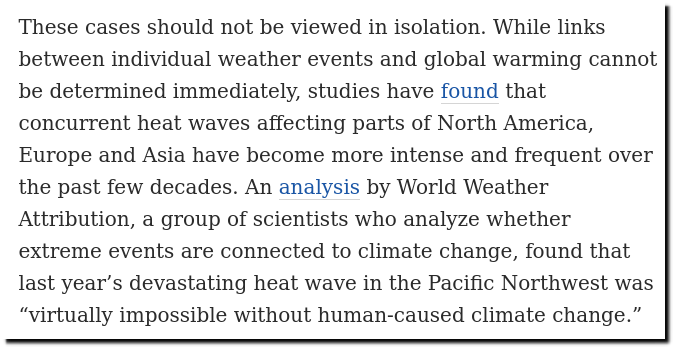 If the Washington Post editorial staff had of bothered to go the National Park Service web site, they would have known that fire is normal and essential for Sequoias.

“The importance of fire to giant sequoias cannot be overstated. Other than the change of seasons, fire is the most recurrent and critical process in determining the life his­tory of this species. Tree-ring records from giant sequoias show that frequent surface fires were the typical pattern of fire occurrence over the past 2,000 years. But this pattern changed after about 1860, when fire frequency declined sharply. This decline in regional fire was probably a result of intensive sheep grazing that began about this time (reducing live and dead vegetation that carries ground fire beneath the trees) and a decrease in fires set by Native Americans, followed by fire suppression by government agencies.” 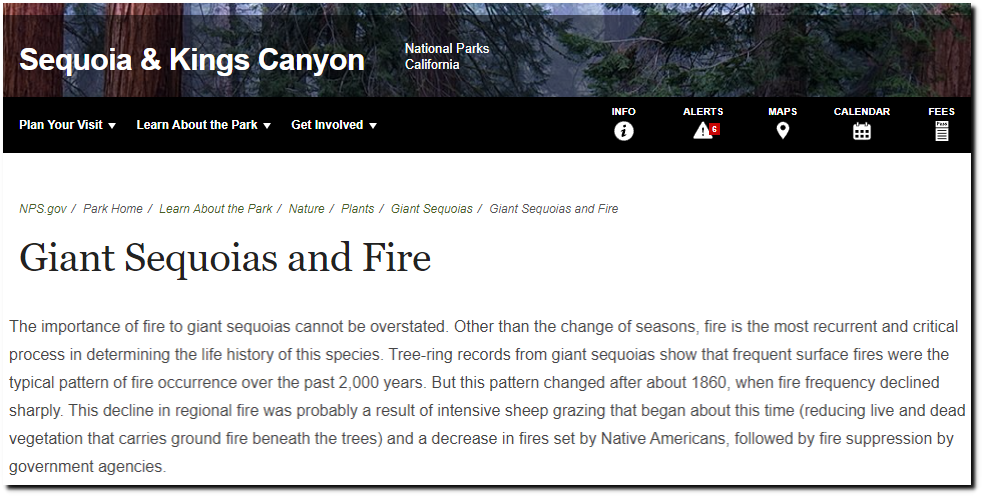