“When Democrats controlled both houses of the Virginia legislature, they passed a law binding the state to the automobile standards dictated by the California Air Resources Board (CARB), according to The Hill. Republicans have thus far failed to repeal the law.

Virginia Republican Attorney General Jason Miyares’s office confirmed to the outlet that the 2021 law was still in effect and that CARB’s rule requiring the end of fossil-fueled car sales by 2035 is therefore binding to the state. The California rule will not take effect in Virginia until 2024.” 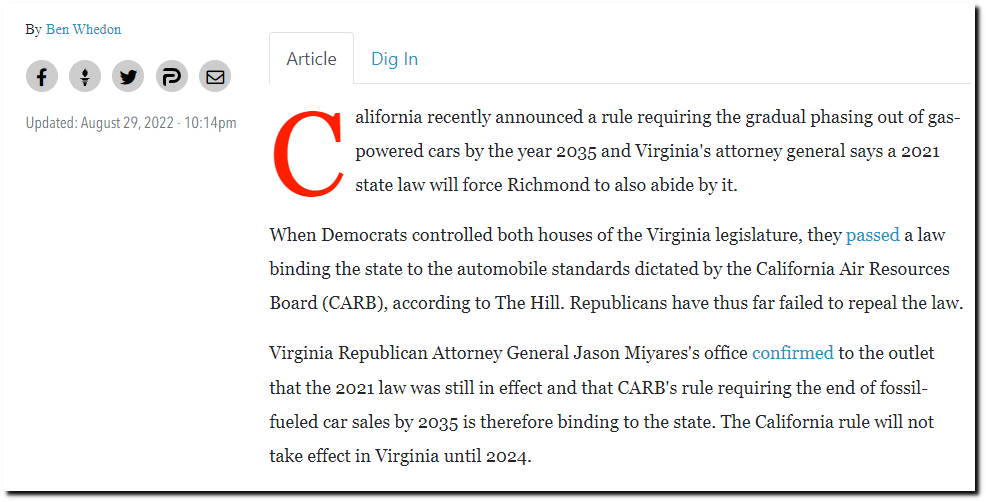 California’s plan to phase out gas-powered cars will apply to Virginia, AG says | Just The News