“Megadrought may be the main weather concern across the West right now amid the constant threat of wildfires and earthquakes. But a new study warns another crisis is looming in California: “Megafloods.” Climate change is increasing the risk of floods that could submerge cities and displace millions of people across the state, according to a study released Friday. It says that an extreme monthlong storm could bring feet of rain – in some places, more than 100 inches – to hundreds of miles of California. Similarly unrelenting storms have happened in the past, before the region became home to tens of millions of people. Now, each degree of global warming is dramatically increasing the odds and size of the next megaflood, the study says.” 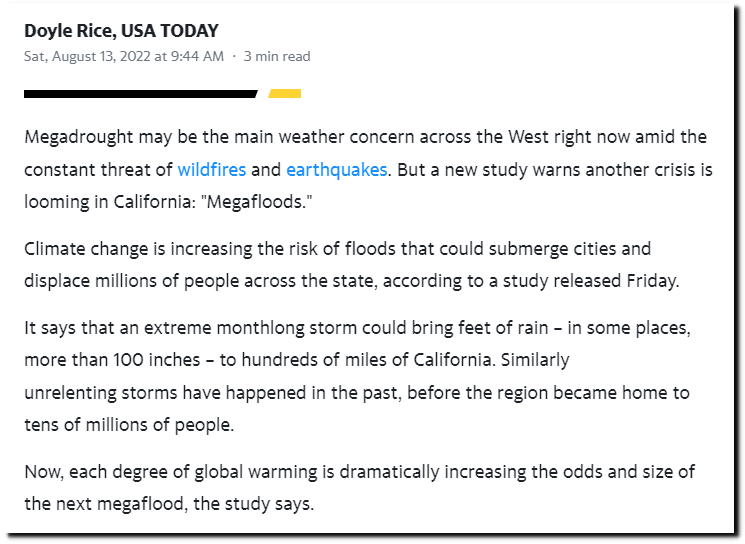 Experts warn California of a disaster ‘larger than any in world history.’ It’s not an earthquake.

The study is describing the 1861-1862 flood, which happened at much lowers CO2 levels and hasn’t happened since. 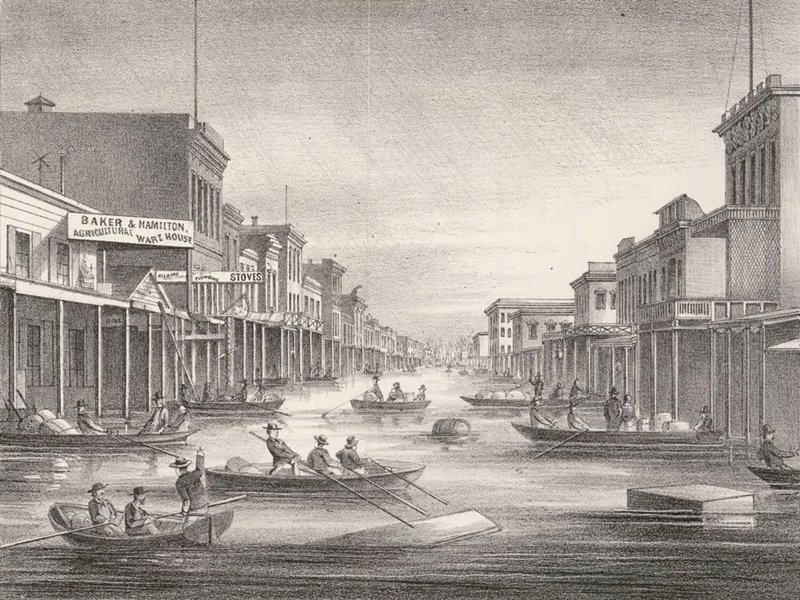 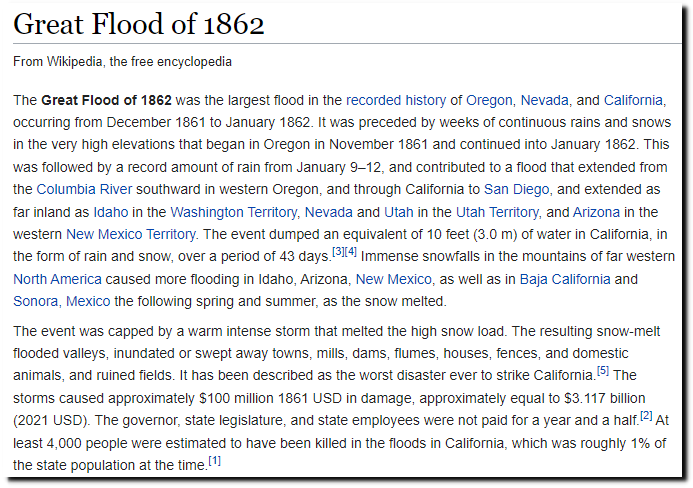 That flood was immediately followed by one California’s worst droughts from 1862-1865.

“After the deluge, what? The drought. It began in the fall of 1862, and lasted to the winter of 1864-65, The rainfall for the season of 1862-63 did not exceed four inches, and that of 1863-64 was oven less. In the fall of 1863 a few showers fell, but not enough to start the grass. No more fell until March. ‘The cattle were dying of starvation. Herds ‘of gaunt, skeleton-like forms, moved slowly over the plains in search of food. Here and there, singly or in small groups, poor brutes, too weak to move on, stood motionless with drooping heads slowly dying of starvation. It was a pitiful sight. -In the long stretch of arid plain between San Gabriel and the Santa Ana there was one oasis of luxuriant green. It was the vineyards of the Anaheim colonists kept green by irrigation. The colony lands were surrounded by a close willow-hedge, and the streets closed by gates. The starving cattle, frenzied by the sight of something green, would gather around the inclosure and make desperate attempts to break through. A mounted guard patrolled the outside of the barricade day and night to protect the vineyards from incursion by the starving herds.

The loss of cattle was fearful. The plains were strewn with their carcasses. In marshy places and around the cienegas, where there was a vestige of green, the ground was covered with their skeletons, and the traveler for years afterward was often startled by coming suddenly on a veritable Golgotha—a place of skulls—the long horns standing out in defiant attitude, as if protecting the fleshless bones. It is said that 30,000 head of cattle died on the Stearns Ranchos alone. ‘The great drought of 1863-64 put an end to cattle raising as the distinctive industry of Southern California.” 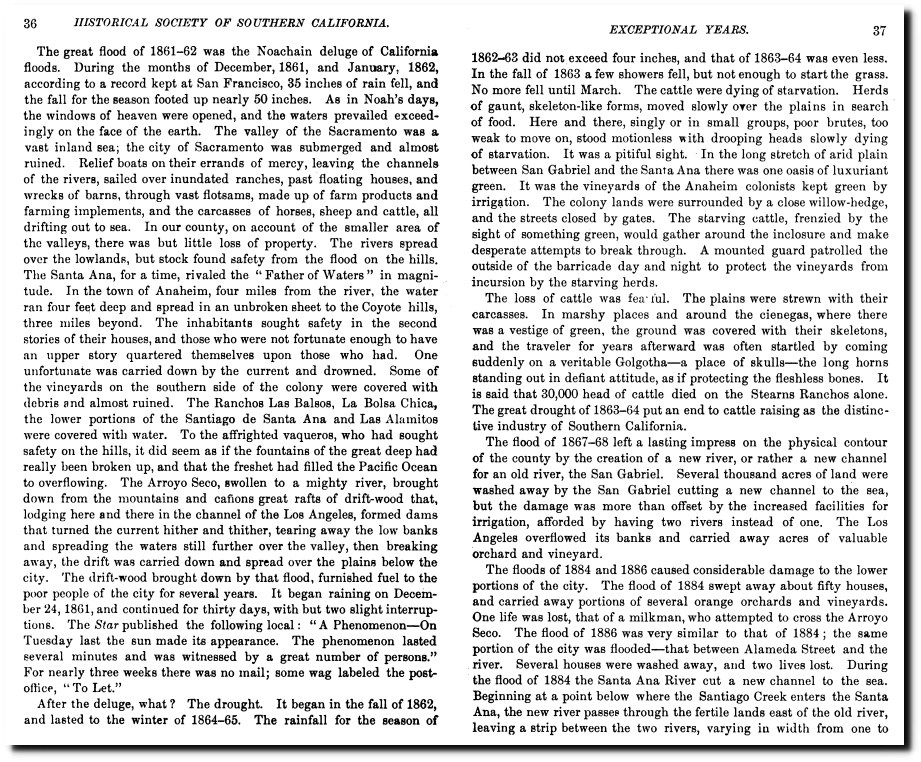 5 Responses to Forecasting The Past