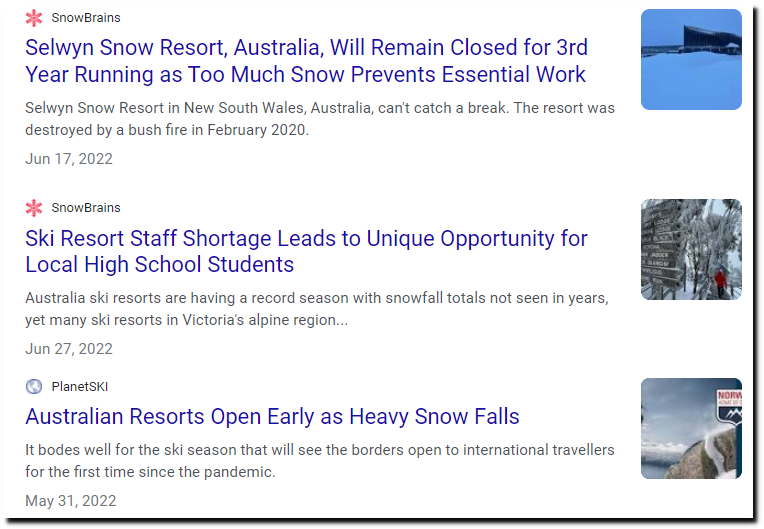 TURIN, Italy—Global warming is threatening the world’s ski resorts, with melting at lower altitudes forcing the sport to move higher and higher up mountains, according to a United Nations study released Tuesday

Downhill skiing could disappear altogether at some resorts, while at others, a retreating snow line will cut off base villages from their ski runs as soon as 2030, warned the report by the UN. Environment Program

“Climate change is happening now. We can measure it,” said Klaus Toepfer, executive director of the UN. program. “This study shows that it is not just the developing world that will suffer.”

The report focused on ski resorts in Austria, Italy, Switzerland, Australia, the United States and Canada, using temperature forecasts produced by the Intergovernmental Panel on Climate Change, a body of some 2,000 scientists The panel estimated temperatures will rise by a range of 2.5 degrees to 10.4 degrees Fahrenheit by 2100 unless dramatic action is taken to reduce greenhouse gas emissions.

An accord aimed at halting global warming, meanwhile, may be dead. A top Kremlin official said Tuesday that Russia won’t ratify the Kyoto Protocol limiting greenhouse gas emissions because it will hurt the country’s economy.” 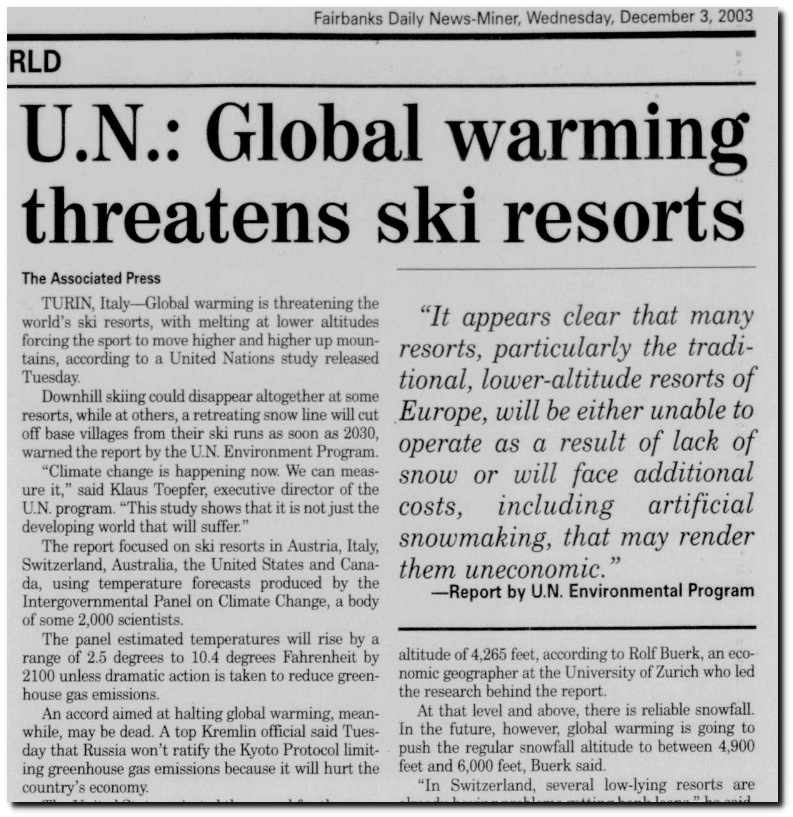