Posted on September 7, 2022 by tonyheller

The Washington Post says the Thwaites Glacier in West Antarctica is disintegrating faster than last predicted.  The article they are citing said the exact opposite, that retreat was twice as fast in the past.

“A large glacier in Antarctica that could raise sea levels several feet is disintegrating faster than last predicted, according to a new study published Monday in the journal Nature Geoscience.” 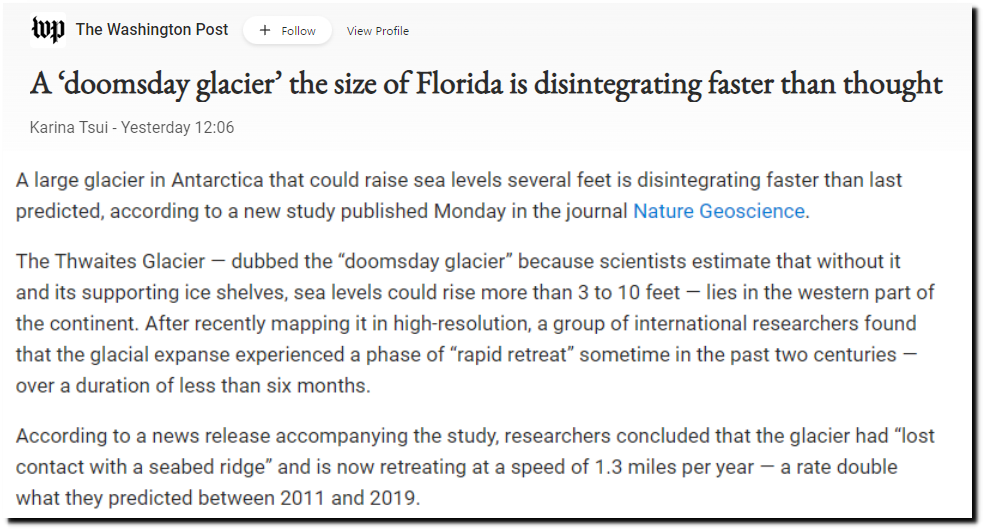 “Over a duration of 5.5 months, Thwaites grounding zone retreated at a rate of >2.1 km per year—twice the rate observed by satellite at the fastest retreating part of the grounding zone between 2011 and 2019. Our results suggest that sustained pulses of rapid retreat have occurred at Thwaites Glacier in the past two centuries.” 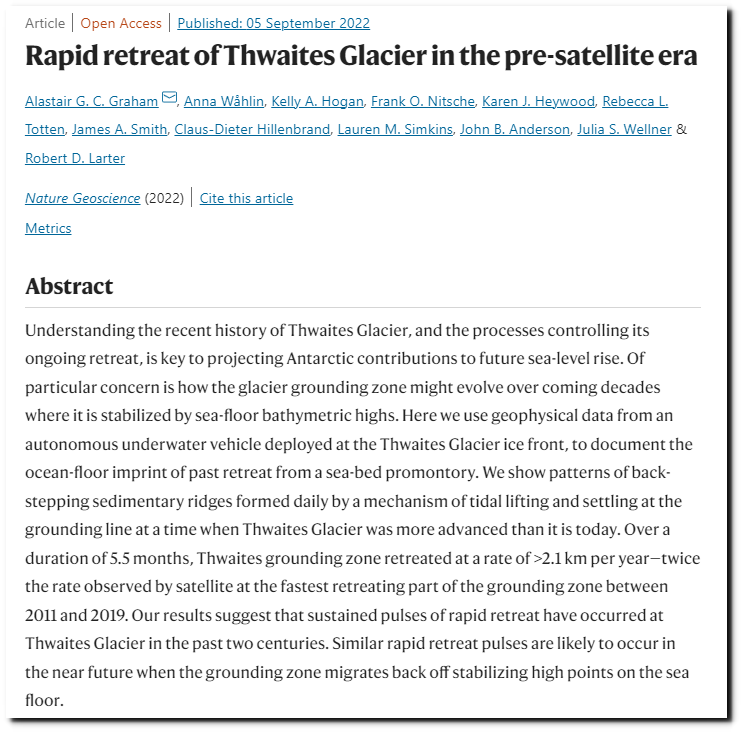