Results in the Island of St. Vincent Worse Than Reported.

WHOLE COUNTRY SWEPT BARE
|Distress of the People Described as « Exceeding That Caused by the Great Famine in India.

KINGSTON, Jamaica, Nov. 2.—The results of calm investigation have proved conclusively that so far from being exaggerated the first reports of the destruction wrought by the cyclone at St. Vincent were rather short of the actual facts. The island was literally swept absolutely bare of vegetation, the experience of 1780 being repeated, but the full extent of the devastation was not at first realized, owing to the difficulty of communication through the destruction of the roads and the coastal shipping. 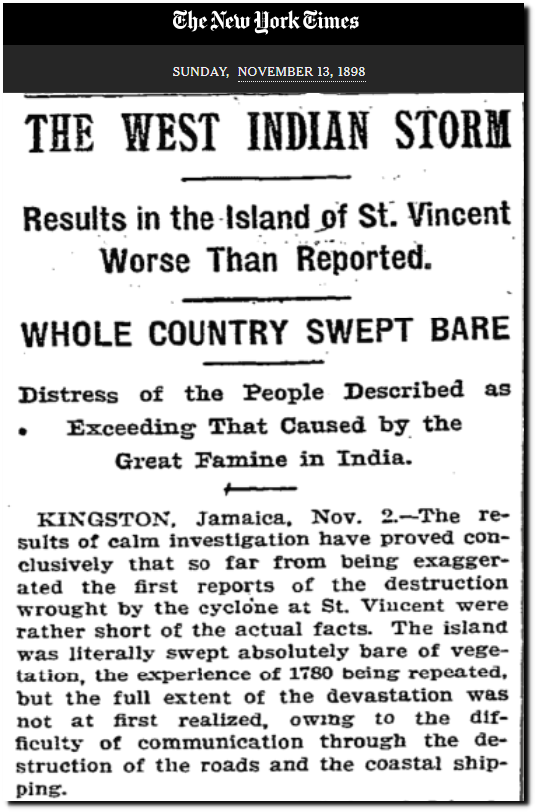