Posted on November 8, 2022 by tonyheller

“Drought, floods, the failure of monsoons and the run of hard winters are all evidence, they say, that the world has come to the end of a spell of even-tempered weather which began in about 1910 and lasted until about 1960. This period has even been called “a little tropical age” by one of the more quotable of climatologists, Professor Reid Bryson.

“One paper to be presented at the Geneva conference, by Lawrence Gates of Oregon State University, declares that “the carbon dioxide climate problem appears destined to become the major environmental crisis in the future, and its resolution will be a prime factor in the world’s future energy strategy”.

But the main paper on the subject takes a more cautious line. “Few, if any, scientists believe the carbon dioxide problem in itself justifies a curb, today, in the usage of fossil fuels or deforestation,” 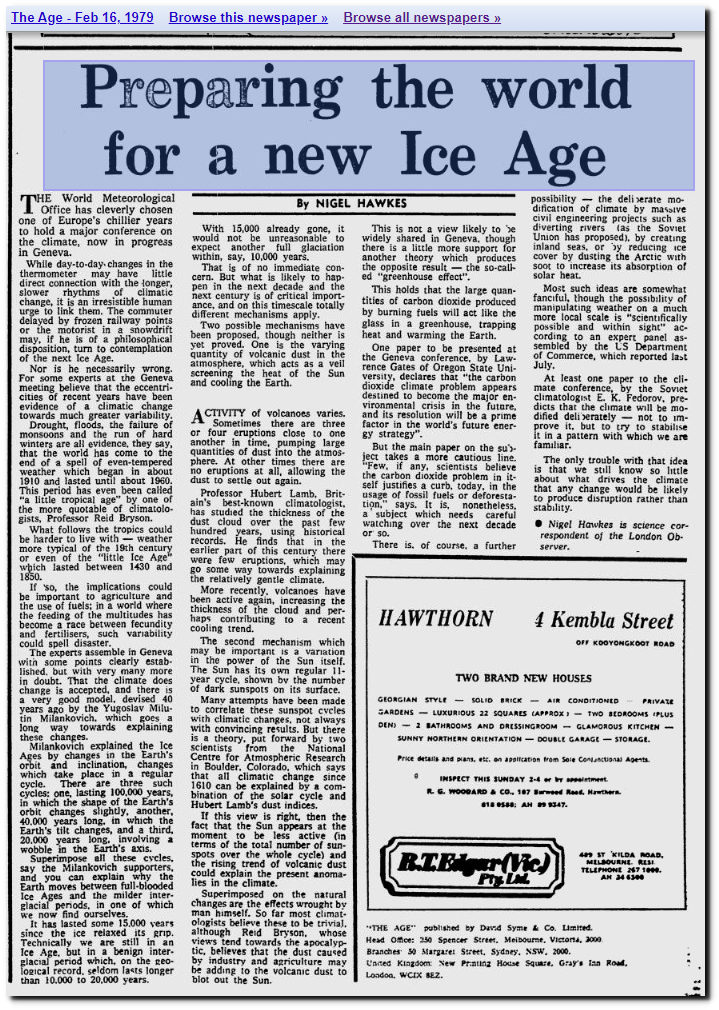