Altering Data To Match The Models

NOAA says Nebraska has warmed 1.6 degrees since the beginning of the 20th century, and historically unprecedented warming is projected this century. 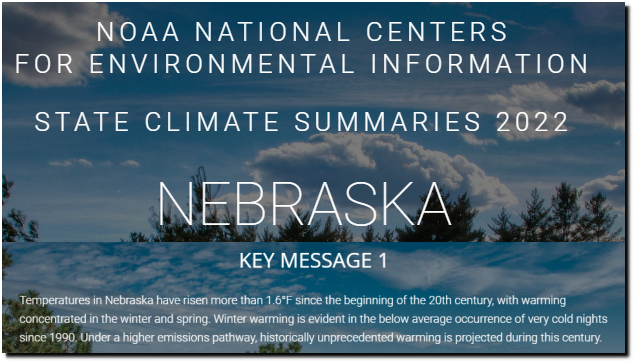 On the same web page they show a sharp decline in the number of hot days and nights. All the claimed warming the past century is due to data tampering by NOAA, with the data being altered to match the rise in CO2. Over the past century Nebraska temperatures have declined about one degree On July 25, 1936 the minimum temperature at Lincoln, Nebraska was 91 degrees. 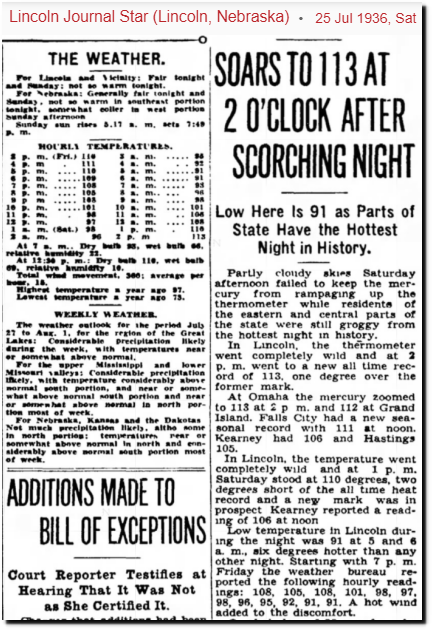 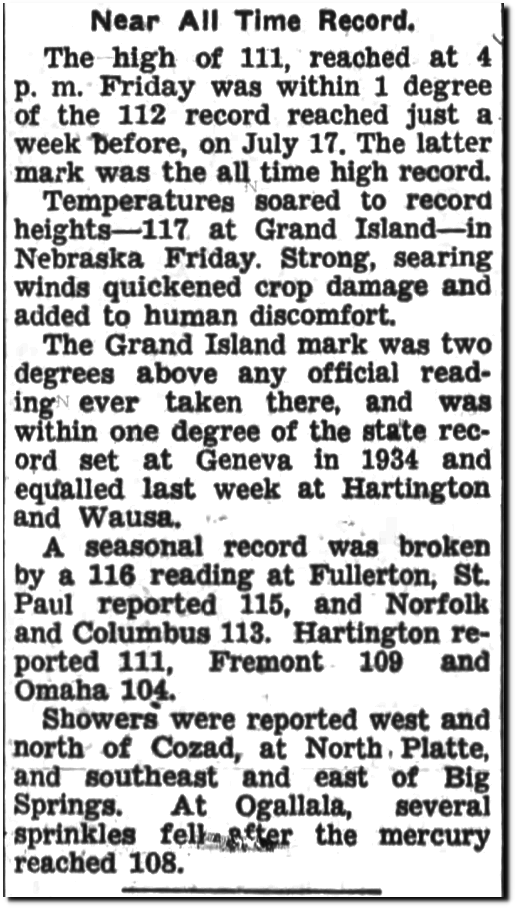 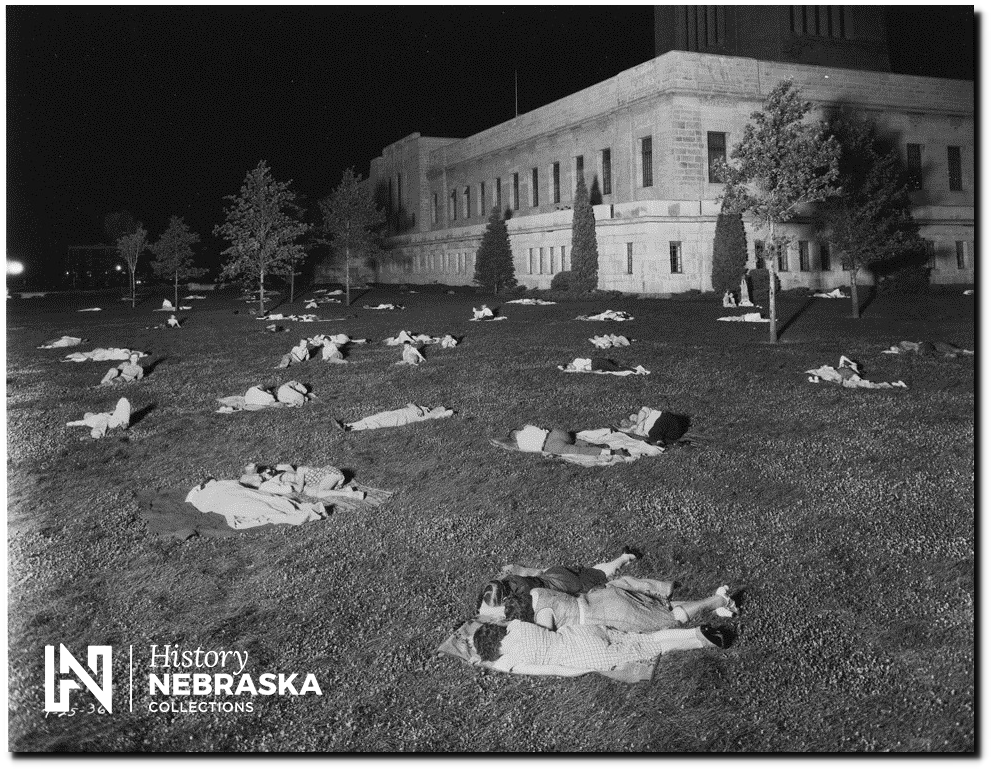 4 Responses to Altering Data To Match The Models