In 1972 Steven Schneider explained why a runaway greenhouse effect is impossible. 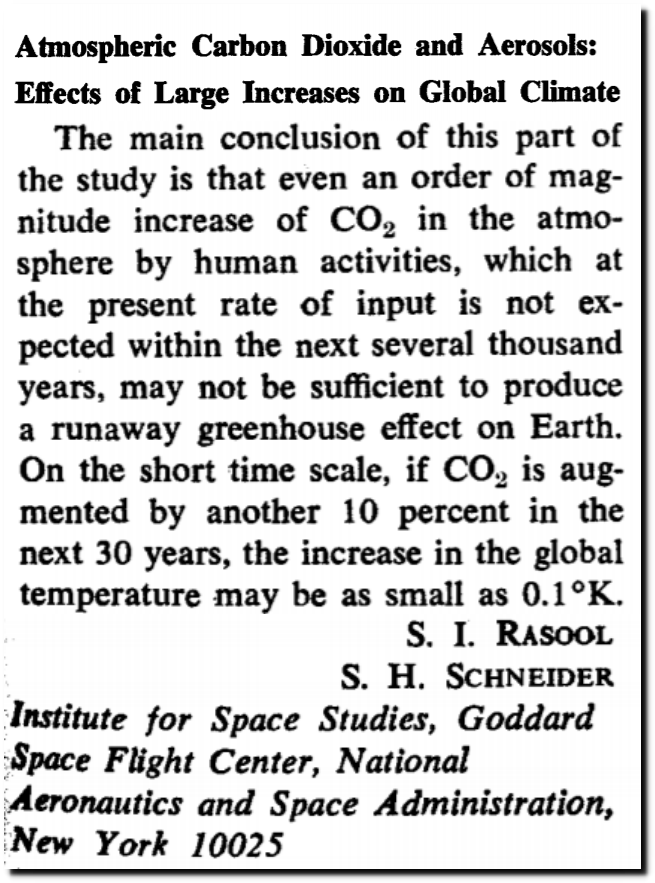 In 1978 Schneider discussed the arrival of a new ice age.

But by 1989, Schneider had switched to global warming and said it was best for the public to not be aware of uncertainty and instead be told of consensus.

“Journalists have a tradition, quite appropriate I believe in political reporting, of providing balance in a story. This tradition stems from the need to give both sides of the political spectrum equal exposure. However, balance is not a very good doctrine when applied to science reporting. It does not help the public to understand the nature of complex technical questions to balance an extreme position of a scientist or advocate at one end of the spectrum against an extreme position of a scientist or advocate on the other end. Technical issues often have more than two sides, which means that polarized reporting can create a false dichotomy. The public, and the politicians who must ultimately make policy, need to know not only what the members of the community think, but also what the broad spectrum of responsible and knowledgeable opinion is on an issue. If only the irreconcilable debates of implacable expert enemies are reported, the typical public reaction (and probably those of politicians as well) will be, “Well, if the experts don’t know what’s going on, how can I decide?” The next reaction would probably be, “You folks go back and study some more, and when you have more certainty come and tell us so we can decide how to act.” Instead, knowledge of a consensus over how much we already know or a rough estimate of how long it will take to learn a great deal more could very well lead to public and political reactions quite different from those created by a noisy, angry, and dichotomized debate.“ In 1989, Schneider said we were 15 years to late to start solving global warming. 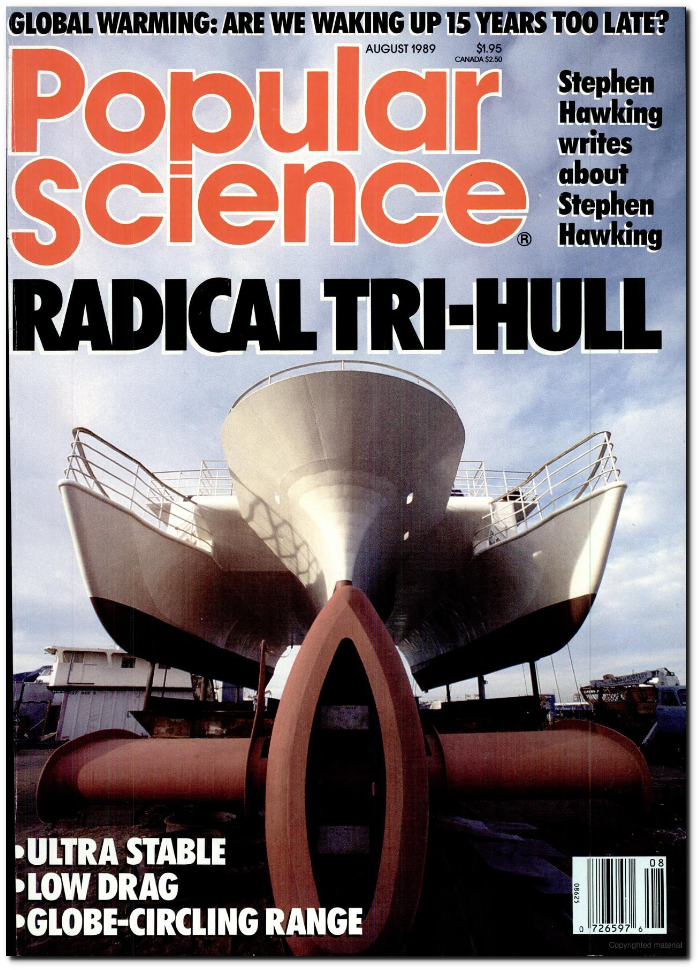 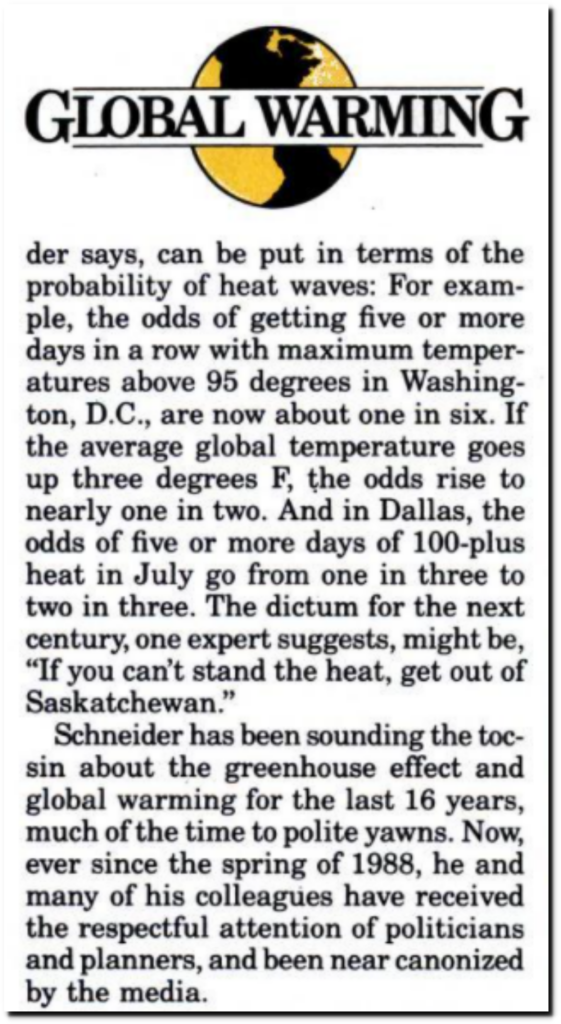 There has been a sharp decrease in 95 degree days at the closest Virginia USHCN station to Washington DC . Their longest stretch of 95 degree days was sixteen in 1930. The Dallas area has seen a decline in the number of 100 degree days.