Retreat Of Glacier Bay Before 1896

“The shores of the continent form two large open bays, which were terminated (July 12, 1794) by compact, solid mountains of ice rising perpendicularly from the water’s edge and bounded to the north by a continuation of the united, lofty, frozen mountains that extend eastward from mount Fairweather. In these bays also were great quantities of broken ice, which, having been put in motion by the springing up of a northerly wind, were drifted to the southward.”’

The Fairweather ice-sheet extended then some 40 miles south of its present limit in the bay.” 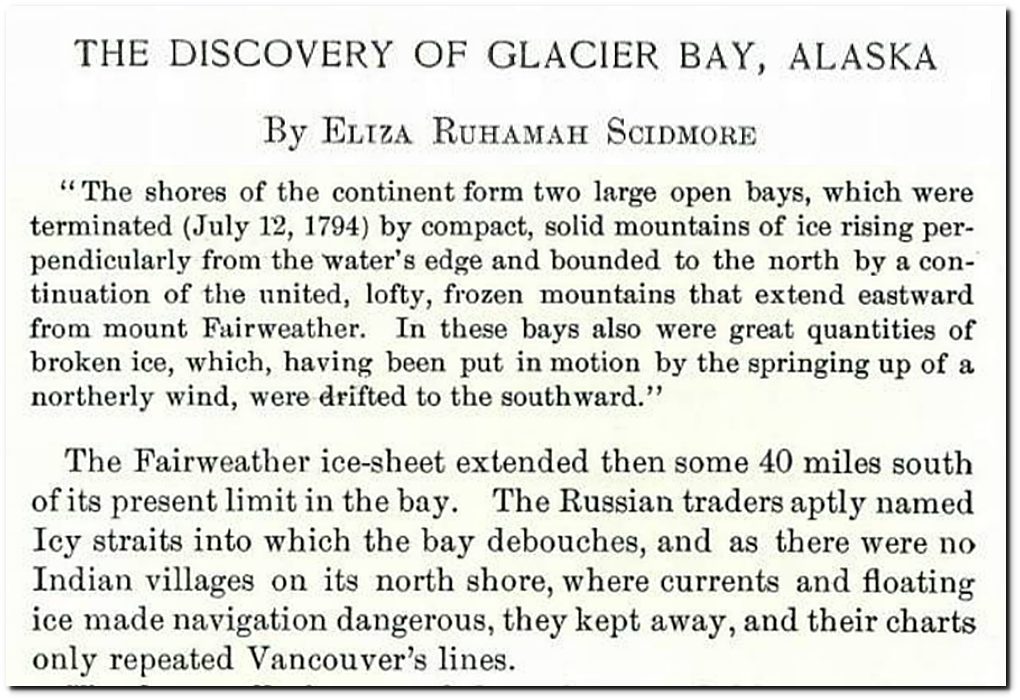 According to Michael Mann, this retreat occurred during the coldest years ever.