The US had an unprecedented heatwave during May and June, 1934. Temperatures in the Midwest and Upper Great Plains were over 100 degrees every day from May 26 through June 8, and peaked at 111 degrees on May 30.  Temperatures were about 40 degrees warmer than today’s forecast. 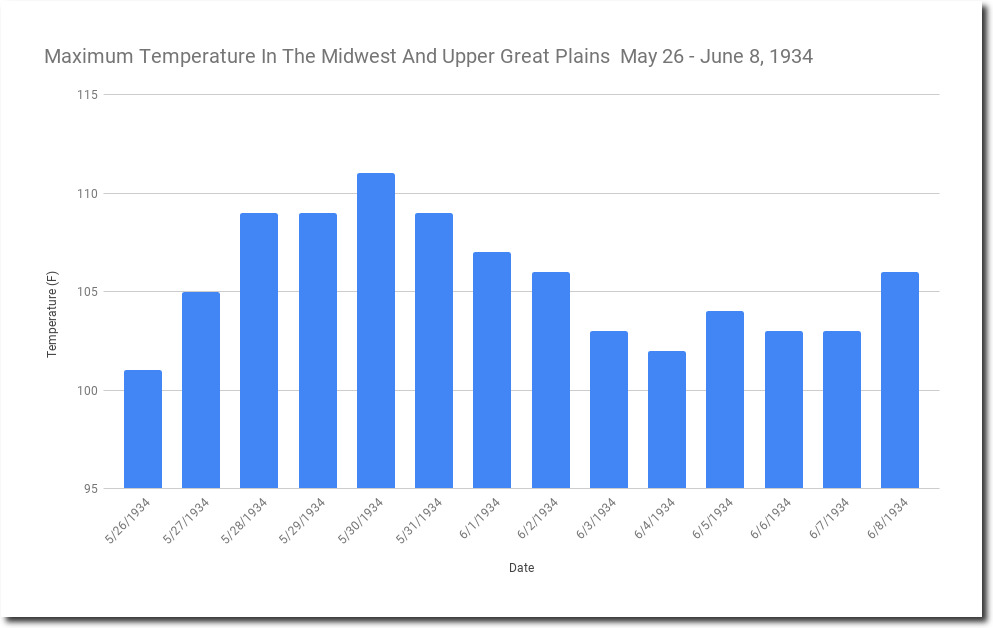 The heatwave actually began on May 8, and continued all summer. 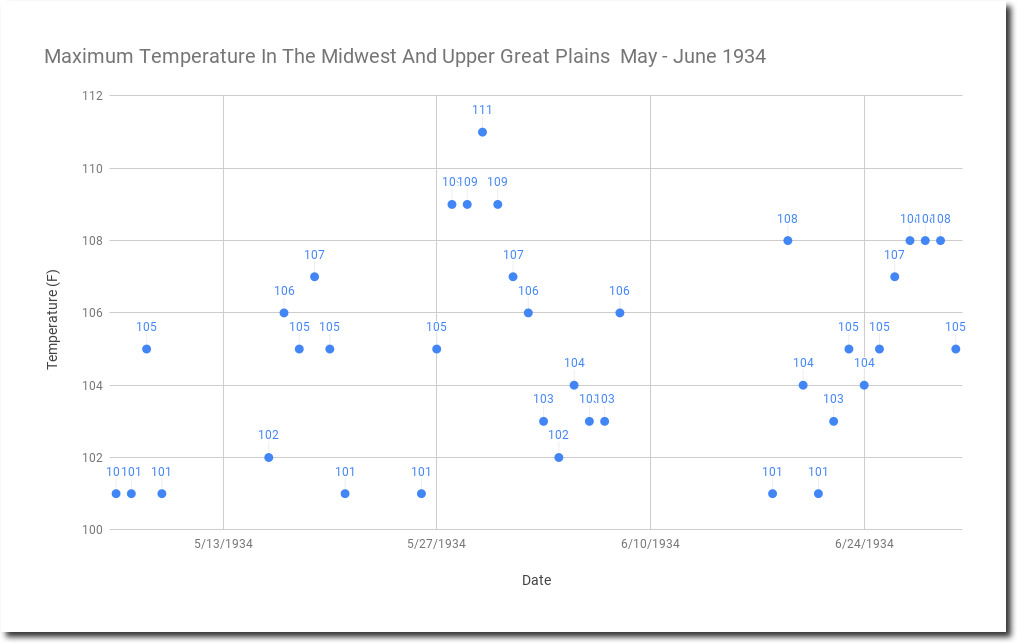 Temperatures during May were twelve degrees above normal in the center of the US. The US experienced an unprecedented drought that summer. 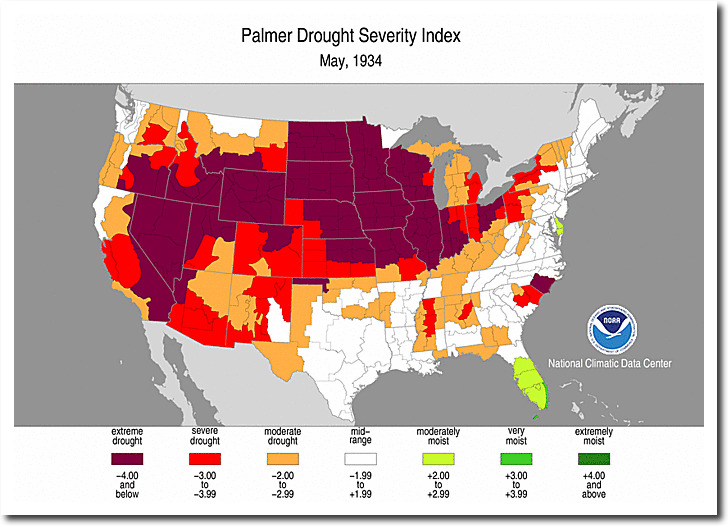 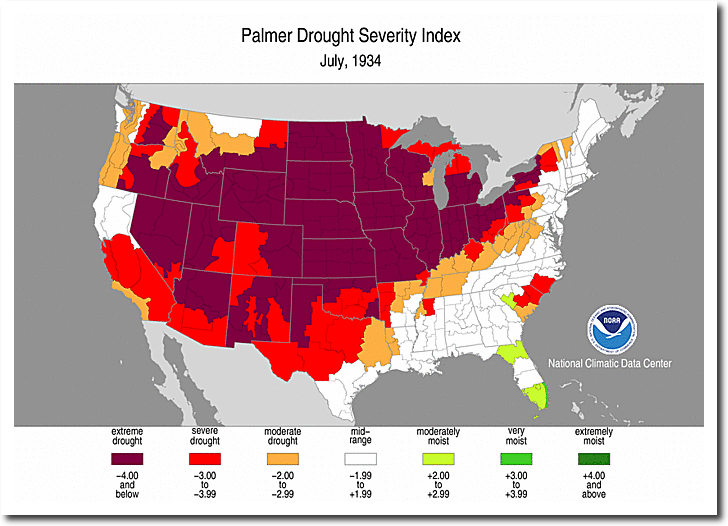 The heat and drought wasn’t confined to the US.  The entire planet was experiencing unprecedented extreme weather. Climate scientists can’t explain the extreme weather of 1934, and it wrecks their theory – so they simply erase it.