NOAA has 16 USHCN stations in Maryland, but they have stopped collecting data from all but four of them. One of the disappearing stations is at Laurel, which has been collecting since 1895 – but no data reported since August 2015.

Laurel raw data shows no warming over the past 60 years, but Beltsville (at I-95 and The Beltway) is five miles closer to Washington DC and shows two degrees warming during that period as the city has expanded. Beltsville is one of the four stations still reporting. The fact that 75% of the stations in Maryland are missing doesn’t stop NOAA from fabricating temperatures for the 12 missing ones. Laurel is located midway between Washington DC and Baltimore, where another one of the four active stations is located. 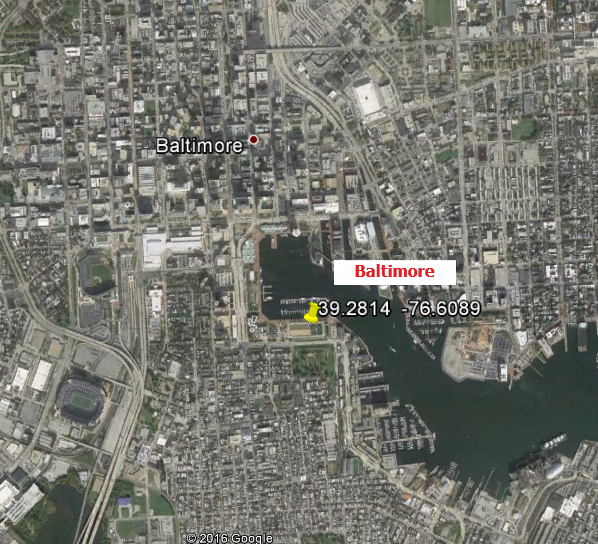 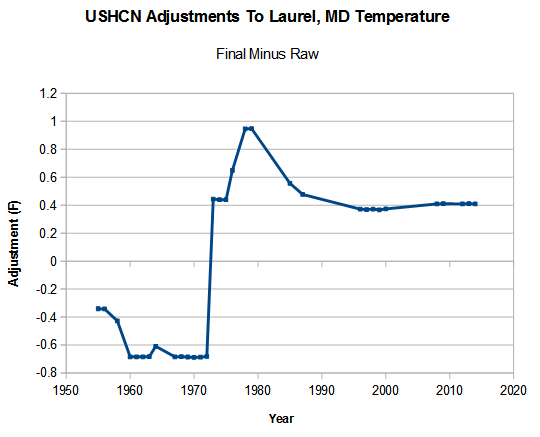 But here is where the NOAA fraud really gets ugly. Beltsville raw temperatures have warmed two degrees over the last 60 years due to Urban Heat island effects. But instead of adjusting recent temperatures downwards to compensate, they do the exact opposite and massively cool the past. 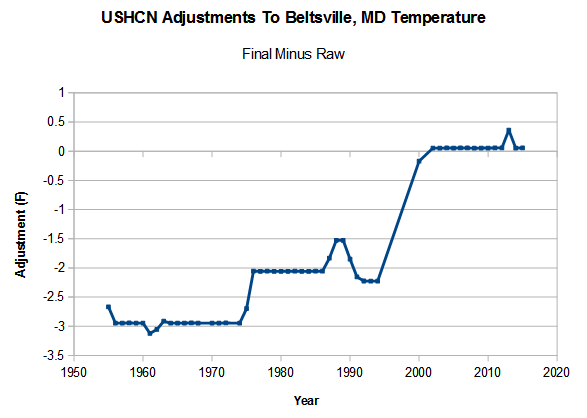 The final temperature graph for Beltsville shows almost five degrees warming over the past 60 years, when in fact there has been none. 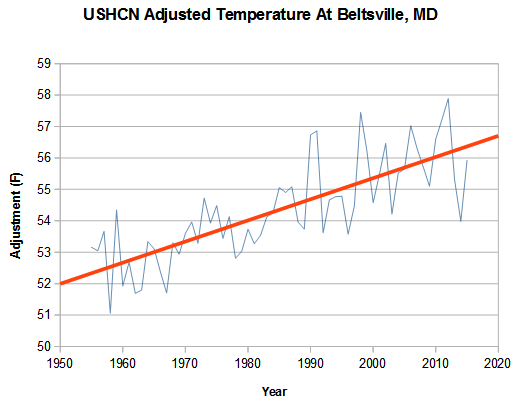 This level of fraud defies explanation, but is standard operating procedure at NOAA and NASA.