Boulder Snow Season Getting Much Longer

Climate scientists love to start graphs in 1979, so in compliance with their standard bad practices, I generated this graph. 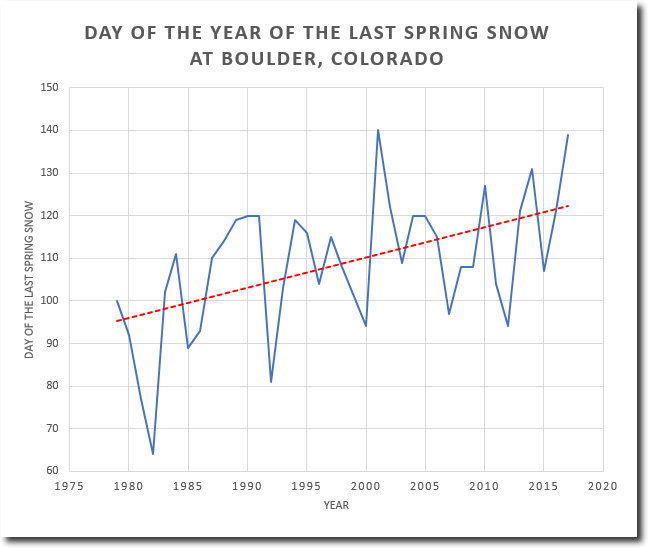 The last spring snow in Boulder falls about a month later now than it did in 1979. This means that springs are getting colder in Boulder, and springtime precipitation is falling as snow rather than rain.

Climate experts of course ignore all actual data, and instead write papers which bring funding in. They say we have declining spring snow cover and a shortage of water in the west. 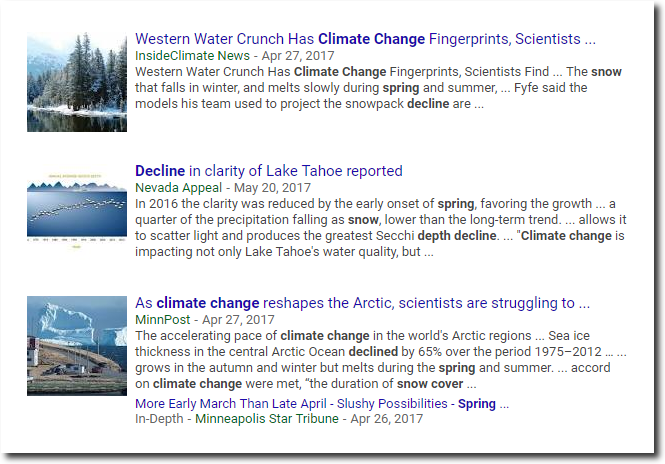 Never mind that we have record spring snowpack in the west. 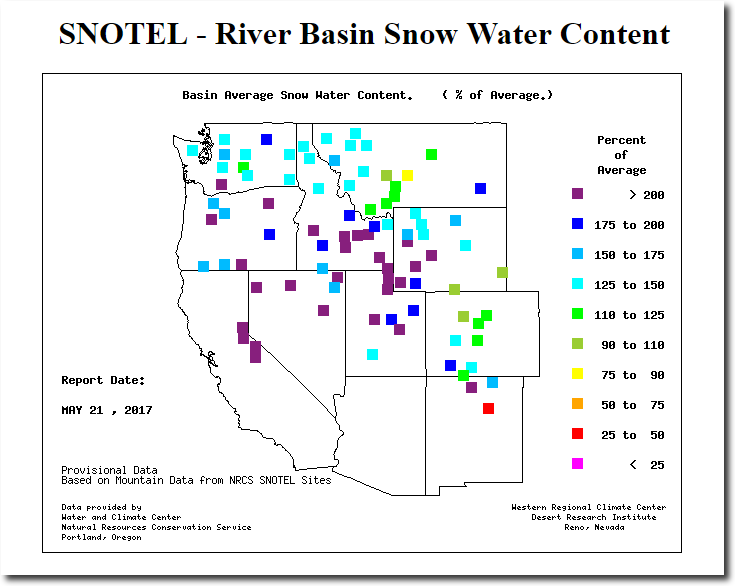 Climate science – all fake news – all the time.

3 Responses to Boulder Snow Season Getting Much Longer