Memorial Day Used To Be Hot

The US is headed for its fifth consecutive cool Memorial Day, but Memorial Day used to be hot in the US. On May 29, 1934  ninety and one hundred degree temperatures were common throughout much of the US. South Dakota and Nebraska both reached 109 degrees that day.  This year they are forecast to be almost 40 degrees cooler. 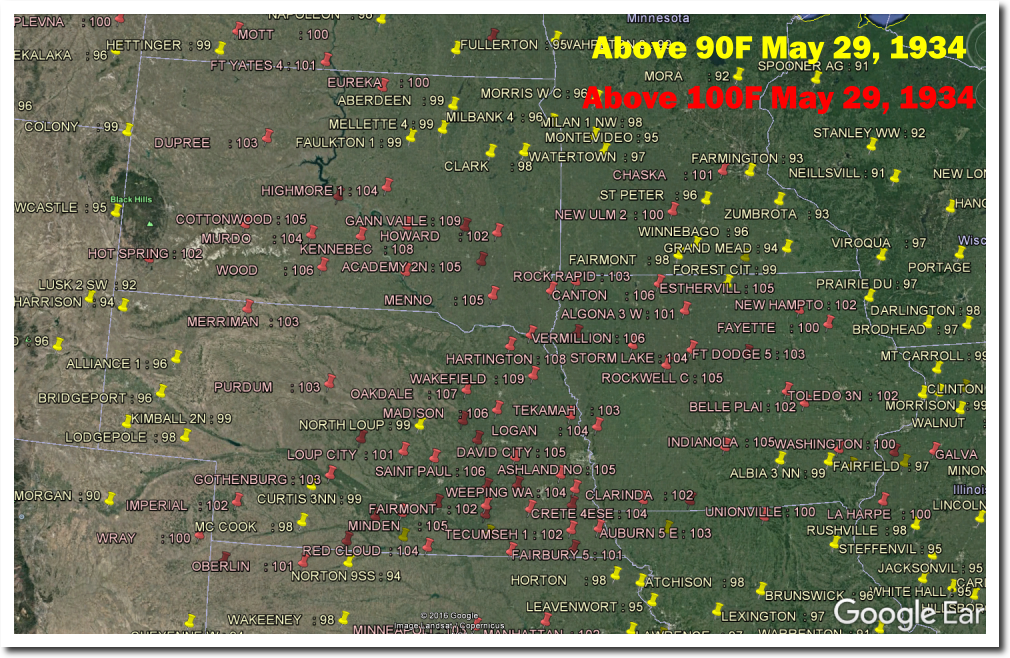 After 1945, there was a sharp drop in the frequency of hot weather on May 29. 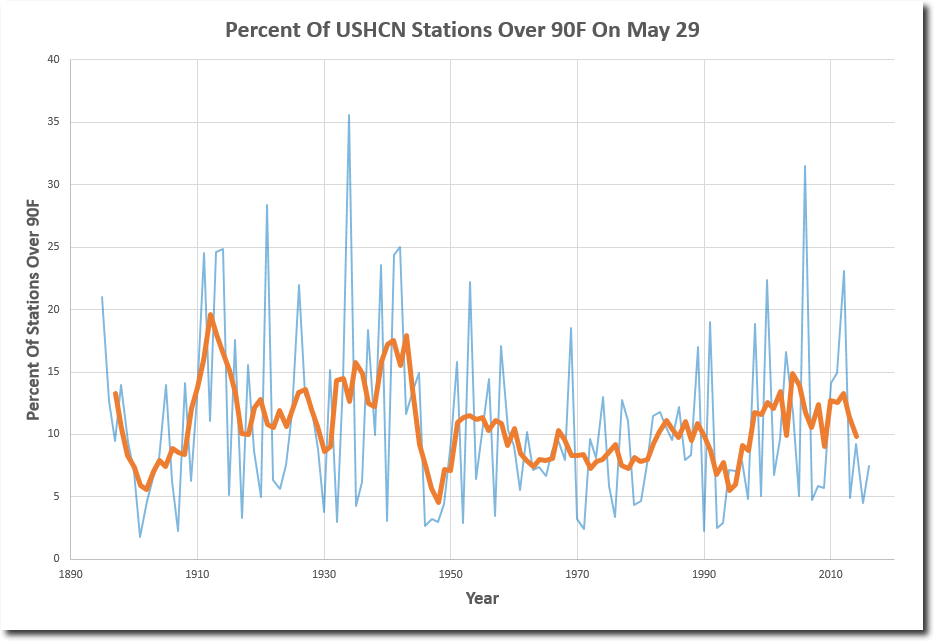 Actual scientists would want to understand this, but fake government climate scientists simply change the data and lie to the public.

2 Responses to Memorial Day Used To Be Hot