On May 22, 1925 the US was experiencing an incredible heatwave, with half of the country over 90 degrees, and 100 degree temperatures in California, Arizona, New Mexico, Texas, Oklahoma, Iowa, Minnesota and Illinois. Danville, Illinois was 103 degrees on May 22, 1925. Today’s forecast at Danville is 72 degrees, cooling down to 61 degrees on Wednesday. New Ulm and Fairmont, Minnesota were over 100 degrees. 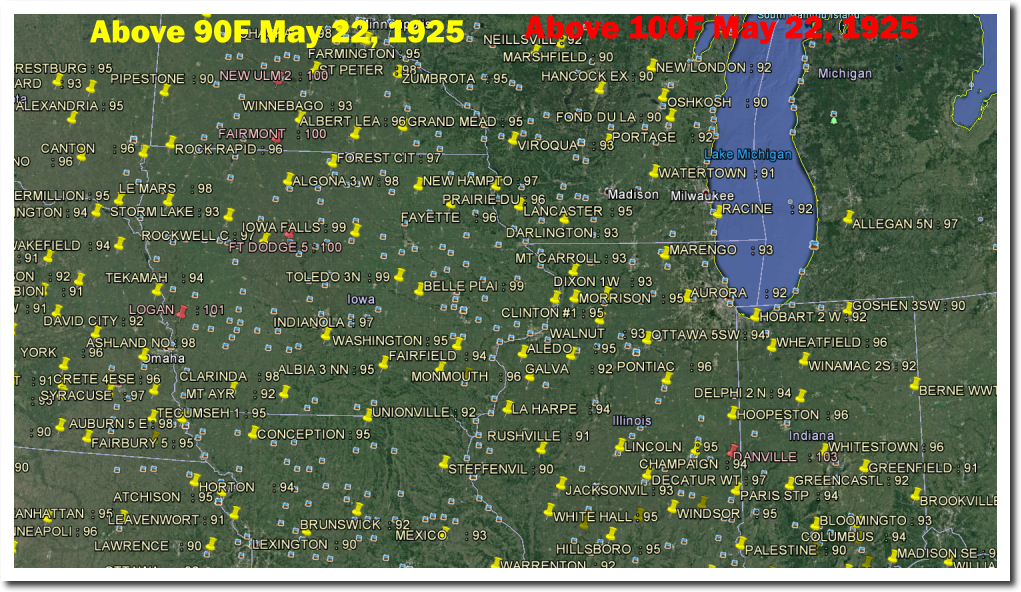 May 22 temperatures in the US have been plummeting over the last 90 years, with the last few years being among the coolest on record. Hot temperatures like May 22, 1925 are incomprehensible now. 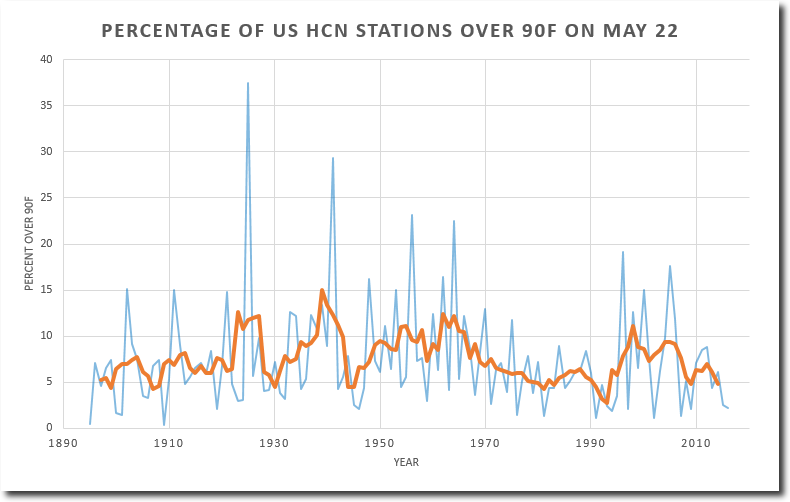 This is of course the exact opposite of what we hear from the criminals known as US government climate scientists, whose job is to spread propaganda, not disseminate scientific fact.