Nobody tells more blatant lies about climate than Heidi Cullen’s Climate Central. Here is a whopper. They claim that 80 degree days are coming earlier at Milwaukee, and start their graph during the cold 1970’s – as if there isn’t any data from before 1970.

Let’s check their claim out.  The closest USHCN station to Milwaukee is at Racine.

This sort of spectacular and blatant fraud by Heidi Cullen is typical, who ten years ago wanted to decertify any meteorologist who didn’t go along with her fraud. 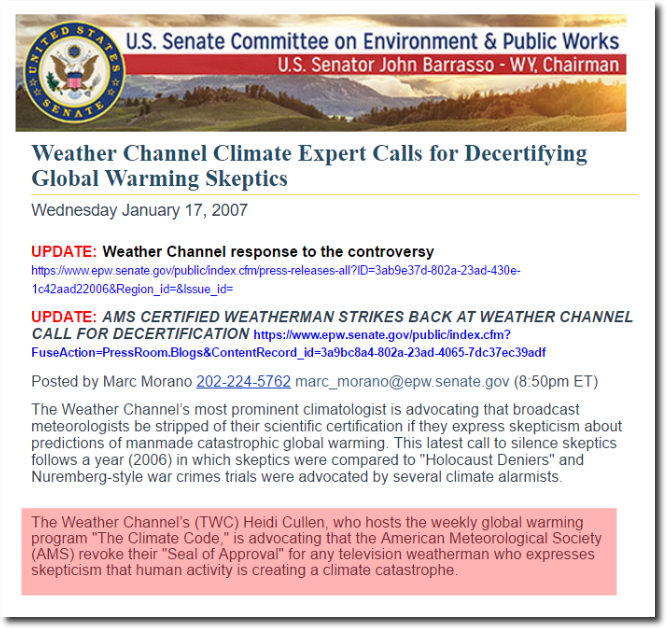