Satellite Deniers In The Arctic

People whose income depends on pushing global warming fraud, ignore satellite data because they have a more difficult time finding people who are willing to tamper with it. This is clearly seen in the fraudulent surface data being pushed by Hiatus Deniers.

But that isn’t the only data which Satellite Deniers ignore. I’ve been pointing out for months that satellites show a huge increase in the area of thick ice in the Arctic.

As a result of the thick ice, we are seeing very slow melt in the Arctic, and ice extent is close to normal. 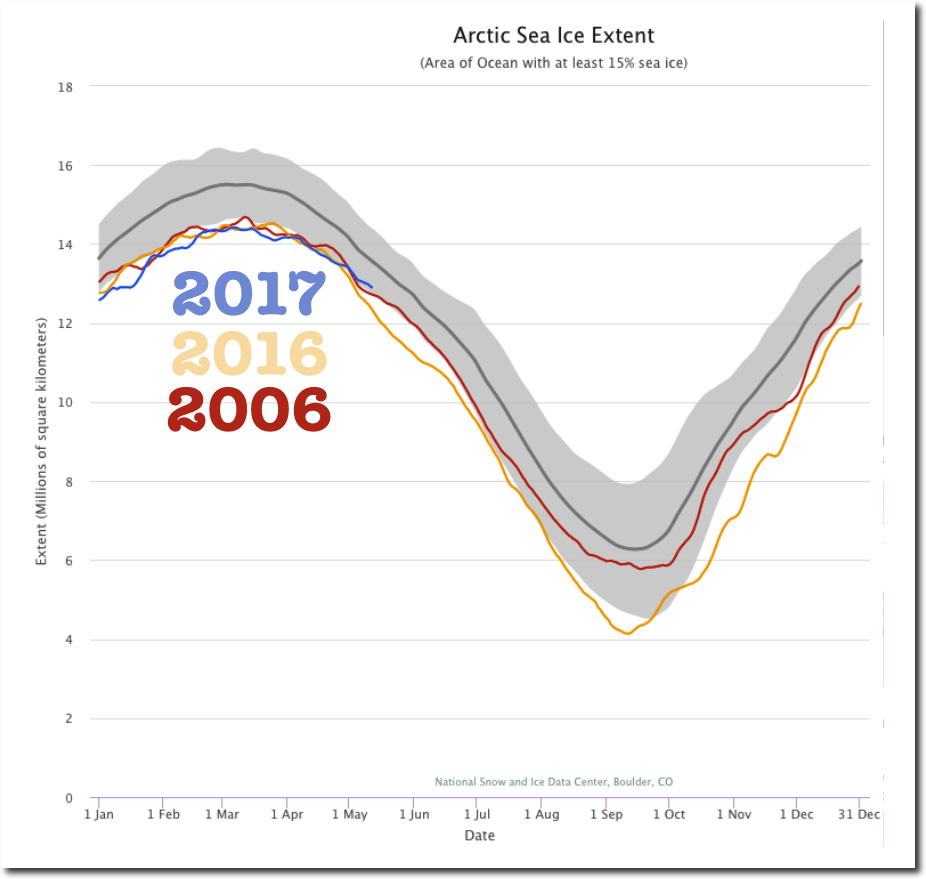 Ice in the Eastern Arctic has expanded hundreds of miles since 2006.

So how do the criminals behind the global warming scam respond to the huge increase in Eastern Arctic ice? They simply lie about it, and report the exact opposite of what the data shows.

And the western Arctic is still very cold and frozen solid.

Temperatures are running below normal near the pole, like they have been for most of the past few summers.

So how do climate criminals like Greenpeace respond to this? By lying to children and trying to frighten them.

Climate alarmists have no useful skills and are terrified that their scam money will get cut off. More than 97% of of climate scamsters don’t want to end up disgraced and homeless if the truth ever gets out.

15 Responses to Satellite Deniers In The Arctic