May 15 temperatures at Saluda have declined sharply since the peak in the 1940’s.

The percentage of USHCN stations over 90 degrees on May 15 has been declining for over a century, with the three hottest years being 1944, 1900 and 1915. The last two years have been among the coolest. 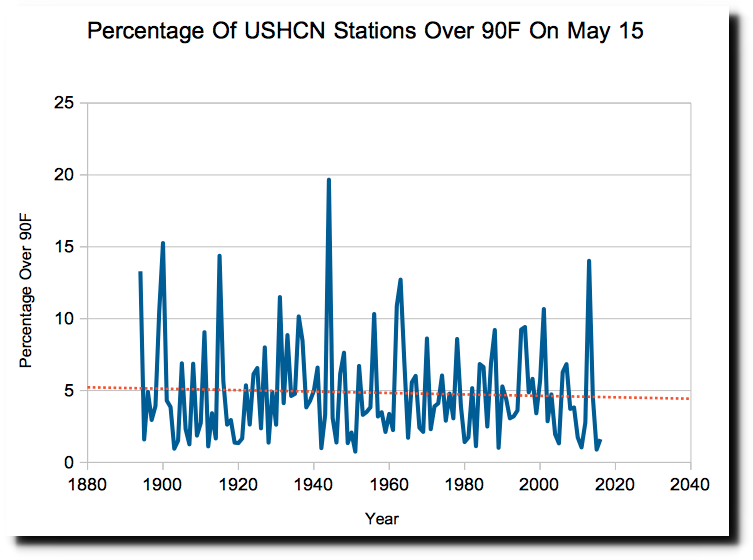 If we had a hot day like that now on May 15, climate experts would state 99% certainty that it was due to man-made CO2.