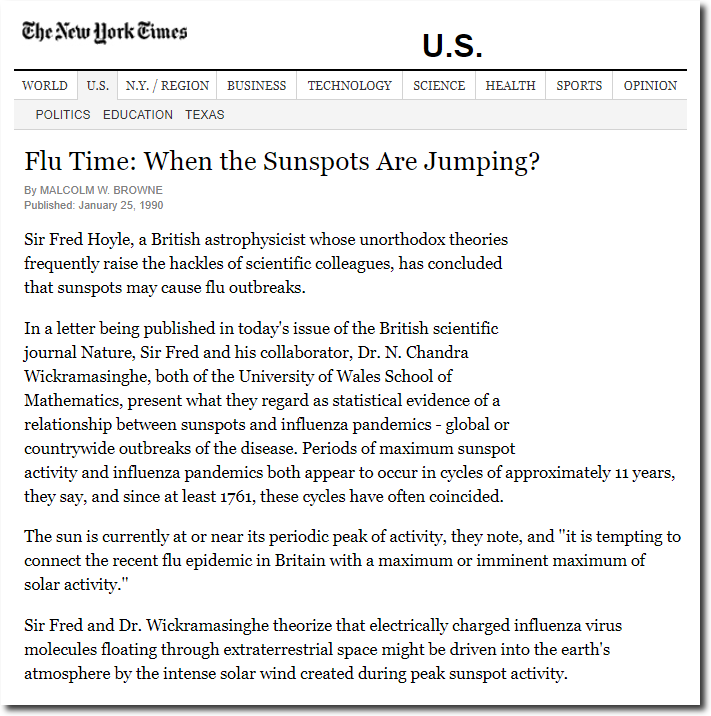 Flu Time – When the Sunspots Are Jumping? – NYTimes.com