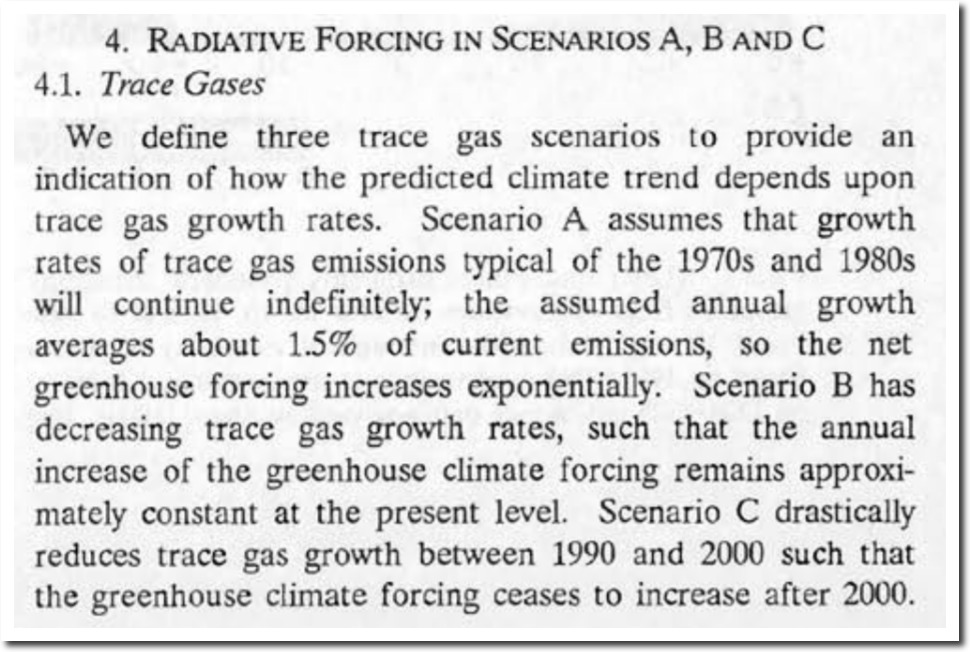 So how did Hansen do? The graph below shows the five year mean of lower troposphere temperatures measured by satellite. 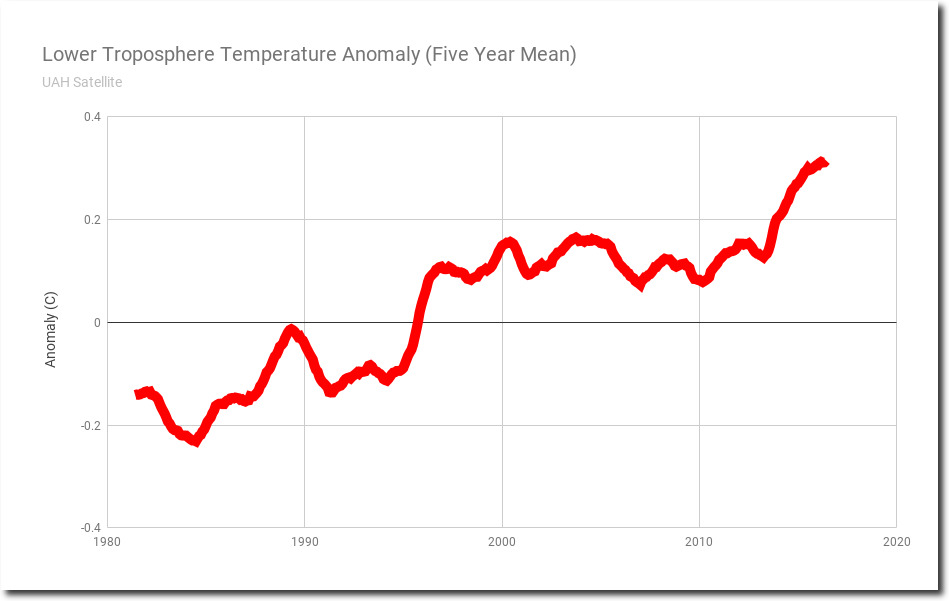 The next graph overlays the satellite lower troposphere temperatures in red, on Hansen’s 1988 forecasts – at the same scale and normalized to the early 1980’s.

Lower troposphere temperatures have tracked Hansen’s zero emissions scenario. If (your theory) doesn’t agree with experiment, it is wrong.