Ten years ago, President Obama’s science advisor predicted ice-free winters in the Arctic.  Let’s see how his forecast is doing.

January sea ice extent has varied in a narrow range since 1979, with this year a little below average. There is ice surrounding much of Svalbard. 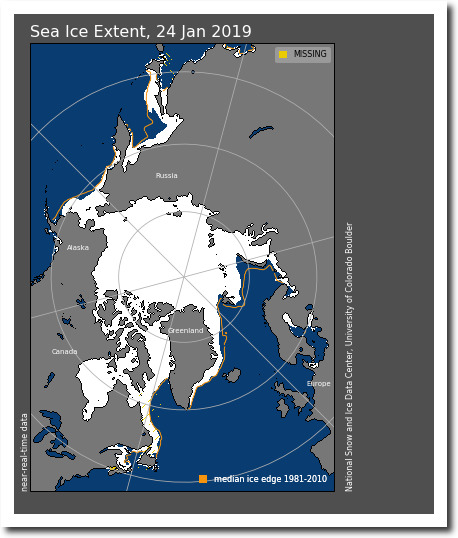 In 1922, there was no ice around Svalbard (Spitzbergen.) Apparently there is more ice in the Eastern Arctic (Laptev and Kara Seas) than there was in 1922 – when the Arctic was melting down and experiencing a “radical change in climatic conditions.”

“Scientists warn” that more Eastern Arctic ice than 1922 is an indication of a tipping point, because climate scientists are a bunch of incompetent hacks – who are paid to make up nonsense which journalists can latch on to. 18 Responses to Visualizing The Arctic Meltdown