NASA shows that global land temperatures rose fairly steadily from 1880 to 1980, and  have been increasing in a hockey stick since then. It is simple enough to test the accuracy of their graph, by comparing it against the historical record of the Arctic. The Arctic is the air conditioner for the northern hemisphere – if the Arctic is missing ice, then the rest of the hemisphere will necessarily be warm. Arctic amplification is one of the fundamental tenets of global warming theory.

at the same rate (as) they are at present melting, oceanic surfaces would rise to.catastrophic proportions, and people living in the lowlands along the shores would be inundated

temperatures in the Arctic have increased 10 degrees Fahrenheit since 1900, an “enormous” rise from the scientific standpoint By 1955, Arctic sea ice extent had shrunk in half.

Sixty years ago, the New York Times reported that Arctic sea ice was two meters thick. About the same as today. They predicted an ice-free Arctic within a generation.

But after 1958, the weather cooled rapidly and the ice cap expanded.

The world’s leading climate experts sent a letter to President Nixon warning of a new ice age within a century.

The 1974 NCAR graph correlated closely with the historical record, with ice melting during warm periods and freezing during cold periods. 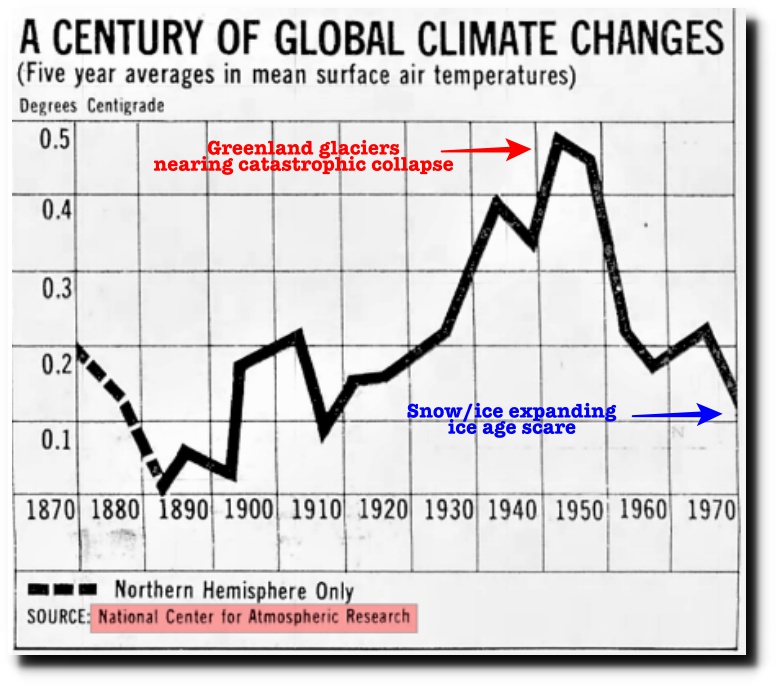 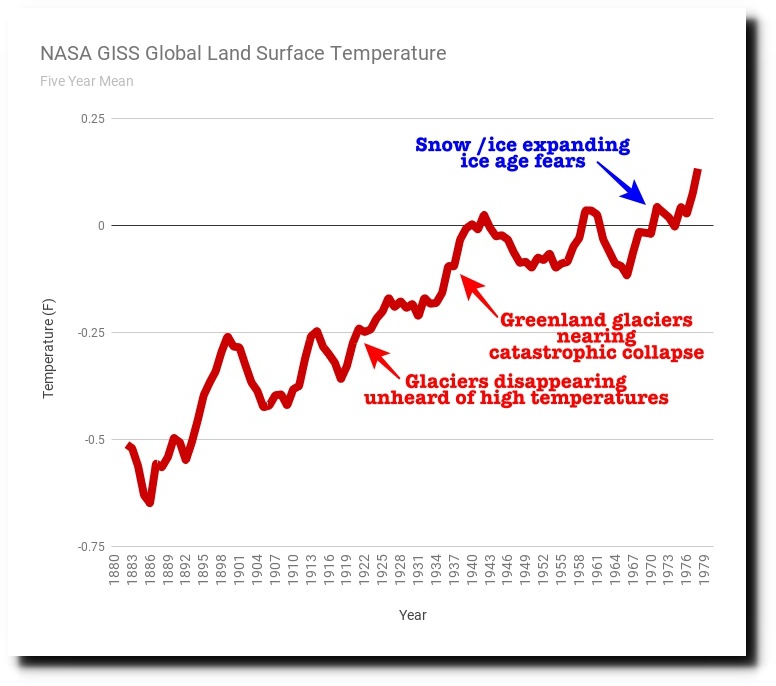 Climategate e-mails show that this alteration of the data was openly discussed by different government agencies, without any reason for doing so.

NASA continuously alters their data to cool the past and warm the present.  The graph below shows changes just over the past 19 years.

The 1974 NCAR graph made sense.  The current NASA graph does not.

3 Responses to Ice Doesn’t Lie – But Climate Scientists Do