Complete Disregard For The Truth At The BBC

Posted on September 4, 2019 by tonyheller

Yet the graph in article shows ice loss decelerating, not accelerating, and they say Greenland gained ice last year. There are many things wrong with this graph, but the point is that it shows other claims in the article to be wrong. 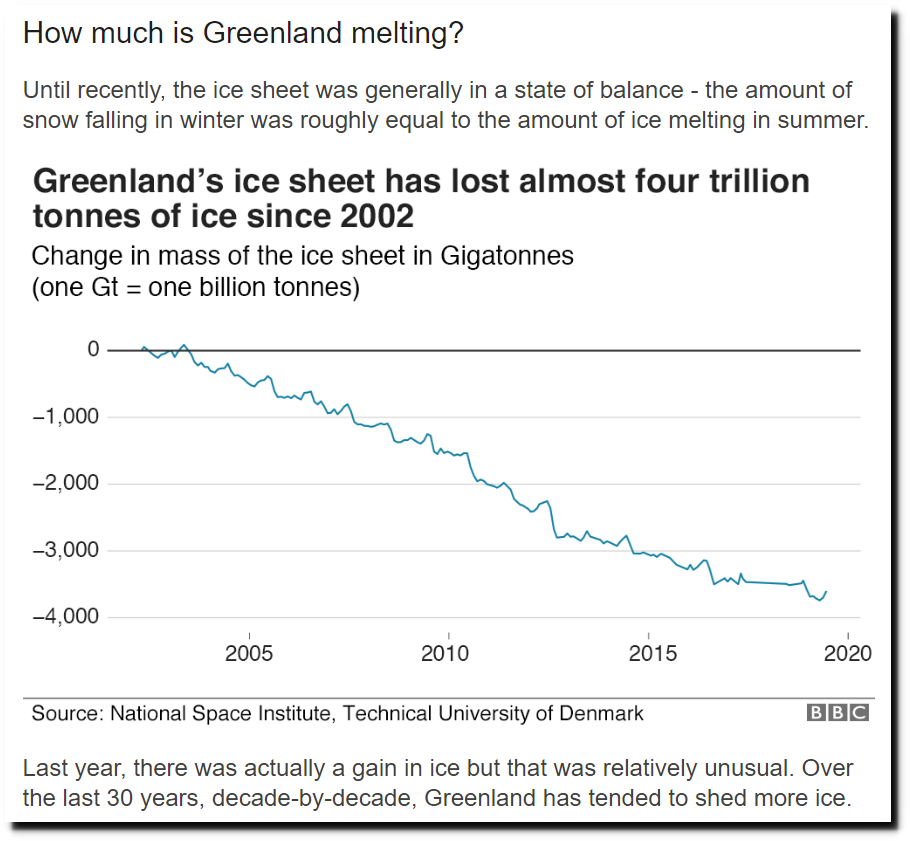 This is essentially the same article as 80 years ago, when experts said Greenland glaciers faced “catastrophic collapse” and that seaports were going to drown. The difference being that in 1939 Greenland actually was melting down. Melt was nowhere near a record this year, and 170 billion tons more snow fell on the surface during the winter than melted during the summer. Like essentially all climate journalism, the BBC completely disregards the truth with their junk science and propaganda.

29 Responses to Complete Disregard For The Truth At The BBC