Hiding The Hottest Month Ever

In NASA’s 2001 version of global temperatures, March 1878 was the hottest month on record. They have since erased this data set from their web site, but I found the data on the web archive. Let’s look at why NASA is hiding the pre-1880 data. January 1878 was one of the hottest months on record in Australia.

DUBBO, Monday.—The weather here is frightful. The thermometer for four days has been 110° in the shade. The magpies and other birds are so much affected by the heat that they are dropping off the trees ; others are leaving the bush and taking shelter in the houses of the settlers.

At Bourke, yesterday, the heat was 122° in the shade; the fowls are dropping dead in large numbers. There is no sign of rain, and no cattle are travelling. 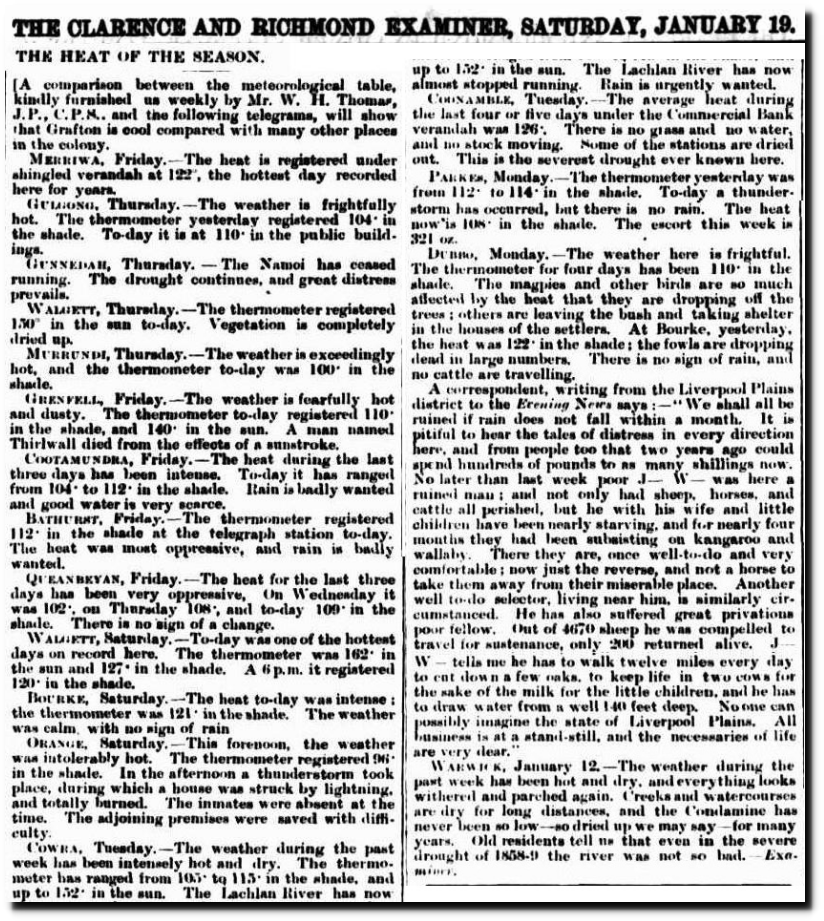 THE HEAT OF THE SEASON. The heat continued into February. Meanwhile, the US had no winter that year. 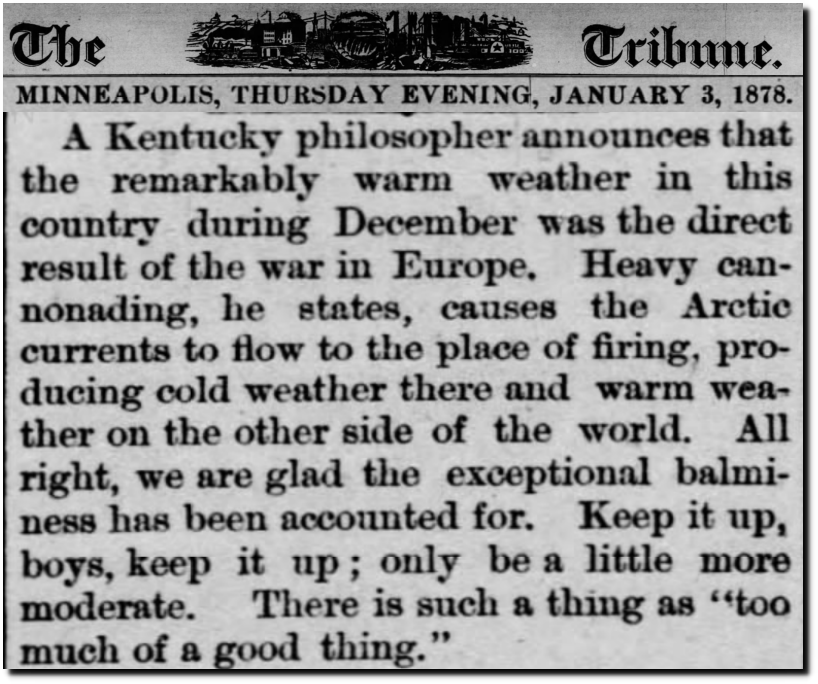 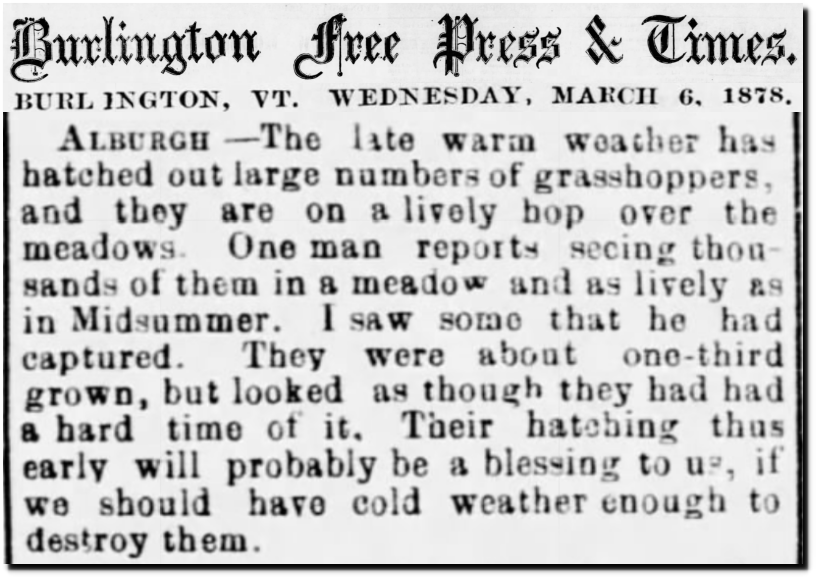 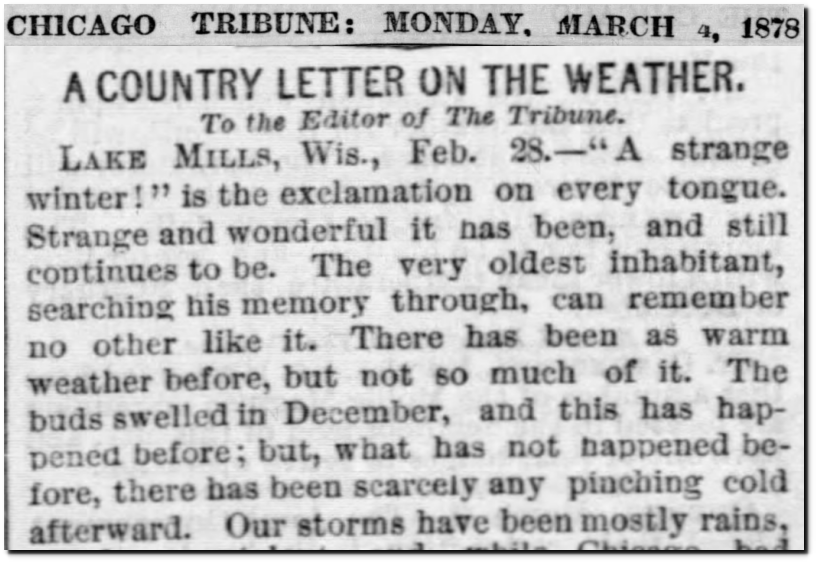 And the summer of 1878 brought record heat to the US. 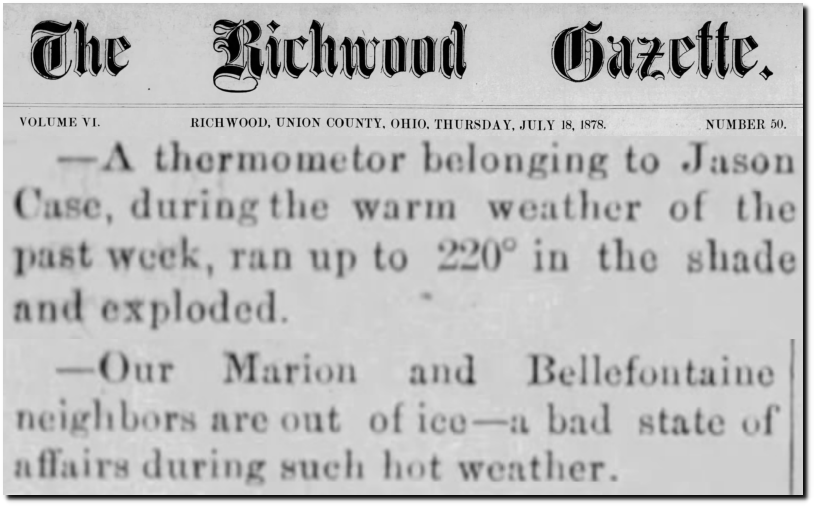 This was part of a global drought and famine, which arose from natural variability. NASA is pushing the idea that CO2 is the control knob, so they hide hot weather from the past – as does the Bureau of Meteorology in Australia. Deniliquin, NSW had their hottest day of 121F on January 12, 1878 – during a nine day stretch in which they averaged 111F.

Australia used to have a lot more hot weather than they do now, so BOM hides all data before 1910 in their Australian temperature graphs.

The people who went to the moon want NASA climate fraud stopped.  We can help them out by spreading awareness of what is happening – and getting the public to purge climate scamsters from government. 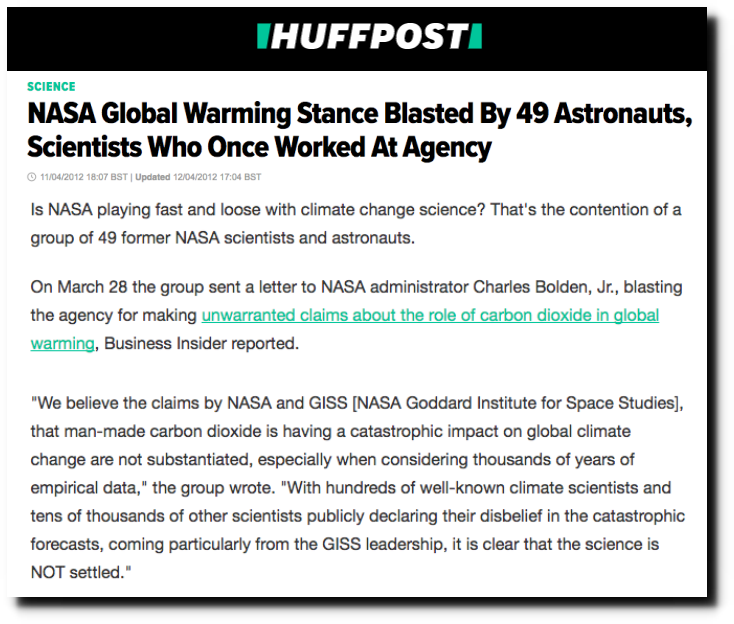 11 Responses to Hiding The Hottest Month Ever