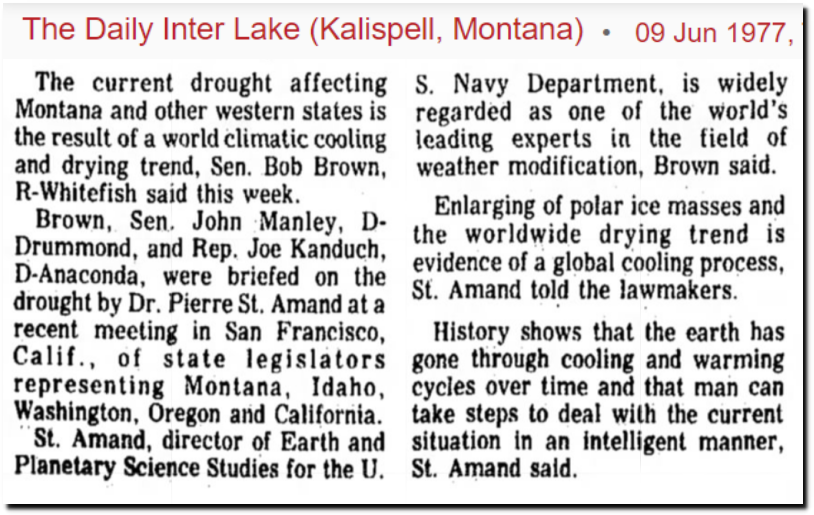 LOS ANGELES, March 7—Gov. Edmund G. Brown Jr., warned here today that drought‐stricken California was “facing a disaster of immeasurable magnitude.” “The specter of drought has been gathering momentum, not only in California, but across the country,” the Democratic Governor declared, adding that people must learn that “this is an era of limits and there are very hard choices to make.”

The permanent drought appears to have been short lived, however.