On this date in 1972, NASA announced that additional CO2 will have very little impact on global temperature. 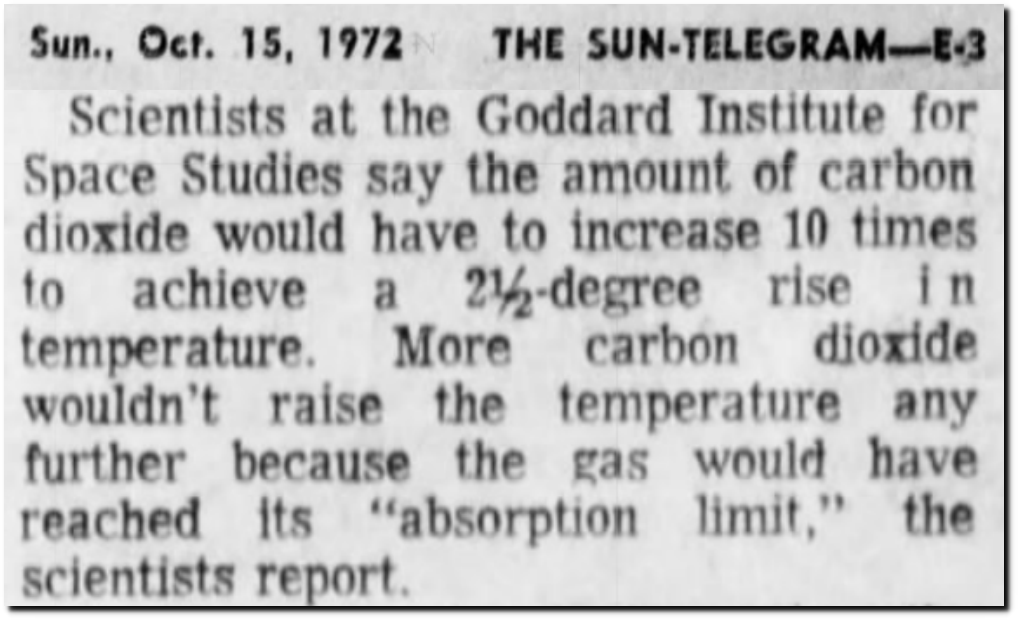