On January 10, 1939 – Melbourne was 113 degrees, nine degrees warmer than this month’s hottest temperature. 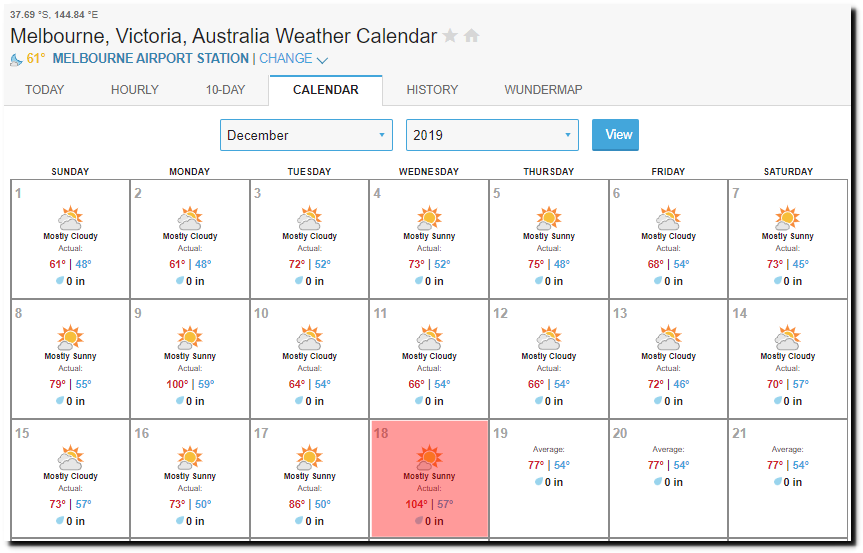 This map shows all of the GHCN temperatures recorded in Australia on January 10, 1939. 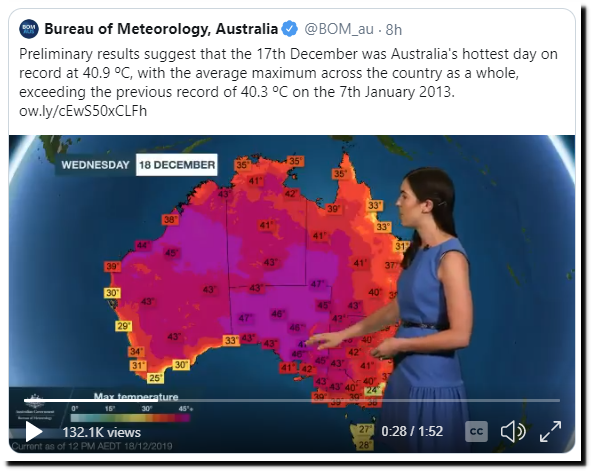