NASA ConfIrms Their Own “Conspiracy Theory”

NASA and NOAA have been erasing the 1940s warmth in the Eastern Arctic for decades. This is what the raw data looks like.

And this is what the adjusted data has looked like in various versions of GISTEMP. Removing the warmth of the 1940s (without any justification) was discussed by the world’s leading climate experts in this Climategate email.

In 2012, Paul Homewood contacted Trausti Jónsson of the Icelandic Met Office about these adjustments, and they were soundly rejected. 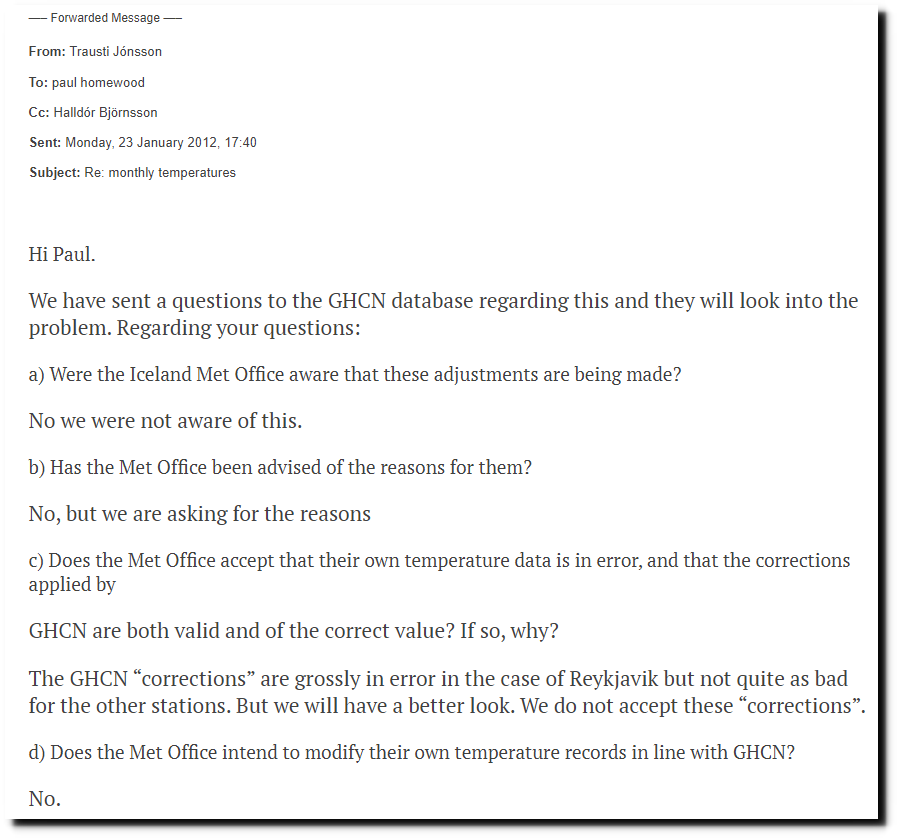 “In Australia, we have considerable concern about temperature adjustments made by NASA over many years,” Senator Roberts wrote, including charts from Icelandic stations at Vestmannaeyjar and Teigarhorn.

“In dropping the temperatures for the early period, the [Arctic] warmth for the 1930s and 1940s appears to have been removed,” he said. “What is your specific reason for doing this?”

Gavin Schmidt responded by insulting Senator Roberts, and saying that they don’t alter the data. Trausti Jónsson of the Icelandic Met Office magically reversed his story, saying the adjustments were “quite sound.” 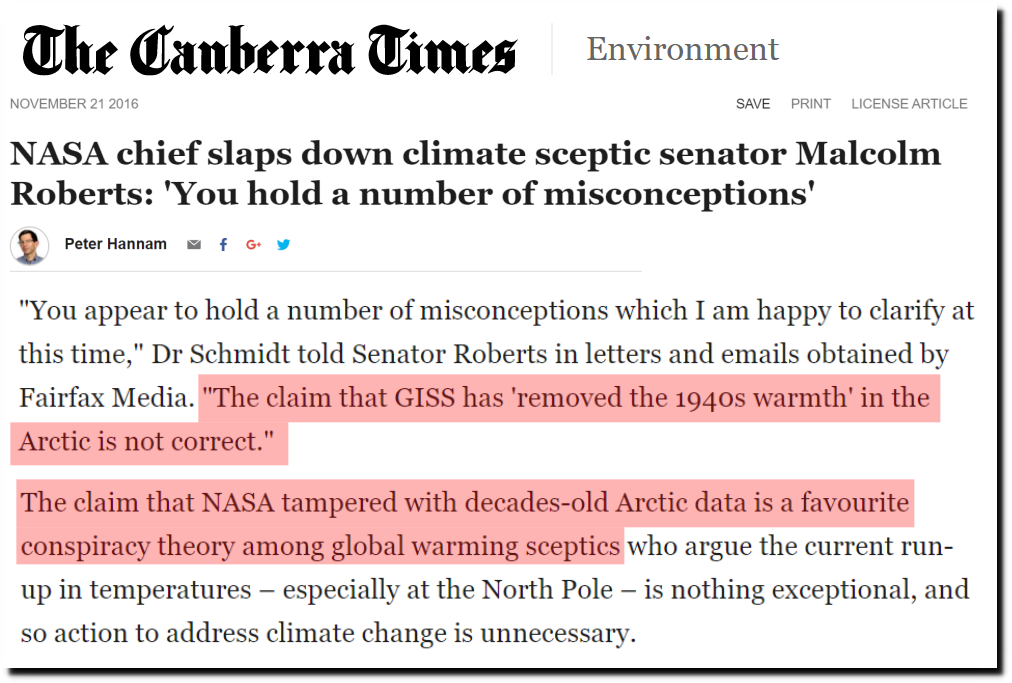 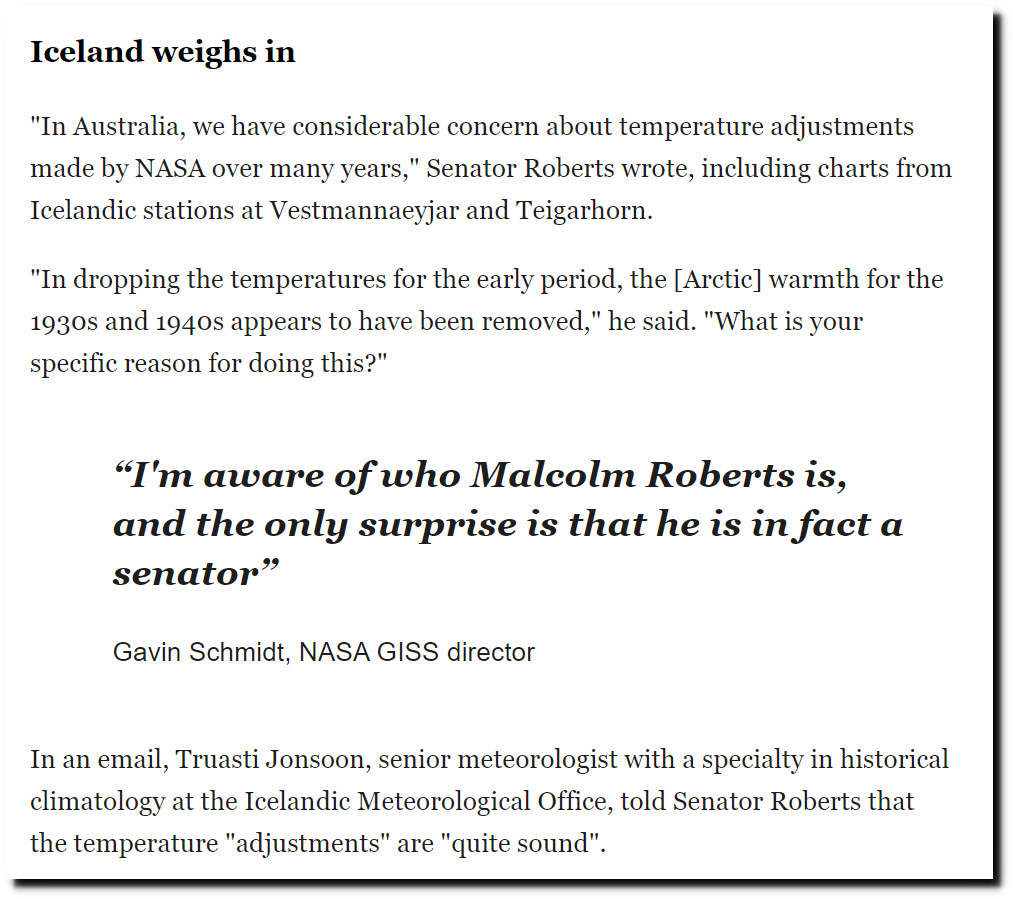 Gavin also said that NASA data isn’t theirs, it is actually NOAA data, and that they don’t take responsibility for it.

Three years later, the Canberra Times has since removed this story from their website, and NASA and NOAA have quietly stopped tampering with Iceland’s temperatures – thus confirming what they actually were removing the 1940s warmth without justification. Gavin told Senator Roberts they use NOAA data, yet the NASA web site claims that their data is independent, and that is proof that their graphs are real. Evidence of climate fraud by leading government agencies is readily available all over the Internet. By using the term “conspiracy theory” – climate alarmists hope to keep people from looking at what is happening right in front of their faces.

Australian MP Craig Kelly also has pointed out to me that the thermometer at Reykjavik is located immediately adjacent to lots of asphalt and traffic. 21 Responses to NASA ConfIrms Their Own “Conspiracy Theory”