A new study claims that CFC’s not only destroyed the Ozone layer, but they also overheated the Arctic. The authors believe that a 0.3 w/m² increase in downwelling longwave radiation caused this. That is less than 0.1% of the total DLWR. 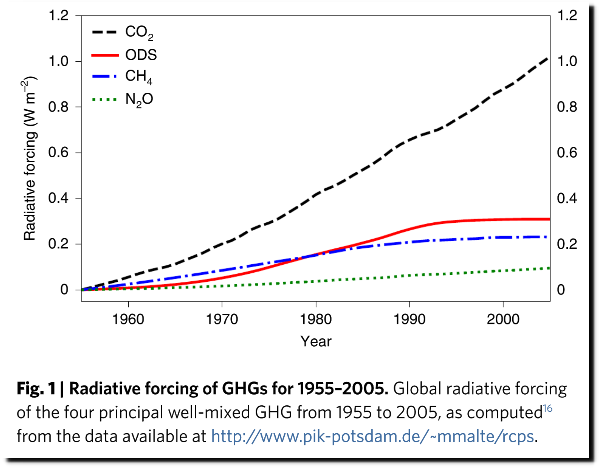 Had they done any actual research, they would have known sea ice was at the century low in 1955. The New York Times reported massive ice loss in 1958, and predicted an ice-free Arctic within a generation.

Arctic temperatures take huge swings and are cyclical, they have nothing to do with greenhouse gases. Climate alarmists want people to believe that the large amount of multi-year ice in the early 1980s were normal. 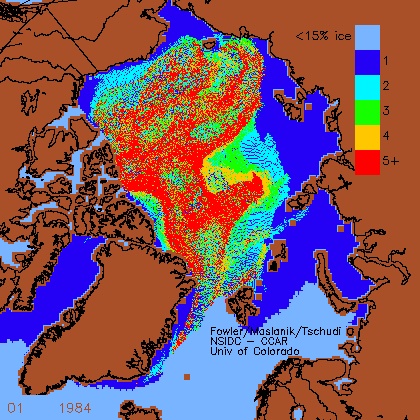 But in 1922, the ice between the north pole and Alaska was “thin, rotten, young” ice. 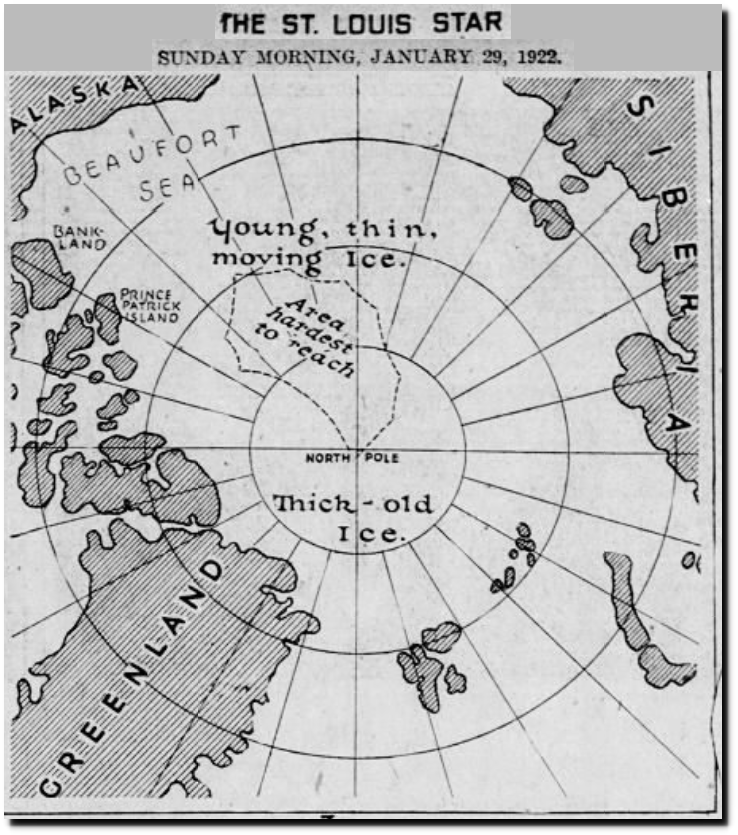 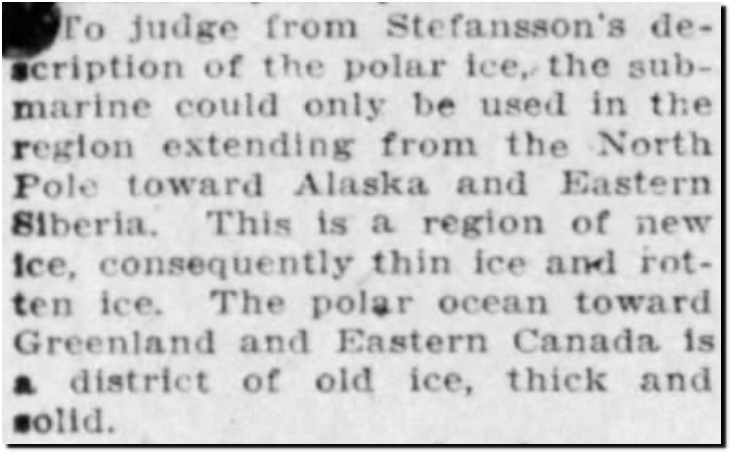 Arctic temperatures correlate with the AMO, not greenhouse gases.

And the Ozone Hole was just as big a scam as global warming. 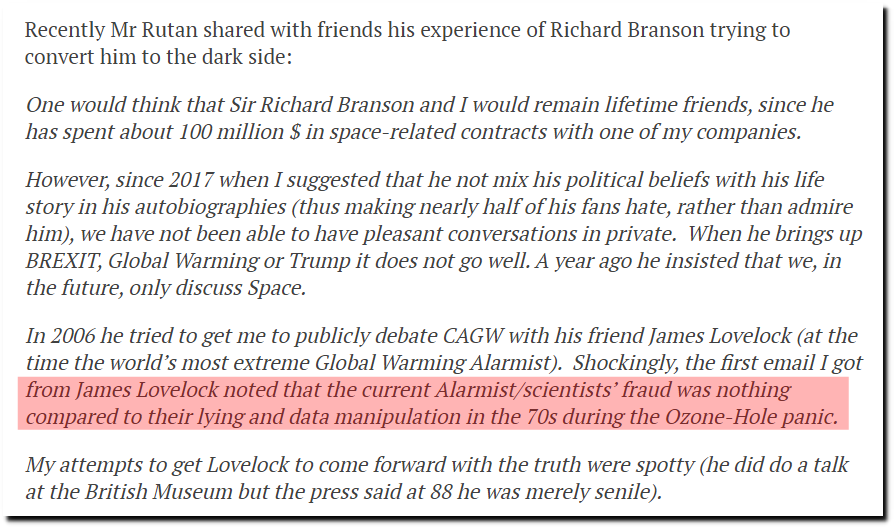 Rutan, Lovelock & Branson | Watts Up With That?

All junk science, all the time.