Saved From Extinction By Massive Bushfires 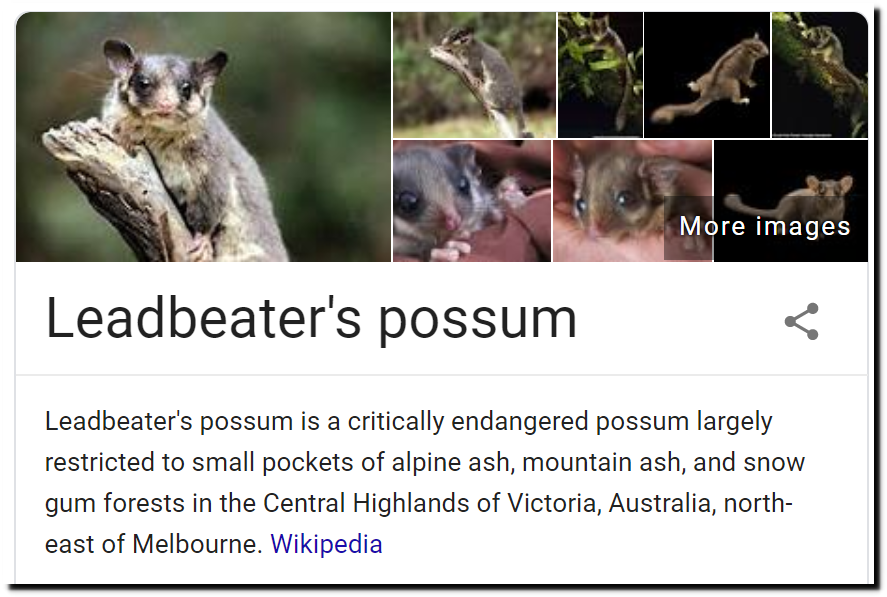 The Leadbeater’s Possum was presumed to be extinct in the early part of the 20th century. It requires young Mountain Ash forest to feed. But the massive fires of January 13, 1939 cleared out the old growth forest and was replaced with the young forest which the possums need. By 1990, the possum’s numbers may have been at a record high, but decades of fire suppression put them at risk again. 9 Responses to Saved From Extinction By Massive Bushfires