(Japan) has more than 90 coal plants and plans to operate 22 additional new plants. It relies on coal for more than a third of its power generation needs, resulting in an upward increase in carbon emissions. 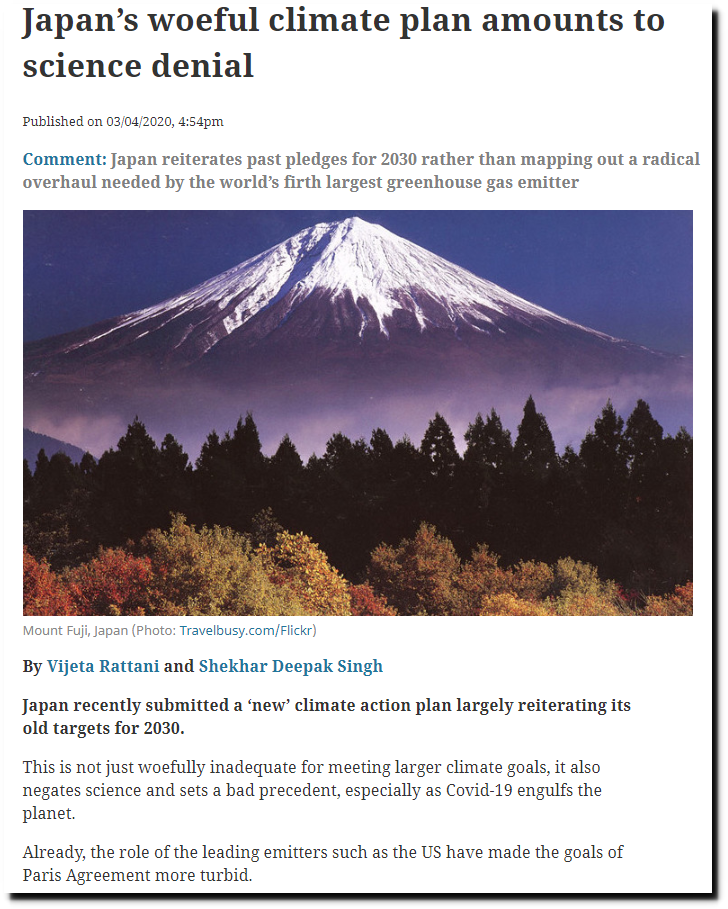 19 Responses to Japan Continues Their Leadership In Rejecting Junk Science