Self-Isolating For The Climate

Two women are self-isolating in Svalbard for the climate. The have been there seven months and have seen “rapid changes” in the climate. 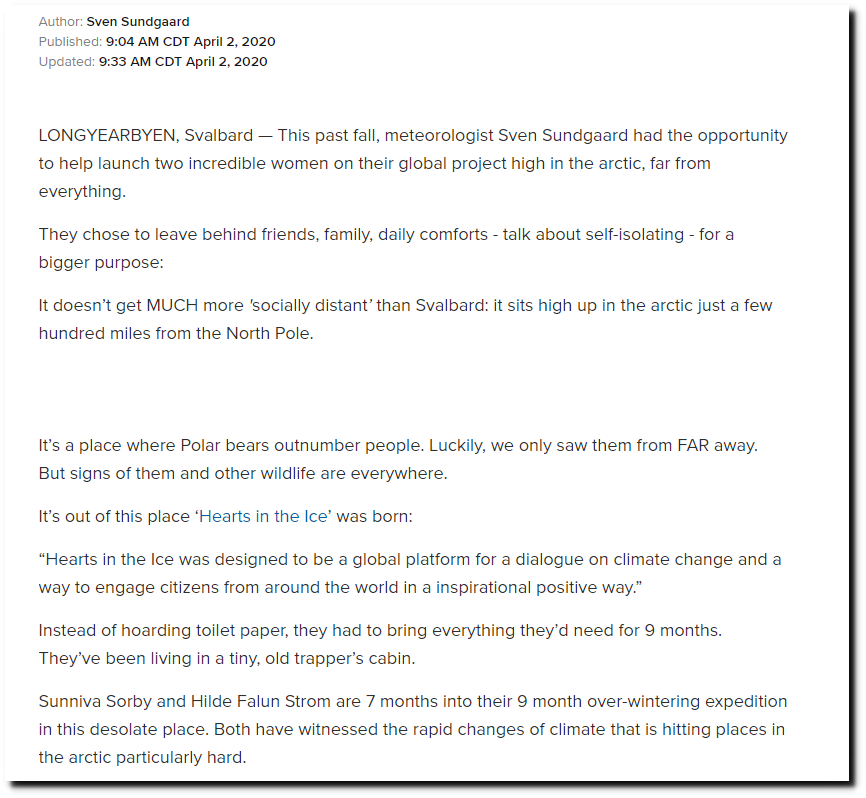 Hearts in the Ice: Two women ‘self-isolate’ to teach about climate change | kare11.com

Svalbard is almost completely surrounded by ice – the most ice they have had there for many years. 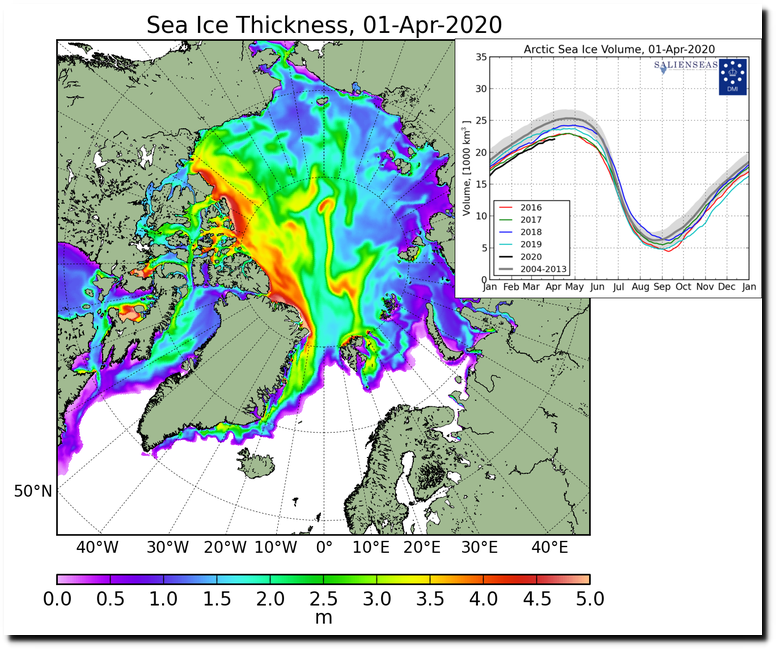 Seven months ago, a global warming research team got trapped in the ice there. That would have been around the time when the women showed up. 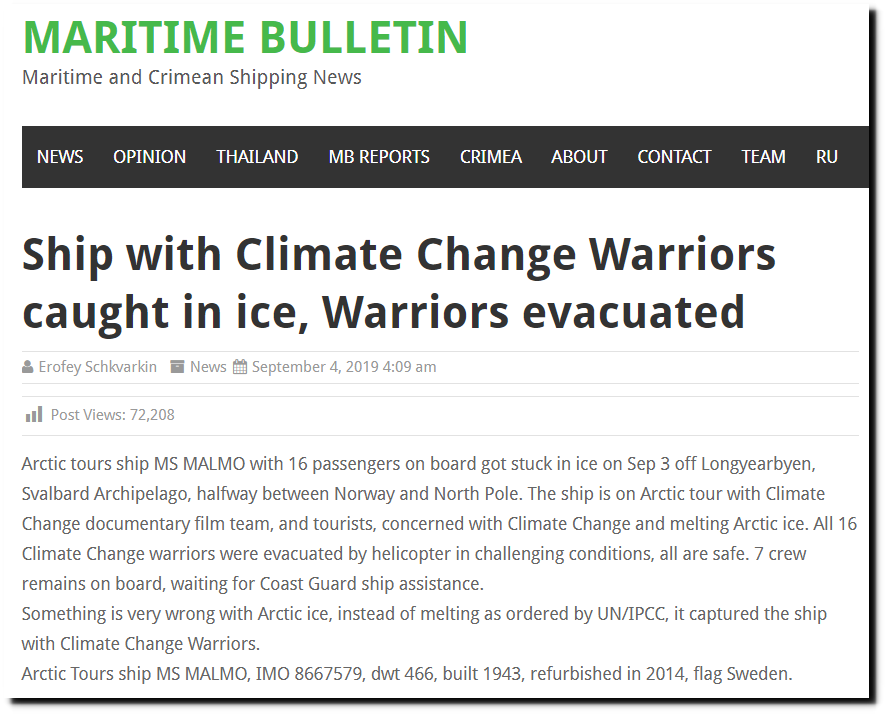 This is quite different from 98 years ago, when there was no ice around Svalbard all winter.

The women say they have seen climate change, when all they have seen is cold, snow and lots of Polar Bears. When there is money and publicity involved, no lie is too big.

25 Responses to Self-Isolating For The Climate