The press is full of stories that polar ice is melting six times faster than the 1990s. There has been no trend in temperatures at the capital of Greenland over the past century. 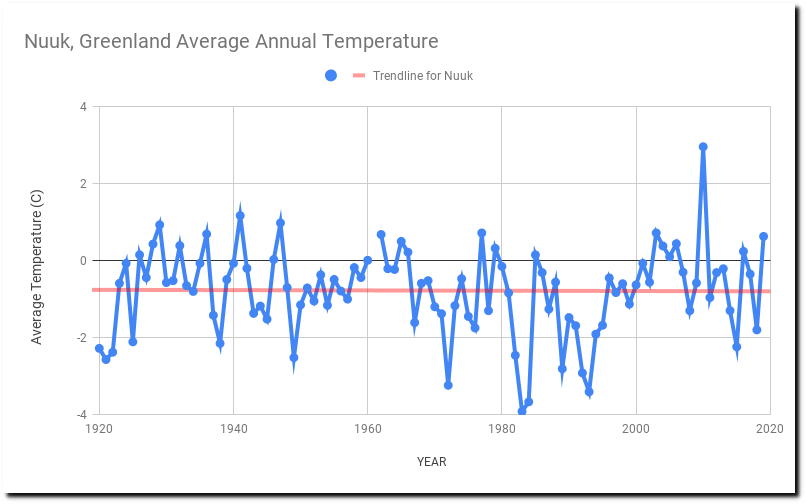 monthly data as text or CSV

As is normally the case, climate alarmists cherry-picked the lowest point of the graph to start their trend. It is the only way they can keep their fraud going. 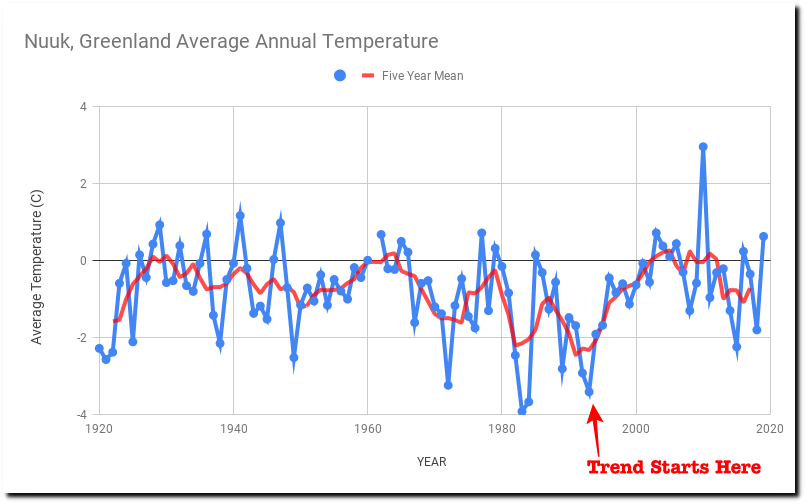